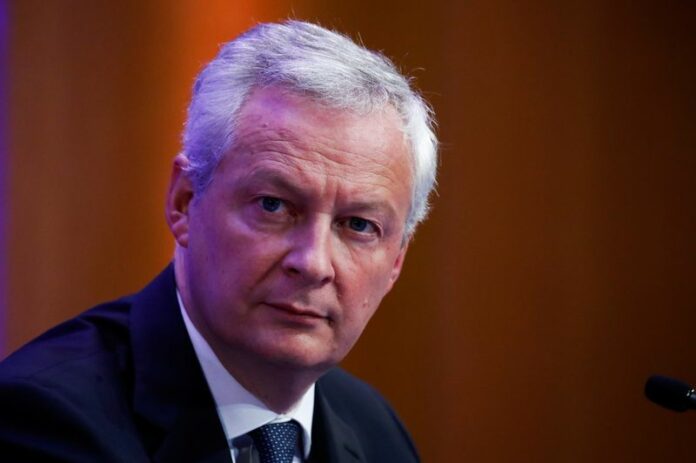 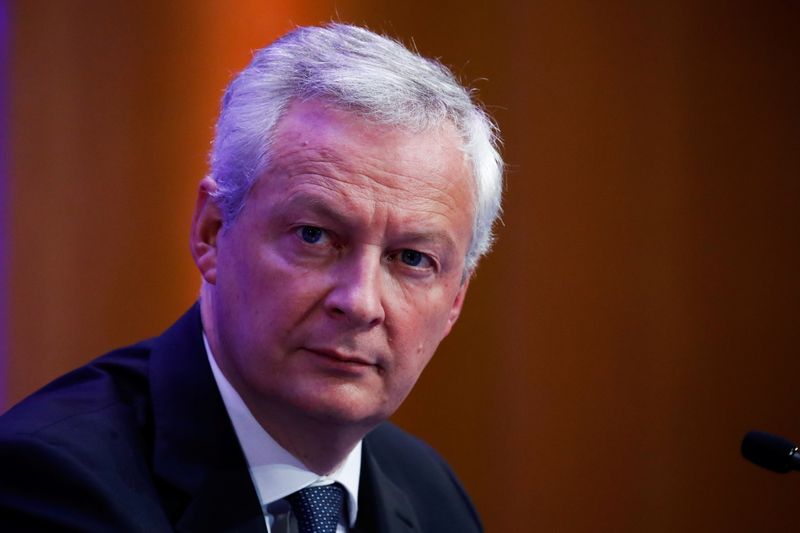 PARIS (Reuters) – French President Emmanuel Macron’s government defended its tax cuts and unprecedented pandemic spending on Wednesday as it turned in its budget plans for 2022, a presidential election year.

Seven months out from the vote, right-wing candidates have already attacked the government over the 130 billion euros ($152.5 billion) – nearly 6% of GDP – spent since the COVID-19 crisis erupted to keep households afloat.

“We spent the money making sure it went to good use,” Le Maire told reporters as he presented the 2022 budget. “We manage the budget seriously and responsibly, we are attached to keeping the public finances under control.”

Boosted by 70 billion euros in further stimulus that will have been spent by the end of 2021, the government forecasts the 2.3 trillion euro economy will grow 6% this year as it recovers from the crisis before slowing to 4% in 2022.

With the French economy bouncing back stronger than initially seen, the government has already trimmed back its budget deficit estimates for 2021 and 2022.

Despite the extraordinary strain on the public finances, Le Maire said the government would nonetheless have delivered 50 billion euros in tax cuts to households and companies over the course of Macron’s five-year term.

It now expects the public sector’s budget shortfall to drop from an estimated 8.4% of gross domestic product this year to 4.8% next year as the economy puts the coronavirus crisis behind it and support measures are withdrawn.

An independent budget oversight panel said the government may be overestimating the deficit as a strong job market rebound should result in better than expected tax income.

With France’s national debt burden expected to reach 116% of GDP this year, the panel urged the government to use any financial windfall to reduce debt, spurning the temptation to boost spending heading into an election year.

Le Maire said 8 billion euros that had originally been budgeted for crisis support measures in 2021, but were now no longer needed, would mostly be used to reduce the deficit.

However, 600 million euros would go to increasing subsidised energy vouchers by 100 euros to help poor households cope with surging prices over the winter.

Meanwhile, extra spending on a long-term public investment programme to be unveiled in the coming weeks and an income support plans to help young jobseekers would be added to the budget bill as it went through parliament, Le Maire said.

For 2022, Le Maire flagged an increase in spending on security — a hot-button issue ahead of the April election –with the military’s budget set to increase by 1.7 billion euros, the interior ministry by 1.4 billion euros and the justice ministry by 700 million euros.