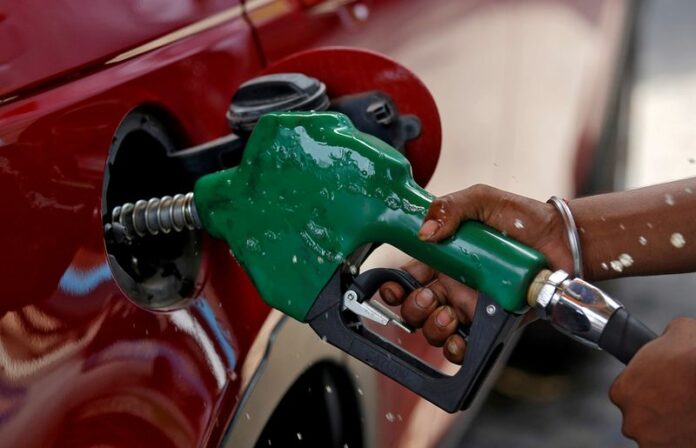 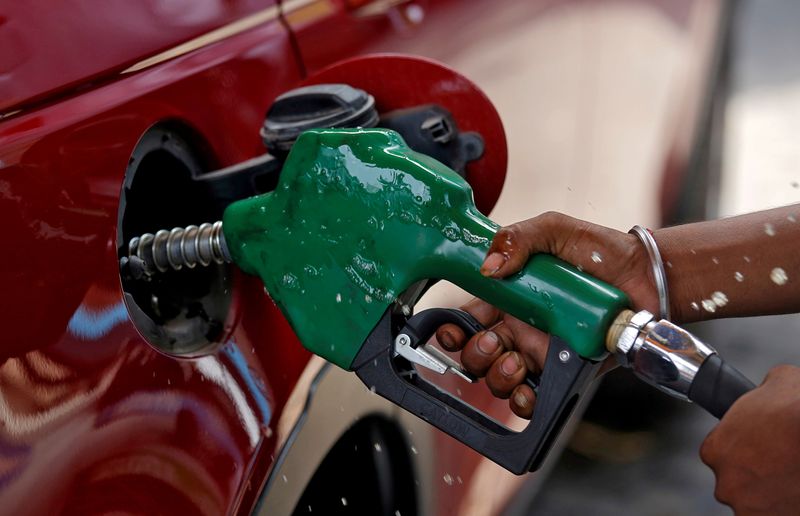 © Reuters. FILE PHOTO: A worker holds a nozzle to pump petrol into a vehicle at a fuel station in Mumbai, India, May 21, 2018. REUTERS/Francis Mascarenhas/File Photo

NEW YORK (Reuters) -Oil prices rose on Thursday, with Brent crude touching its highest level in more than two months, supported by growing fuel demand and a draw in U.S. crude inventories as production remained hampered in the Gulf of Mexico after two hurricanes.

“The reality is setting in – there’s more talk about global inventories tightening and there are concerns about supply issues going into winter,” said Phil Flynn, senior analyst at Price Futures Group in Chicago. Additional support may come as the White House takes a tougher line on Iran, he said.

On Wednesday, both contracts jumped 2.5% after the U.S. Energy Information Administration reported U.S. crude stocks in the week to Sept. 17 fell by 3.5 million barrels to 414 million – the lowest since October 2018. [EIA/S]

Also supporting prices, some members of the Organization of the Petroleum Exporting Countries (OPEC) and its allies have struggled to raise output after years of under-investment or delays to maintenance work during the pandemic.

On Wednesday, Iraq’s oil minister said OPEC+ was working to keep crude close to $70 per barrel as the global economy recovers. The group will meet on Oct. 4.

Iran’s export capabilities partially hinge upon reviving its 2015 nuclear deal. The window remained open but Tehran has not indicated whether it is willing to resume talks in Vienna, a senior U.S. official said.

The dollar, which usually has an inverse relationship with commodities prices, eased from a one-month high after the Federal Reserve signalled it would soon start reducing its monthly bond purchases and set the stage for higher interest rates next year, while leaving room to slow things if needed.

“Supply shortage of gas could encourage power utilities to shift from gas to oil if winter turns out to be colder this year,” ANZ analysts wrote in a note.

Natural gas prices have surged around the globe in recent months due to factors including increased demand particularly from Asia as it recovers from the pandemic, low gas inventories, and tight gas supplies from Russia.

U.S. drillers add oil and gas rigs for sixth week in a row

U.S. drillers add oil and gas rigs for sixth week in a row