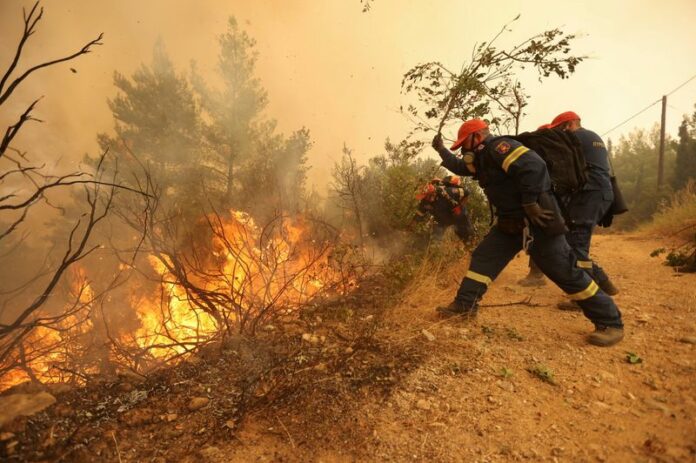 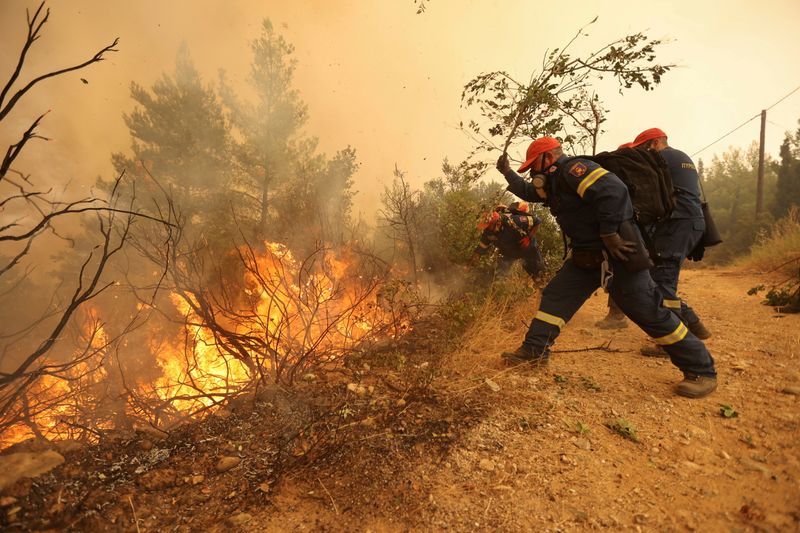 © Reuters. FILE PHOTO: Firefighters and volunteers try to extinguish a wildfire burning in the village of Galatsona, on the island of Evia, Greece, August 9, 2021. REUTERS/Nicolas Economou/File Photo

FRANKFURT (Reuters) – Banks in southern Europe are set to be among the hardest hit if climate change is not mitigated as their clients are most exposed to natural hazards such as wildfires, a European Central Bank study showed on Wednesday.

The ECB has run simulations on more than 1,600 euro zone banks to find out how they would cope with the consequences of climate change, such as natural disasters and the introduction of policies aimed at reducing emissions.

It found that the probability of default on bank loans would increase by 7% over the next 30 years in a “hot house scenario” in which nothing is done to limit climate change.

But that increase would be roughly twice as high for four countries. The ECB did not name them but a chart in the report showed Greece, Portugal, Spain and Malta had the highest proportion of companies exposed to physical risks stemming from climate change.

“While European countries are similarly exposed to transition risk when looking at tail firms … there are a few countries that show exceptional vulnerability to high physical risk,” the ECB said in the report.