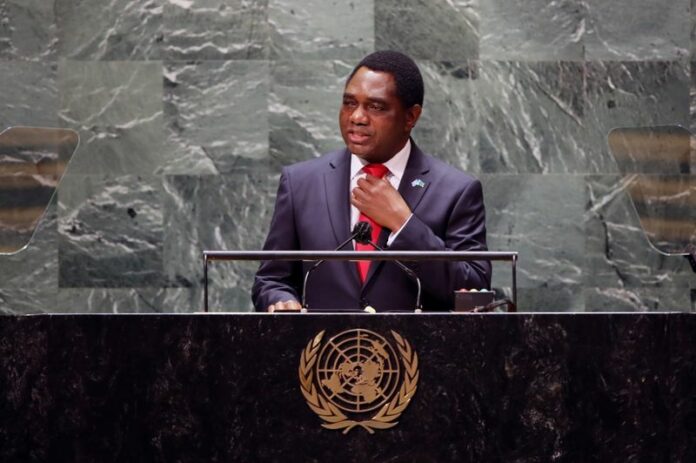 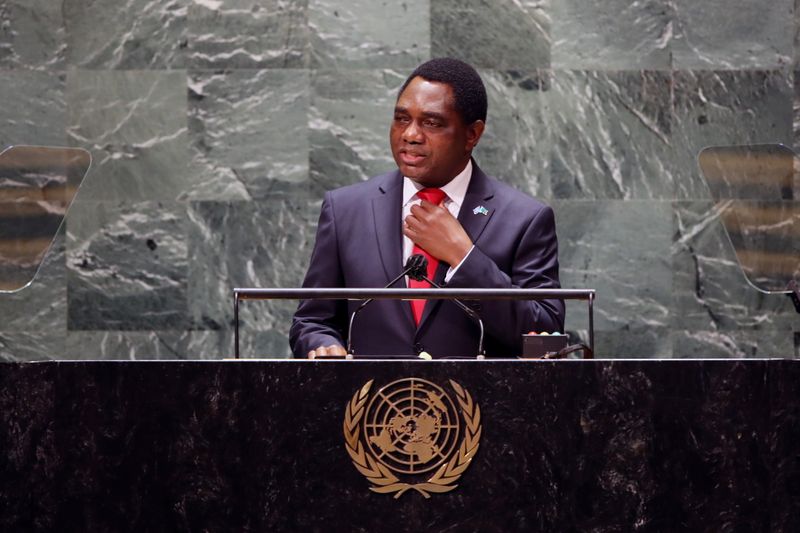 LUSAKA (Reuters) -Zambia’s president is due to meet officials at the International Monetary Fund and World Bank in Washington, his spokesman said on Wednesday, as the southern African nation tries to secure a lending programme to help it emerge from a debt crisis.

President Hakainde Hichilema’s spokesman, Anthony Bwalya, in a statement issued from New York, did not say when the meetings would take place.

In November, Zambia became the first African country to default on its sovereign debt during the COVID-19 pandemic after failing to keep up with payments on nearly $13 billion of international debt. About a quarter of this debt is held by either China or Chinese entities via deals shrouded in secrecy clauses, complicating negotiations for IMF relief.

Hichilema is in the United States for the U.N. General Assembly. He won a landslide election victory in August, beating incumbent Edgar Lungu, and has pledged to reduce the fiscal deficit, restore economic growth and review mining policies in Africa’s second-largest copper producer.

His finance minister said last month securing an IMF programme was critical to restoring creditor confidence and giving the government access to cheaper and longer financing.

Late on Wednesday, the White House issued some details of a meeting between the Zambian president and U.S. Vice President Kamala Harris saying the two agreed to deepen ties on issues like health and pandemic preparedness.

“The vice president applauded President Hichilema’s focus on prioritising necessary reforms and his efforts to stabilize and grow the Zambian economy”, the White House said.