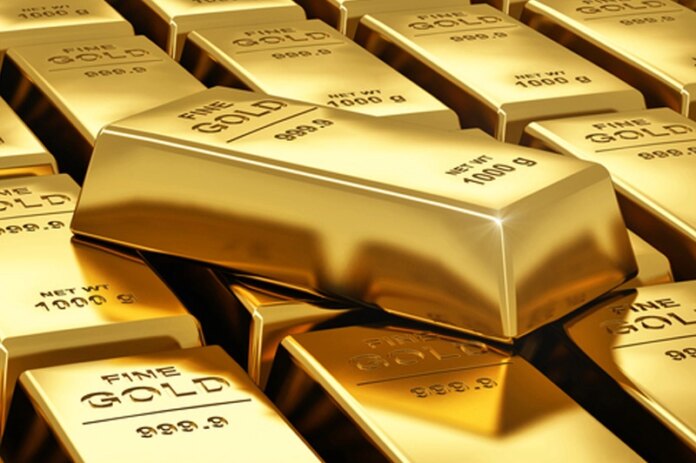 Investing.com – Gold prices fell below $1,750 an ounce on Thursday, scalped by the scythe of U.S. bond yields after the Federal Reserve said it will likely end its pandemic-related stimulus support for the American economy by mid-2022 and embark on a rate hike from end of next year.

It was the second time in a week that gold had lost about 2% or more in response to the potential impact from Fed changes to its stimulus and rate hike.

December gold had traded to as high as $1,788.25 on Wednesday before the central bank laid out its purported timetable for ending its monthly bond buying of $120 billion and rate hike from the current zero to 0.25%.

“It hasn’t been the best couple of days for gold, with the Fed’s plans to taper and maybe hike next year not exactly conducive with a strong rally in the yellow metal,” said Craig Erlam, analyst at online trading platform OANDA.

Gold particularly came under pressure on Thursday after yields on the benchmark U.S. 10-year Treasury note hit above 1.4% for the first time since July. The yield is an indicator of market expectations about real inflation and how quickly the Fed will have to react to curb pressures.

Fed Chair Jay Powell at the conclusion of the central bank’s monthly policy meeting on Wednesday repeated his mantra that inflation was trending above the Fed’s target of 2% per annum due to the higher costs of doing business in a pandemic-constrained economy.

The market has consistently shown that it has little faith in the Fed to be able restrain inflation and sent bond yields to multiple-year highs since the end of 2020 to reflect that. Gold, a non-yielding asset branded as a safe haven, has been the principal victim of yield hikes.

After the gas crisis, the Arctic could be Russia and Europe's next flashpoint