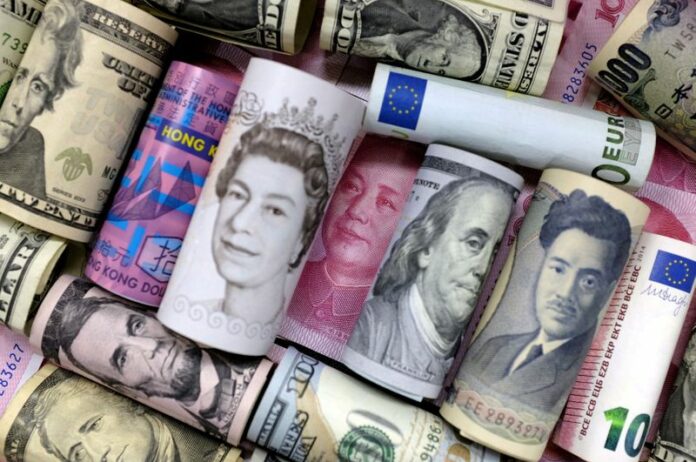 (Reuters) – Central banks that launched massive emergency support to fight the pandemic last year are now planning a global turn in the other direction, with gaps already emerging in their perceived risk of inflation, the need to respond to it, and the pace of the likely return to normal monetary policy.

They are confronted with common supply shocks and common risks around a pandemic that continues to shape commerce.

“Globally we are still in for a long process,” of reopening and adapting to the post-pandemic economy, St. Louis Federal Reserve President James Bullard said this week in a Reuters interview.

But the reopening, and particularly the associated inflation, is being felt differently across the developed world, testing officials’ understanding of the post-pandemic economy and their ability to hit a shared 2% inflation target without derailing global growth.

The heads of the world’s four major central banks gather for a mostly virtual European Central Bank forum on Wednesday, and if last year was marked by a uniform rush to stave off the worst, their exit strategies are already diverging.

That’s led to major policy scuffling both in Europe and the United States over how much inflation risk central banks should tolerate as they try to make up for sluggish prices in the years since the Great Recession a decade ago – a major gamble, in effect, over whether the post-pandemic world will work the same as before.

Policy divergence among the world’s major central banks can influence markets worldwide, shifting capital flows, exchange rates and trade patterns. There may even be limits on how far a central bank like the Fed might go in normalizing policy or raising interest rates if major partners like the ECB aren’t moving in the same direction.

It is still early in the transition from the pandemic, but differences are already emerging.

“The key challenge is to ensure that we do not overreact to transitory supply shocks,” ECB President Christine Lagarde said at her bank’s premier research conference on Tuesday, and policy “must remain focused on steering the economy safely out of the pandemic emergency” rather than squelching any short-term increase in prices.

Like the ECB, the Fed is also banking on inflation easing largely on its own. But discussion of the risks has become more prominent, and in projections last week virtually all Fed officials said it was more likely inflation would run hotter than expected than otherwise.

Even as Lagarde spoke, Fed Chair Jerome Powell testified to the U.S. Congress about “bottlenecks, hiring difficulties, and other constraints” that have led the Fed to project inflation this year at 4.2%, twice the official target, and may make it more persistent.

The potential problems are manifold. The pandemic still rages, and while businesses and consumers have adapted to a large degree, it still shapes who is showing up for work, what goods and services get produced, and how fast those goods are moved around the planet and how smoothly those services are delivered.

Workers are moving back into jobs, but more slowly in many places than anticipated. The supply shocks that began with the first coronavirus shutdowns in 2020 continue to reverberate, whether in the form of fuel shortages in the UK, German auto plants waiting for computer chips, U.S. factories lacking industrial goods, backlogged shipping routes, or rising prices.

The Fed last week said it was nearing its first steps to wind down the emergency bond buying launched in March of 2020, and half of U.S. policymakers at their most recent meeting now say interest rates may need to increase next year.

For the Bank of England, the tipping point may already be in view, with markets expecting a rate increase no later than February, and yearly price increases of 4% beginning to show in public opinion.

“Talk of a ‘cost of living’ crisis is gaining traction … and the public may be looking at the BoE to lean against inflation risks coming out of the pandemic,” Deutsche Bank (DE:DBKGn) economist Sanjay Raja wrote in a note to clients on Friday.

Bondbuying through its Pandemic Emergency Purchase Programme will decline under the legislation that authorized it. But the bank is expected to expand other programs to partly compensate, with Lagarde arguing inflation remaining below the 2% target is a bigger risk than prices soaring persistently above it.

Looking back on the last decade it’s a natural concern.

By 2012 all the major central banks had fixed 2% as their preferred inflation target, then proceeded to persistently run short of it through a decade of sluggish growth.

The policy bias is now to err on the other side – and to hope the world cooperates.