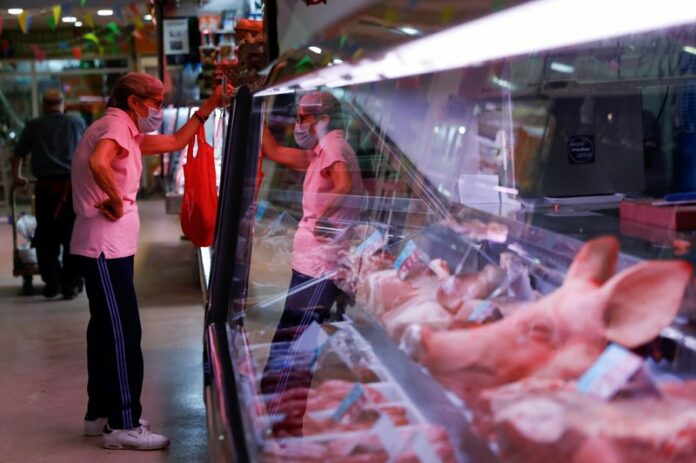 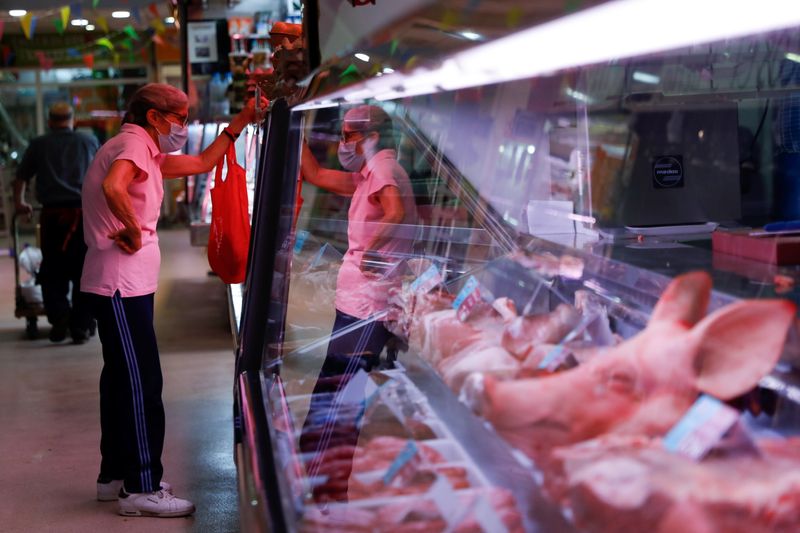 © Reuters. A woman wearing a face mask shops at a market in Madrid, Spain, May 31, 2021. REUTERS/Susana Vera

MADRID (Reuters) -Spain’s inflation surged to a 13-year-high in September as consumer prices rose a higher than expected 4% year-on-year, official data showed on Wednesday, adding pressure on the European Central Bank to potentially tighten its policy.

The highest reading since September 2008, when the rate was 4.5%, was fuelled by energy costs and to a lesser extent by the prices of tourism packages and vehicle fuels and lubricants, according to the National Statistics Institute (INE).

One of the first euro zone countries to release inflation data for September, Spain is also seeing one of the fastest rolling 12-month price increases.

INE data also showed Spain’s EU-harmonised consumer price index rose by 4.0% in September on an annual basis, also a 13-year record, up from 3.3% in August. Analysts polled by Reuters had expected a 3.7% price increase.

Analysts, bankers and regulators insist the price hike is temporary though the speed to a return to central bank target of 2% is disputed.

“The inflation episode is temporary and there is consensus on that, but it seems it will last longer than initially thought,” Jose Antonio Alvarez, CEO of Spain’s largest bank Santander (MC:SAN), said on Wednesday.

Spiralling energy costs have also pushed Spanish industrial prices up 18% year-on-year, the fastest pace since May 1980. Higher industrial prices are usually passed on into consumer prices, at least partly, within weeks.

European Central Bank President Christine Lagarde on Tuesday urged caution before tightening the ECB’s ultra-easy policy, saying the bank would only react to a durable inflation upswing, while right now it saw no signs of a broad-based increase.

Although inflation could rise as high as 4% by the end of this year, twice the targeted rate, Lagarde argued that price growth will then quickly sink back below the bank’s target and languish under its 2% objective for years to come.

A big policy move is still expected in December, when the bank is likely to decide to end a 1.85 trillion euro pandemic emergency stimulus scheme.