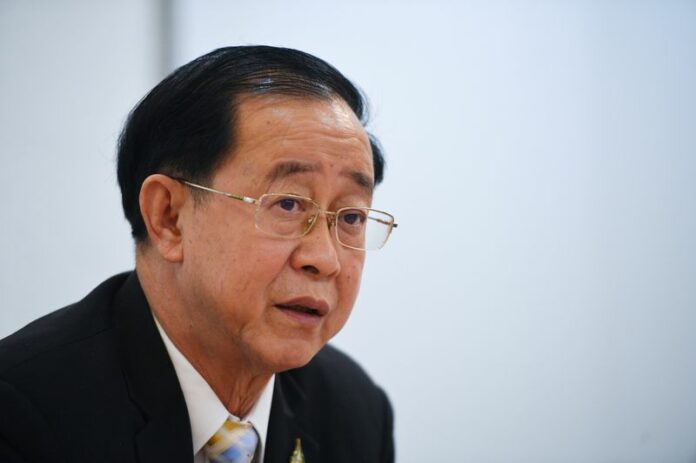 BANGKOK (Reuters) – Thailand’s finance minister said on Wednesday that monetary policy needed to be kept accommodative and be in step with fiscal policy to support Southeast Asia’s second-biggest economy.

Speaking to a business seminar, Finance minister Arkhom Termpittayapaisith also said that exports should be able to underpin economic growth this year.

“Monetary policy must be accommodative to allow fiscal policy to work,” he said. “Our borrowing is useful for the economy at the moment”.

The central bank is widely expected to hold its key interest rate at record low of 0.50% later on Wednesday.

Last week, the government raised the public debt ceiling https://www.reuters.com/world/asia-pacific/thailand-raises-public-debt-ceiling-fight-covid-19-outbreak-2021-09-20 for more fiscal flexibility and future borrowing if required, a move backed by the central bank.

The government will borrow domestically for now but may seek foreign loans if the economy recovers, Arkhom said.

Despite a prolonged coronavirus outbreak, “we still see light at the end of the tunnel”, he said, adding the economy should grow this year.

The country needs ‘economic vaccines’ to fight the outbreak, he said, referring to more measures to support the economy that will be introduced later this year to boost consumption and support smaller firms.