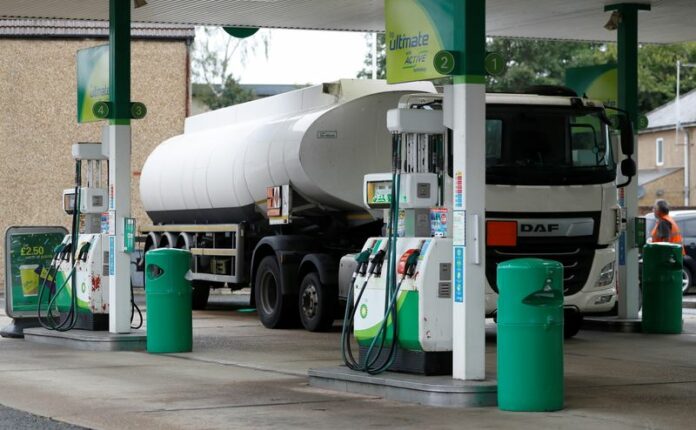 British military to help with fuel deliveries from Monday 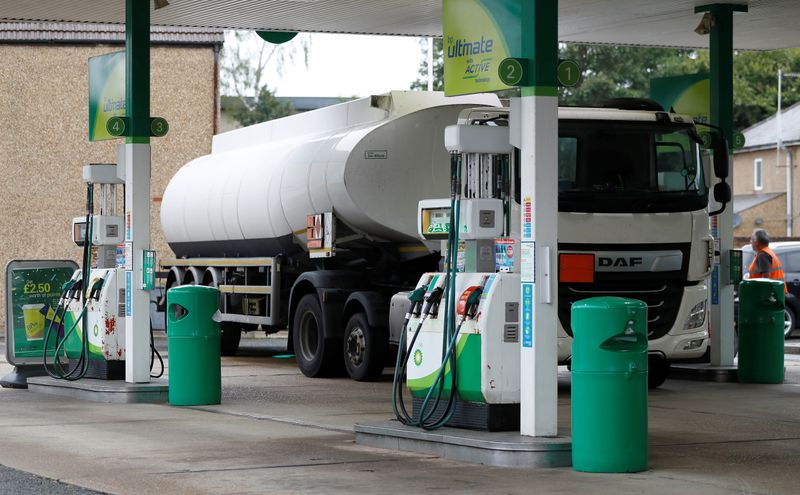 © Reuters. A fuel tanker is parked during a fuel delivery to a BP filling station in Hersham, Britain, September 30, 2021. REUTERS/Peter Nicholls

LONDON (Reuters) – Britain will deploy almost 200 military tanker personnel, 100 of which are drivers, from Monday to assist with fuel deliveries to gas stations and help address a shortage of heavy goods vehicle (HGV) drivers, the government said on Friday.

Many British gas stations were still dry on Friday after a chaotic week that has seen panic-buying, fights at the pumps and drivers hoarding fuel in water bottles after the acute shortage of truckers strained supply chains to breaking point.

Ministers in Prime Minister Boris Johnson’s government have insisted for days that the crisis is abating or even over, but retailers said more than 2,000 gas stations were dry and Reuters reporters across London and southern England said dozens of pumps were still closed.

The government said the military personnel are currently undertaking their training at haulier sites across Britain.

“While the situation is stabilising, our Armed Forces are there to fill in any critical vacancies and help keep the country on the move by supporting the industry to deliver fuel to forecourts,” said Defence Minister Ben Wallace.

Some of the truck drivers said they would decline the visas because the timeframe was not long enough.

On Friday, the government tweaked those plans, introducing a bespoke scheme to allow up to 300 fuel tanker drivers to come to the UK immediately but on a temporary basis.

The government said the 5,500 poultry workers will arrive from late October and be able stay until the end of December.

“The introduction of these temporary, time-limited visa measures, does not detract from our commitment to upskill and increase the wages of our domestic labour, but is in recognition of the extraordinary set of circumstances affecting the stability of the UK supply chain,” it said.