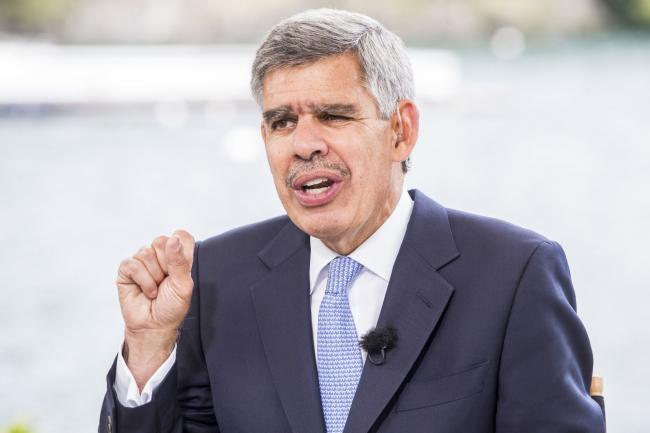 © Bloomberg. Mohamed Aly El-Erian, chief economic advisor for Allianz SE, gestures as he speaks during a Bloomberg Television interview on the sidelines at the Ambrosetti Forum in Cernobbio, Italy, on Friday, Sept. 6, 2019. The 45th annual forum is titled

(Bloomberg) — Mohammed El-Erian has some advice for Federal Reserve Chairman Jerome Powell about tapering: Get going.

The bond-market influencer has for months urged the Fed to reduce its asset purchases before inflation runs rampant and batters financial markets. A week ago, Powell said the U.S. central bank could begin scaling back in November and complete the process by mid-2022.

“When it comes to an orderly taper, the window is closing,” El-Erian, the chief economic adviser at Allianz (DE:ALVG) SE and president of Queens’ College, Cambridge, said Friday on Bloomberg TV’s The Open.

He pointed to the U.S. housing market to make his case for speeding things up.

“We’re still buying $40 billion of mortgages every month,” he said, referring to the Fed’s emergency liquidity injections introduced early in the pandemic. “The problem in the housing market is not that it needs support. It’s that it is pricing out Americans. Americans can no longer afford what’s happening in the housing market.”

Record price increases and intense competition are crushing prospects for U.S. homeownership. First-time buyers accounted for 29% of existing-home sales in August, the lowest share since January 2019 and below the five-year average of 32%, according to the National Association of Realtors. The share of government-backed mortgages often used for purchases by young people has also plunged since the start of the pandemic.

“We’re still buying $120 billion of assets every single month, what we have been buying since the worst of the Covid crisis,” he added, referring to the Fed’s overall asset-purchase program. “Does it make sense in this environment when demand isn’t a problem, when the bond markets are wide open?”

El-Erian, who also writes for Bloomberg Opinion, addressed the matter is his column on Friday.