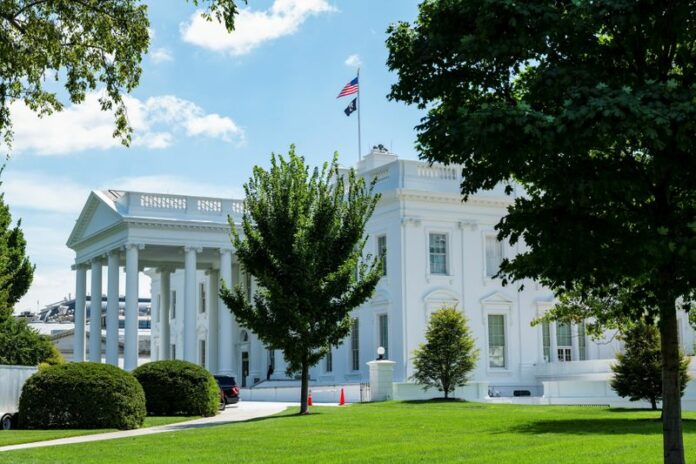 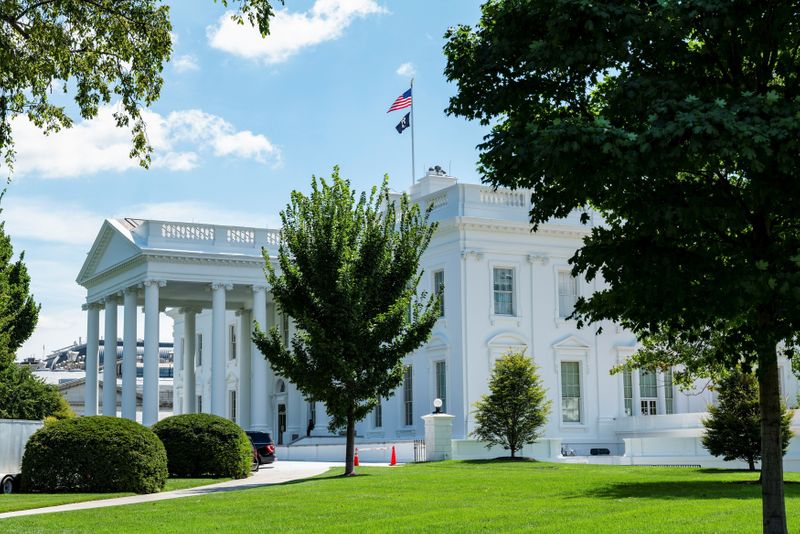 © Reuters. FILE PHOTO: The exterior of the White House is seen from the North Lawn in Washington, U.S., August 19, 2021. REUTERS/Cheriss May

By Jarrett Renshaw and Timothy Gardner

WASHINGTON (Reuters) -The White House and top Democratic lawmakers have agreed to boost a tax credit for industrial carbon capture projects in a deal that could help solidify support for the budget reconciliation bill at the heart of President Joe Biden’s economic agenda, two sources with knowledge of the matter said.

The agreement worked out by White House officials and lawmakers, including Senators Ron Wyden and Sheldon Whitehouse and some of their counterparts in the House, would raise the so-called 45-Q tax credit for carbon capture projects in heavy industry, such as cement and steel plants, to $85 per metric ton, up from $50.

The White House and Senator Whitehouse did not immediately respond to requests for comment. A spokesperson for Wyden said conversations are ongoing.

The incentives, if passed, could help Biden with his climate goals by getting more industrial plants to invest in heavy equipment that siphons off carbon dioxide (CO2) emissions for permanent storage underground, preventing the gas from reaching the atmosphere.

The deal would also waive “capture rate” requirements that say that plants must sock away a high percentage of carbon to be eligible. That could allow more plants to begin to get some credit for investing in initial carbon credit units.

Still, some environmentalists say the technique may never enter wide commercial use as it is expensive to build, certify, and operate. Many projects, such as Petra Nova in Texas, have stopped operations in recent years.

U.S. Representative Cheri Bustos, a Democrat who has sponsored carbon capture legislation, said the deal was welcome news. Raising the credit “would drastically increase our carbon capture capacity by 2035 and create tens of thousands of new jobs,” including at ethanol and manufacturing plants in rural states, Bustos said in a statement.

Current 45-Q tax credits allow polluting plants to claim $50 per ton of carbon dioxide they sequester and $35 a ton for projects where carbon is captured and then used to push more crude oil from aging oilfields.

The agreement does not yet cover the power sector, which includes coal and natural gas plants, the source of about one-third of U.S. CO2 emissions.

Discussions are progressing on boosting the carbon capture credit for power plants that could get Manchin on board, the sources said. Manchin’s vote is key for passage of the reconciliation bill in the Senate which is divided 50-50. He has said that the original $3.5 trillion bill is far too costly.

Manchin’s office did not immediately respond to a request for comment.

Biden and his fellow Democrats are hoping to pass the reconciliation bill on a party line vote in both legislative chambers along with a smaller bipartisan infrastructure bill.