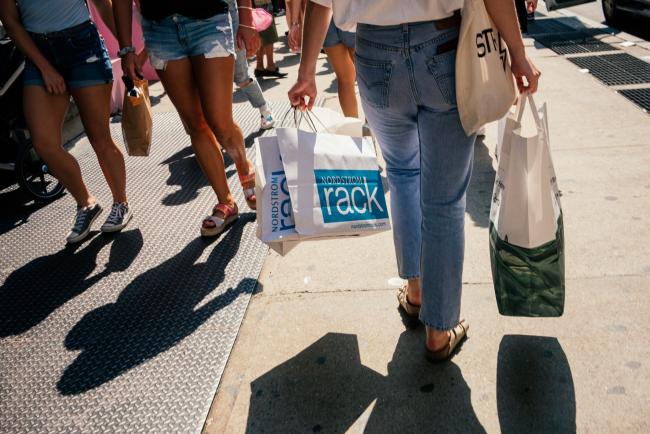 The University of Michigan’s final sentiment index rose to 72.8 from the preliminary reading of 71, data released Friday showed. The figure exceeded the median forecast in a Bloomberg survey of economists and compared with an August print of 70.3.

“Consumer sentiment edged upward in late September,” Richard Curtin, director of the survey, said in a statement. “Although the overall gain still meant the continuation of depressed optimism, initially sparked by the delta variant and supported by a surge in inflation and unfavorable long-term prospects for the national economy.”

The slight improvement in sentiment suggests that concerns about the delta variant are beginning to ebb as new Covid-19 cases fall in most states. While high prices and ongoing health concerns persist as headwinds for sentiment, overall consumer spending remains elevated.

A separate report Friday showed personal spending growth accelerated more than forecast in August, increasing 0.8% in the month after declining 0.1% in July. Adjusted for inflation, that figure rose 0.4% after a 0.5% decline in the prior month.

Buying conditions for homes, vehicles and durable goods deteriorated from August due to high prices, according to the University of Michigan report. That said, the buying climate for durables improved from earlier last month.

The gauge of current conditions rose to 80.1 from 77.1 in the initial print, while a measure of future expectations improved to 68.1, according to the survey conducted Aug. 25 to Sept. 27.