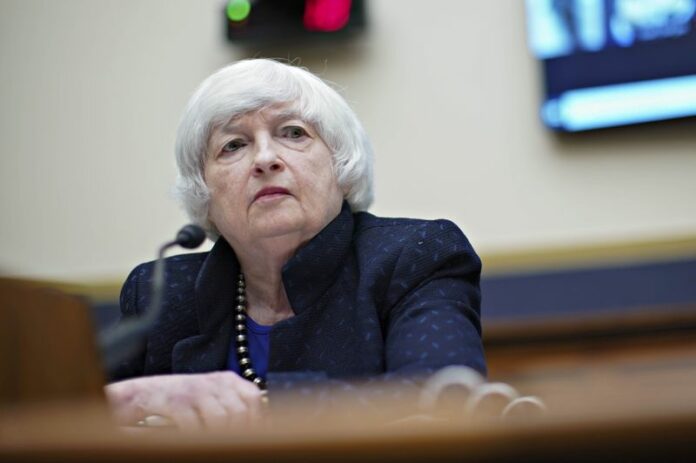 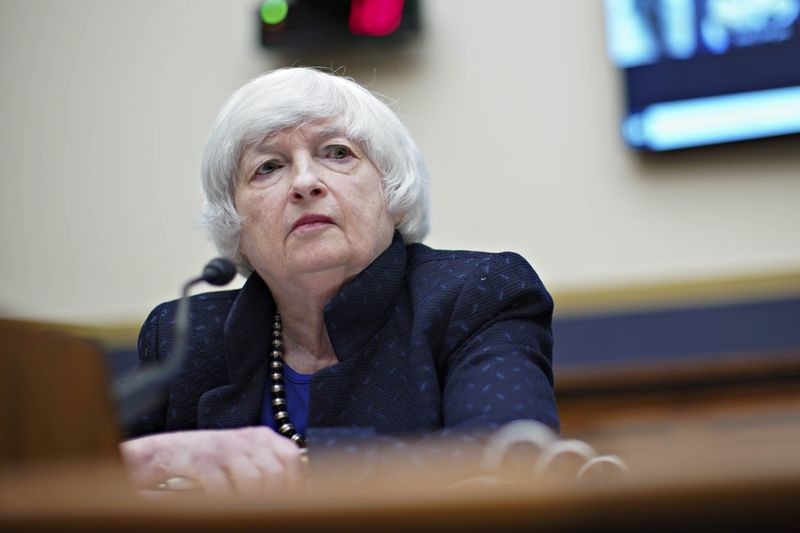 (Reuters) -Treasury Secretary Janet Yellen on Thursday agreed that any default on U.S. debt would cause irreparable harm as well as an ensuing financial crisis and recession.

Yellen, asked by a member of the House Financial Services Committee if the damage done by failure to meet the federal government’s debt obligations would be “irreparable,” answered: “Yes.”

Her remarks were the latest in a series of dire warnings Yellen has issued as Congress remains deadlocked over the matter of lifting or suspending the debt limit amid wrangling over the legislative agenda of the Democratic majority and Biden administration.

Yellen has said the government will run out of cash around Oct. 18 unless Congress raises the limit on the federal debt, currently capped at $28.4 trillion. After that date, the Treasury would be “simply in an impossible situation,” Yellen said during an appearance before the committee on Thursday. “We won’t be able to pay all of the government’s bills.”

The debt ceiling came back into effect in August after a two-year suspension, and the Treasury Department has been employing “extraordinary measures” to fund the government since. Yellen earlier this week told lawmakers those measures will be exhausted around the middle of October, earlier than most analysts had expected, after which the government will have insufficient funds to meet all of its obligations, ranging from Social Security payments to the principal and interest due on Treasury bills, notes and bonds.

Failure to meet those obligations would mark a first-ever U.S. default, which Yellen has repeatedly said would be “a catastrophe.”

“We’re likely to end up with a financial crisis, certainly a recession,” Yellen told the House committee on Thursday. It would also have “longer-lasting consequences of higher interest rates for everyone who borrows.”

That’s because the U.S. credit rating would certainly be slashed, and international creditors who have long owned Treasury debt on the basis of it being backed by “the full faith and credit” of the U.S. government would no longer view those securities as “risk free.” That would make it more expensive for the federal government – and everyone else – to borrow.

Federal Reserve Chair Jerome Powell said the U.S. central bank’s ability to contain the fallout of such an event is limited.

“No one assume that we can really do much,” Powell told lawmakers on Thursday. “No one should assume the Federal Reserve or anyone else can shield the American people from the consequences of that.”