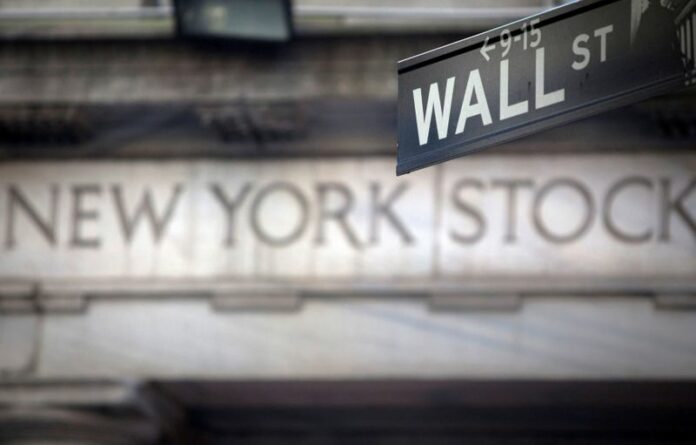 NEW YORK (Reuters) – Wall Street stocks surged to a higher close on Friday, entering the final quarter of 2021 in a buying mood boosted by positive economic data, progress in the battle against COVID, and Washington developments on the potential passage of an infrastructure bill.

The rally gained momentum after the White House announced U.S. President Joe Biden was getting more involved in negotiations over the infrastructure spending bill being debated on Capitol Hill.

Even so, all three indexes ended below last Friday’s close, falling between 1.4% and 3.2%, with the S&P 500 and the Nasdaq Composite posting their biggest weekly percentage drops since February.

“There was a broad based recovery today. Markets were not fixated today on new taxes or tapering,” said David Carter, chief investment officer at Lenox Wealth Advisors in New York.

“In a shift from the past few weeks there’s been no big news from Washington, so markets were forced to focus on positive economic data and a new COVID medication.”

Merck & Co Inc revealed that a recent study showed its experimental oral drug for COVID-19 cut risk of death and hospitalization by about 50%, sending its shares jumping 8.4% and boosting economic reopening sentiment.

While Biden signed into law a stop-gap bill to keep the government running through Dec. 3, lawmakers only succeeded in kicking the can down the road.

This lack of resolution prompted rating agency Fitch to warn that the United States’ ‘AAA’ credit rating could be at risk.

“Markets don’t believe the debt will be downgraded or a debt ceiling deal won’t be struck but it still adds uncertainty which is always a problem for the markets,” Carter added.

Philadelphia Fed President Patrick Harker repeated his view expressed in a speech on Wednesday that he believes the central bank should begin tapering its asset purchases “soon,” but reiterated that he did not expect it to hike key interest rates until late next year or early 2023.

Of the 11 major sectors in the S&P 500, all but healthcare stocks ended higher.

The sector was weighed down by a 11.4% drop in shares of COVID vaccine maker Moderna (NASDAQ:MRNA) Inc in the wake of the Merck news.

Economic optimism prompted value stocks to outperform growth, and transports and smallcaps to fare better than the broader market.

Advancing issues outnumbered decliners on the NYSE by a 2.17-to-1 ratio; on Nasdaq, a 1.63-to-1 ratio favored advancers.

Volume on U.S. exchanges was 11.02 billion shares, compared with the 10.70 billion average over the last 20 trading days.