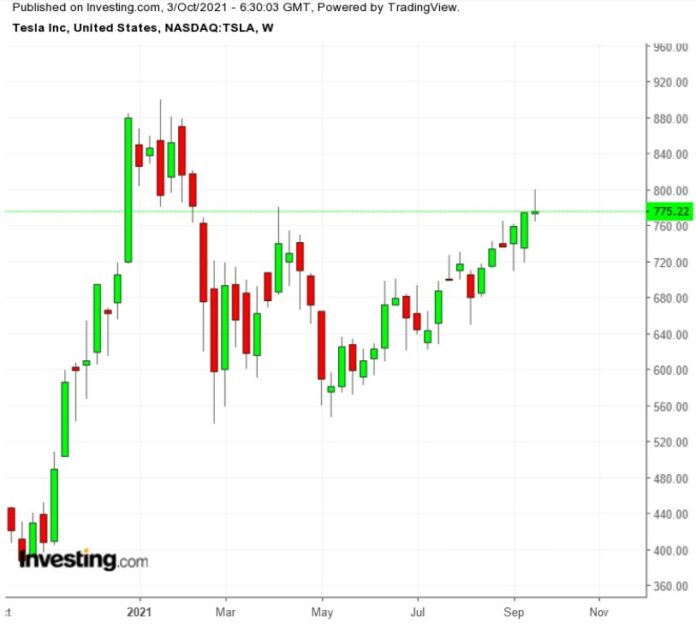 After experiencing some weakness during September, the US equity market faces October with lots of headwinds driving uncertainty—the COVID-19 pandemic continues to gum up global supply chains, boosting inflation and forcing many companies to struggle with meeting their production targets.

All this hurt investor sentiment in September and kept major indices under pressure. The S&P 500 finished the month down 4.8%, its worst performance for the timeframe since March 2020, when the pandemic caused a major market sell-off. The broad benchmark also closed 5% below its record high for the first time this year.

Beyond those macro trends, below we highlight three stocks which could see some action in the upcoming week, due to company-specific developments:

Tesla (NASDAQ:TSLA) shares may see some action when markets open on Monday after the electric vehicle (EV) maker reported over the weekend that it delivered more cars than analysts had expected for the third quarter. 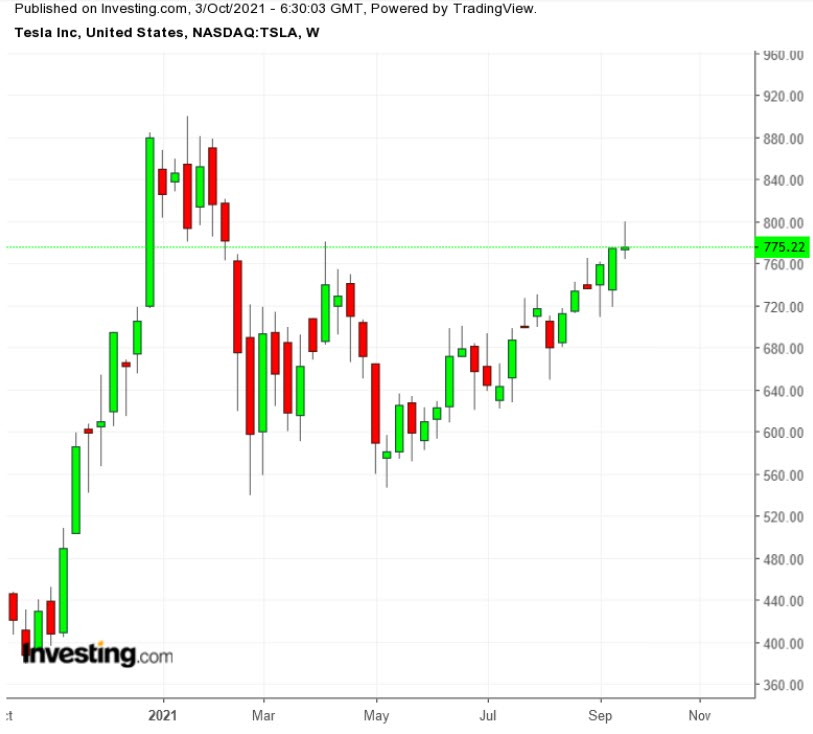 The company said on Saturday that it delivered 241,300 electric vehicles during the period, beating analyst consensus estimates of around 220,900 cars, according to calculations compiled by StreetAccount as of Sept. 30.

The stock has gained more than 40% from its lowest point this year, on expectations that Tesla is on course to improve its margins as its sales volume improves. The higher sales figures also show that the company is in a better position to overcome the supply shortages that are hurting other car makers.

Snack and beverage giant PepsiCo (NASDAQ:PEP) will report third quarter earnings on Tuesday, Oct. 5, before the market opens. Analysts, on average, expect $1.73 a share profit on sales of $19.37 billion. 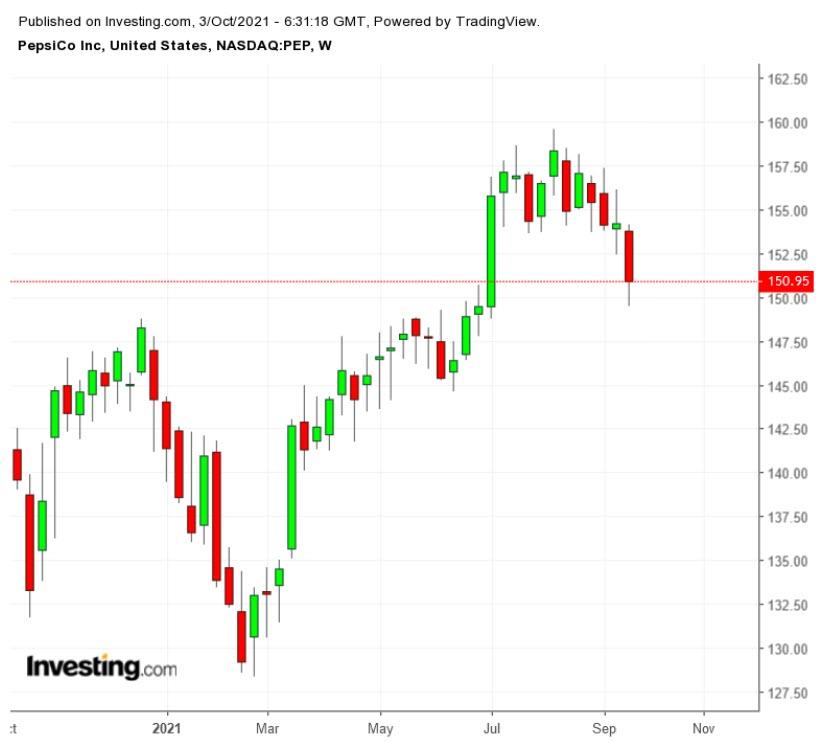 In its previous earnings report in July, Pepsi reported its fastest sales growth in at least a decade. The company also raised its forecast, predicting it will benefit from consumers returning to restaurants, bars and stadiums after a year of staying at homes during the pandemic.

After recovering from the March dip, PEP stock is up more than 6% in the past six months. It closed on Friday at $150.95. 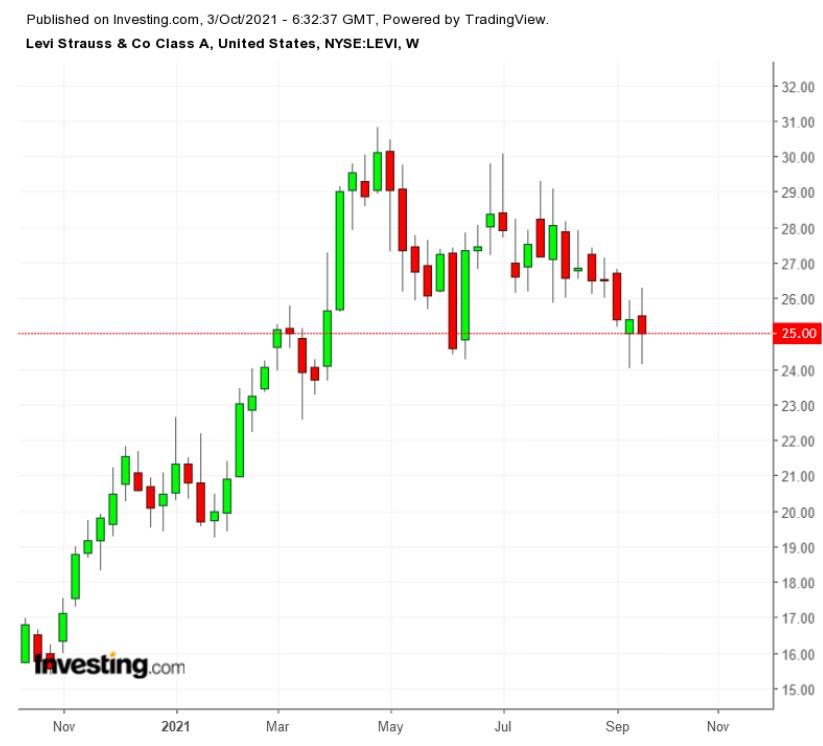 The San Francisco-based clothing manufacturer—best known for its iconic Levi’s brand jeans—told investors in July that shoppers are stocking up on jeans in new sizes and styles in the US and China as they emerge from their homes as the pandemic appears to be waning.

At that time, the retailer anticipated fiscal third-quarter sales were on track to top pre-pandemic levels. That was something Levi Strauss previously didn’t expect to achieve until the fourth quarter.

While LEVI raised its revenue and profit outlook for the rest of the year, the company cautioned its assumptions were based on the COVID pandemic not worsening around the world. The stock closed on Friday at $25 after falling about 6% in the past six months.