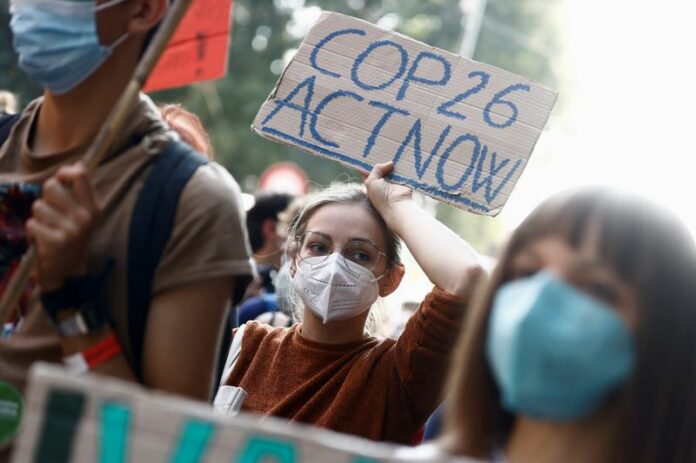 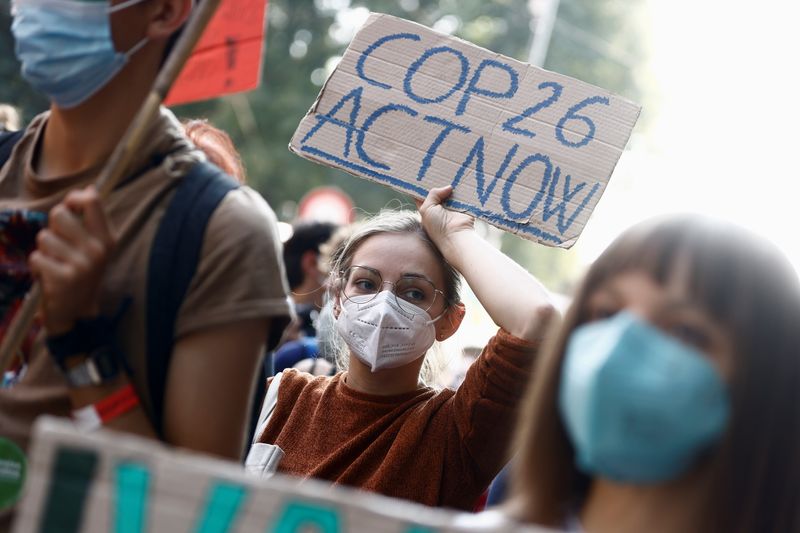 MILAN (Reuters) – The world’s major economies must do more at the upcoming U.N. COP26 climate summit in Scotland to show they are serious about wanting to tackle global warming and heed the warnings of young activists, policymakers said on Saturday.

COP26 President Alok Sharma said there was renewed urgency in the climate debate following preparatory talks in Milan where thousands of youth activists, including Greta Thunberg, urged governments to match words with action and stump up billions of dollars to wean the world off fossil fuels.

“We had a very constructive set of discussions and there was a real sense of urgency in the room,” Britain’s Sharma told reporters after the meeting in Italy’s financial capital.

The COP26 conference in Glasgow aims to secure bolder climate action from the nearly 200 countries that signed the 2015 Paris Agreement and agreed to try to limit global warming to 1.5 degrees Celsius above pre-industrial levels.

Sharma said delegates in Milan agreed to do more to keep the 1.5 degrees target within reach and deliver on a $100 billion per year pledge to help the most vulnerable nations confront climate change.

“The energy that came forward from the (youth) did galvanise the ministers,” Sharma said. “As we go forward in the next few weeks and into the COP, we must always keep (their) voices … in our minds.”

New energy and funding pledges from the United States and China have raised negotiators’ hopes, but many G20 countries – including major polluters such as China and India – have yet to announce updates of their short-term climate plans.

“We now have about 55% of global GDP (gross domestic product) committed to undertake tracks that will hold the temperature to 1.5 degrees,” he said.

Wealthy nations pledged a decade ago to mobilize $100 billion a year to help vulnerable countries adapt and transition to cleaner energy, but they are still short of their 2020 goal.

Kerry said that while he expected donors to fulfil the pledge, a post-2025 finance plan “with an emphasis not just on billions, but on trillions” would be required.

“(The) private sector is needed for this … We’ll be announcing one specific agenda item in conjunction with the World Economic Forum,” he said, without giving further details.

Financing climate action will be vital to the success of COP26, said Oscar Soria, campaign director at the U.S.-based activist network Avaaz who was in Milan for the talks.

“Developing and developed nations should urgently sit together to design a plan: without real money at the table it will be difficult to build trust in the negotiations in Glasgow,” Soria said.

Sharma said all countries agreed on the need to decarbonise their economies, with a 2030 target date for industrial nations, and 2040 for other countries.

“I’d be highly surprised if there is still a significant coal mining industry after 2040,” he said, adding that negotiators were in a “constructive dialogue with India and China”.

China and India, the world’s top two coal producers, still rely on coal for much of their power supply.