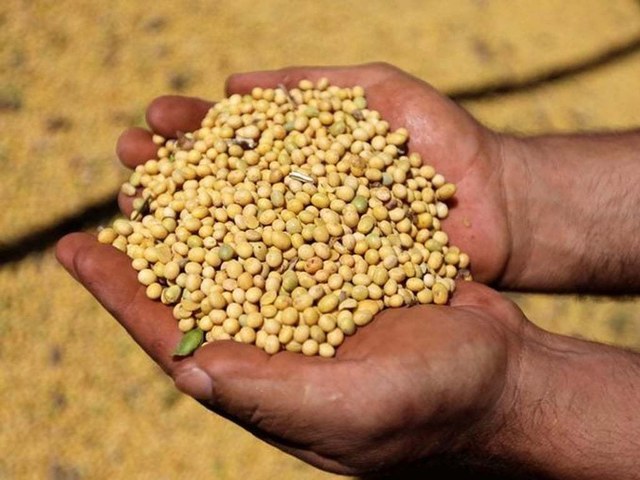 CHICAGO: Chicago Board of Trade soyabean futures sagged anew on Friday, with the benchmark contract falling to multi-month lows on follow-through selling a day after the US Department of Agriculture reported larger-than-expected US soya inventories.

For the week, the November contract fell 38-1/2 cents a bushel, or 3%, its fourth decline in the last five weeks.

Soyabean futures fell for a second session after the USDA on Thursday reported US Sept. 1 soyabean stocks at 256 million bushels, above the entire range of trade estimates in a Reuters pre-report poll.

Additional pressure stemmed from the ongoing harvest of US soyabeans in the core Midwest production belt.

Looking ahead, commodity brokerage StoneX raised its forecast of Brazil’s 2021/22 soyabean crop, which is currently being planted, to 144.26 million tonnes from 143.33 million previously.

Chicago Board of Trade corn futures ended higher on Friday, following along as CBOT wheat futures jumped 4% on worries about tightening US wheat supplies, traders said.

For the week, the December corn contract rose 14-3/4 cents a bushel or 2.8%, after almost no net change in the previous week.

Rallies in corn futures were limited by seasonal pressure from the expanding US corn harvest.