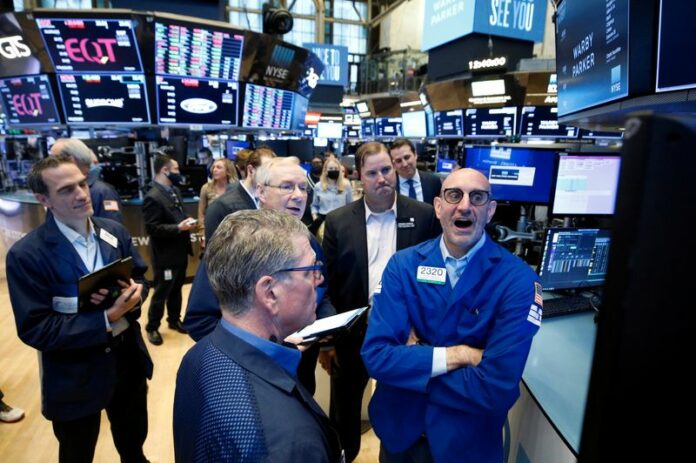 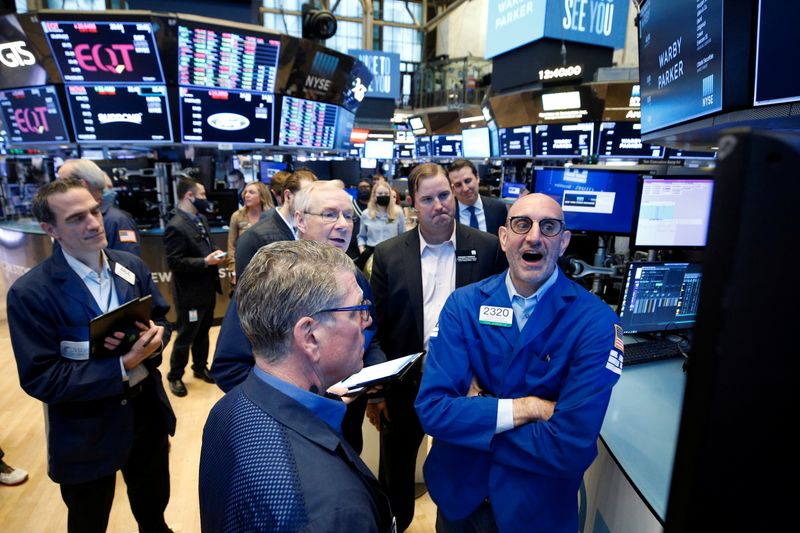 ORLANDO, Fla. (Reuters) – Rising bond yields are not always bad news for stocks and other “riskier” assets, but the current spike is giving investors justifiable cause for concern as they enter the fourth quarter.

The increase in yields comes against a backdrop of stretched valuations on Wall Street, slowing economic growth and falling consumer sentiment. Volatility, while still mostly comatose across a range of asset classes, has shown signs of flickering back to life too.

The S&P 500 just had its worst month since March last year.

The catalyst and context for this is the Fed indicating that it will raise interest rates earlier and more aggressively than previously thought to rein in inflation. There are signs that, in terms of the Fed preparing to pull the trigger, this time it might be different.

According to Bank of America (NYSE:BAC), markets have now entered the “second stage of interest rate grief” – where higher borrowing costs no longer reflect a buoyant economy but sow seeds of doubt over the strength of economic activity, growth, and asset prices.

In the first stage, rising yields reflect optimism on the economy and attract flows into assets leveraged to growth, such as corporate debt, which narrows credit spreads and perpetuates the virtuous cycle.

The second stage is “more frightening” as the negative consequences for equity valuations and the economy become apparent, and buyers of stocks and corporate bonds turn defensive.

In the third stage, interest rates finally stabilize at higher levels and buyers creep back in. What is the evidence to suggest higher rates are starting to bite now?

In January and February the 10-year Treasury yield rose 33 basis points in each month. During that 66 bps backup in long-term borrowing costs, the S&P 500 rose 6.5%, chalking up several new highs along the way.

The 21 basis-point rise in the 10-year yield over the course of September, however, coincided with a fall in the S&P 500 of 4.76%, the biggest monthly pullback since March 2020.

Yet markets still look frothy. The benchmark index has nearly doubled from its pandemic low in March last year, and valuations are still historically very high.

The S&P 12-month forward price/earnings ratio has receded a bit lately, but is still comfortably above 20 and near the peaks that preceded the tech crash over two decades ago. The Shiller real P/E ratio rings an even louder warning.

Many investors will no doubt look to maximize annual returns and close the year on a high, especially if the recent bout of turbulence subsides in the coming weeks and the U.S. debt ceiling crisis is resolved, or at least pushed toward year-end.

There is certainly a seasonal bias toward a positive fourth quarter. The S&P 500 has risen in all but seven of the past 40 October-December periods, and recent investor surveys still show a strong preference for equities over bonds.

The pervading market sentiment is still to buy the dip.

But as Citi’s Matt King notes, Wall Street’s post-pandemic surge has significantly outstripped economic and corporate profit growth, while credit growth is now shrinking. In his view, the only thing keeping stocks up is the fact they are not bonds, whose real yields are still deeply negative despite the recent spike.

These are ripe conditions for a correction, particularly with economic growth showing signs of faltering. Economists are lowering their fourth-quarter GDP estimates, and data this week showed U.S. consumer sentiment falling to a seven-month low https://www.reuters.com/world/uk/us-goods-trade-deficit-increases-august-2021-09-28.

This winter may be extra chilly for markets. The Delta variant is still hanging over consumers and businesses, and the U.S. politics around COVID are as divisive as ever.

Julie Biel, portfolio manager at Kayne Anderson Rudnick, cautions that having gorged on cheap money and implicit central bank support for so long, markets may now be prone to a crash diet instead of a more considered weight-reduction plan.

“It’s been a volatile week. People are emotional,” she said.

(By Jamie McGeever in Orlando, Fla.; Editing by Matthew Lewis)