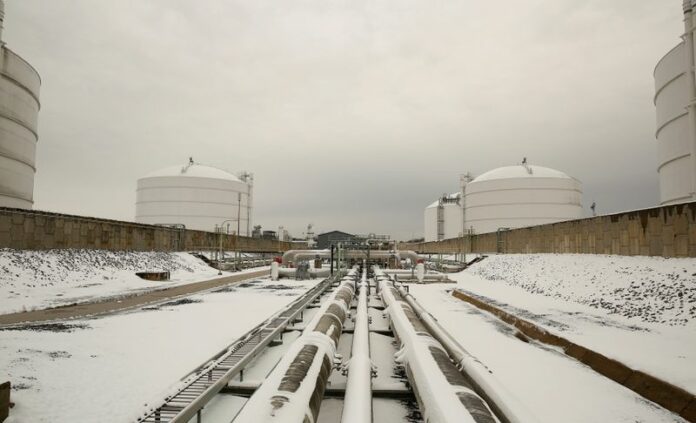 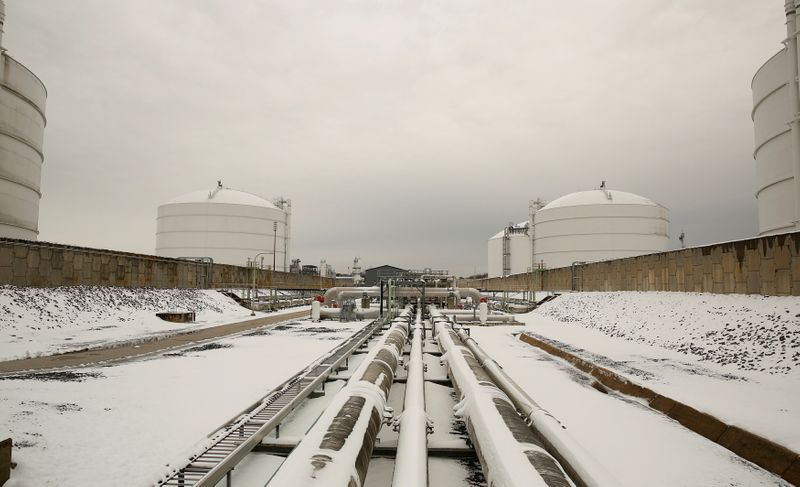 (Reuters) – Regional natural gas markets in the United States are seeing prices for this winter surge along with global record highs – suggesting that the energy bills causing headaches in Europe and Asia will hit the world’s top gas producer before long.

Gas prices in Europe and Asia have more than tripled this year, causing manufacturers to curtail activity from Spain to Britain and sparking power crises in China.

The United States has been shielded from that global crunch because it has plenty of gas supply, most of which stays in the country since U.S. export capacity is still relatively small.

The benchmark U.S. natural gas contract has been rallying, lately hitting seven-year highs, but its $5.62 per million British thermal units (mmBtu) price is a far cry from the $30-plus being paid in Europe and Asia.

However, the U.S. market is worried about the coming cold, particularly in New England and California – where prices for gas to be delivered this winter are far above the nationwide benchmark. In New England, buyers are expecting gas to cost more than $20 per mmBtu.

High winter prices are nothing new for New England and California, where the limited number of pipelines into both regions regularly become constrained on the coldest days. But this winter could be worse.

U.S. gas currently being delivered to the Henry Hub terminal in Louisiana, the nation’s benchmark, recently surpassed $6 for the first time since 2014. For January that price is in the same range, suggesting buyers think the country as a whole will have ample pipeline and storage access to keep fuel flowing this winter.

“Henry Hub prices continue to climb for the winter months, but we should see even bigger increases on the East and West Coasts for New England and California,” said Matt Smith, lead oil analyst for the Americas at commodity analytics firm Kpler.

In New England, gas for January delivery is soaring, trading this week at more than $22 at the region’s Algonquin hub, which would be the highest price paid in a month since January and February of 2014.

That reflects the region, which turns to liquefied natural gas (LNG) when its pipelines become congested, will have to compete with buyers in Europe and Asia already paying a lot more for the super-cooled fuel.

Gas-fired power plants are expected to produce about 49% of the electricity generated in New England. That is in line with the last five years, but overall demand is rising as the economy has recovered.

“What is driving gas prices for us is expected increased demand for pipeline gas as the economy recovers, and supply is catching up after pandemic low demand,” said Caroline Pretyman, a spokesperson at Eversource Energy (NYSE:ES), New England’s biggest energy provider.

CALIFORNIA DREAMIN’ ON A WINTER’S DAY

Prices at the Southern California citygate for January 2022 were trading over $13 this week, which would be a record outside of February 2021, when the Texas freeze pushed gas prices to record levels in many parts of the country.

Prices are up in California because the state has been suffering through a long drought that has restricted its ability to generate electricity through hydropower. Solar has also been constrained by smoke cover from wildfires, analysts said.

As a result, the state has relied more on gas-fired plants, which are expected to account for about 45% of electricity generated this winter, above the five-year average of 41% as the drought limits hydropower supplies, according to federal projections.

Just 4% of the electricity produced in California will come from hydro facilities this year, according to federal projections, down from an average of 14% over the past five years.

Unlike New England, California has access to gas supplies from more regions including the Permian shale in Texas and New Mexico, the Rocky Mountains and Canada.

New England imports roughly 16 billion cubic feet (bcf) of LNG during the winter, equivalent to about 5% of its winter gas consumption. However, competition from Europe and Asia means those shipments will come at a dear cost.

Some power generators have another option – switching to burning oil. Right now, fuel oil costs about three times as much as natural gas, so that kind of switch will only happen as gas prices rise. Oil also emits about 30% more carbon dioxide and other pollutants.

Analysts expect New England to start burning oil sooner than usual this year. Notably, during an extreme cold event starting in late December 2017, oil spiked to 27% of overall power generation, compared with less than 1% earlier that month, according to ISO New England, the region’s grid operator.

For a graphic on Winter of Natural Gas Discontent: