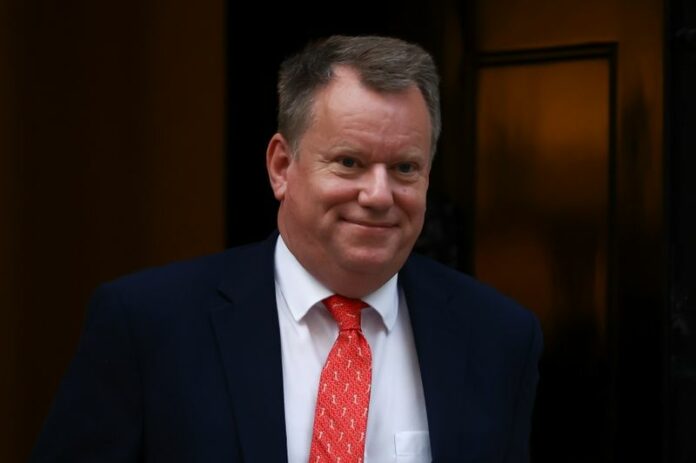 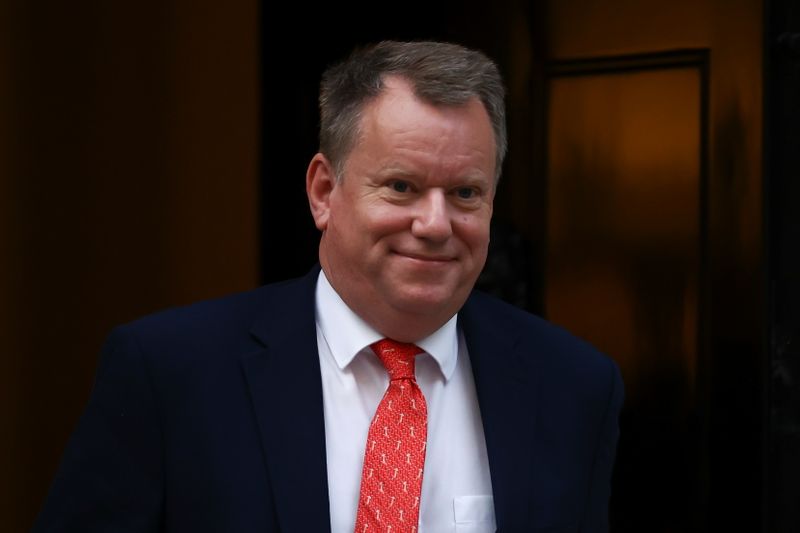 MANCHESTER, England (Reuters) – Britain will threaten on Monday to dispense with some of the terms of its agreement overseeing post-Brexit trade with Northern Ireland, saying they have become too damaging to retain.

In a speech to the governing Conservative Party conference in the northern English city of Manchester, Brexit minister David Frost will urge the EU to help find an agreed solution to the problems with the deal, according to a party statement.

“He will warn that ‘tinkering at the edges’ will not fix the fundamental problems with the Protocol,” the statement said.

The British government has been urging the bloc for months to renegotiate the terms of the so-called Northern Ireland protocol, which governs trade between Britain and its province, which borders EU member Ireland.

The EU has said it will not renegotiate the terms.

The Northern Ireland protocol was part of the Brexit divorce settlement that British Prime Minister Boris Johnson negotiated with the EU. It has created a de facto customs border between Britain and Northern Ireland to safeguard the free flow of trade between Northern Ireland and Ireland.

Britain has threatened to trigger Article 16 of the agreement, which allows either side to unilaterally seek to dispense with some of the terms if they are proving unexpectedly harmful.

According to excerpts from his speech, Frost will say that the threshold for the use of Article 16 Safeguards has been met.

Brussels is due to respond in full shortly to a “command paper” put forward by London in July calling for fundamental changes to the protocol.