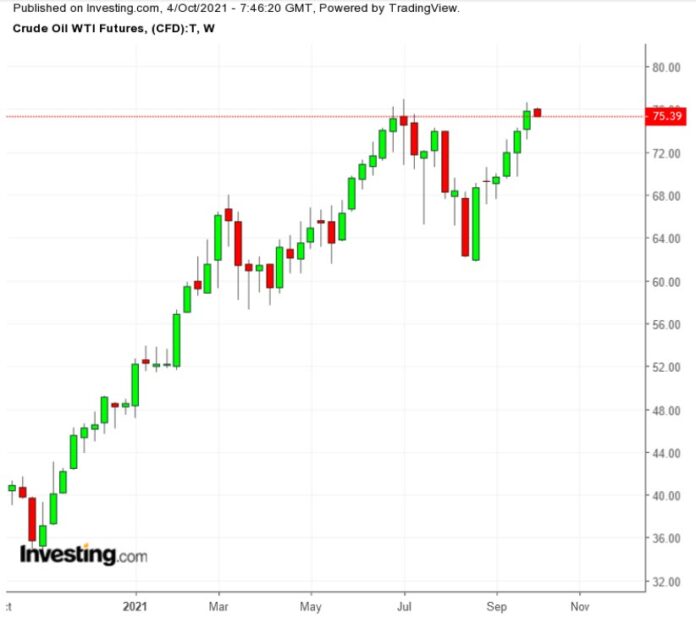 Oil and gold are expected to see conflicting moves this week with crude markets likely to be soft until producers OPEC+ decide on new output quotas, while prices of the yellow metal could see some upside ahead of Friday’s release of the US jobs report for September.

With holidays in mainland China and South Korea keeping regional markets closed, liquidity is thin at the start of the week and rumblings that debt-laden Chinese property giant Evergrande (OTC:EGRNY) (HK:3333) might have trouble again paying a $260 million offshore note maturing Monday added to the mood of uncertainty around markets. 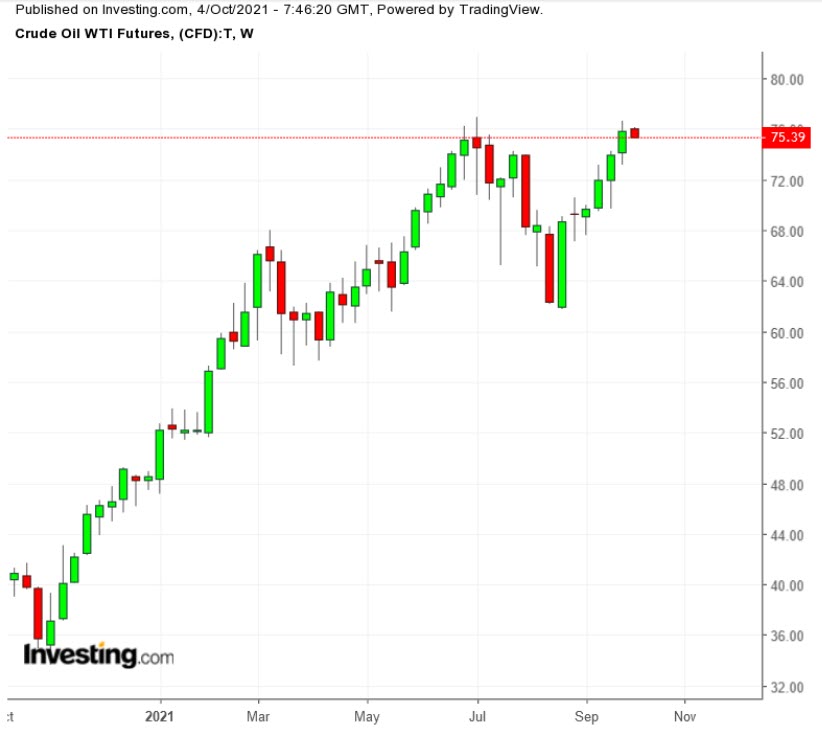 After last month’s spike of nearly 10%—its most since June—and a year-to-date gain of more than 50%, both West Texas Intermediate and Brent crude are in sort of a pause mode as OPEC+ mulls production quotas higher than previously announced.

The official cover story is that OPEC+ is accommodating the White House’s call for more production to help moderate the inflationary pressure upon the United States and other consuming countries from high crude prices.

Higher OPEC Production Numbers Viewed As Move Against US Shale

The truth is OPEC+—which comprises the 13-member Saudi-led Organization of the Petroleum Exporting Countries and 10 other oil producers steered by Russia—is probably less concerned about altruism than ensuring US crude producers never become a threat again to the cartel.

Elated to see US shale oil output capped at least 2 million barrels per day below the pre-pandemic high of 13 million bpd, OPEC+ wishes to keep it that way.

The Biden administration’s fossil-fuel killing policies have already done half the job, while US drillers’ new emphasis on keeping shareholders happy without taking additional risk has done the balance.

OPEC+ knows that a burgeoning economy and the potential of more recovery from a coronavirus pill that drugmaker Merck & Company (NYSE:MRK) is now touting will mean more demand for oil.

It also knows that US drillers—as docile as they are now compared to the “Drill baby, Drill!” fervor that once characterized the industry—will be looking at the same prospects and might wonder if they should roll out some additional barrels.

“The last thing OPEC wants to see is shale come back and grab its market share.”

US crude stockpiles rose by 4.6 million barrels last week, exceeding expectations, boosted by a rebound in output as offshore facilities shut in by hurricanes resumed activity.

OPEC+, which opens its latest monthly meeting at 1200 GMT on Monday, is considering producing beyond the additional 400,000 bpd a month it has committed to until April 2020, four sources familiar with the alliance’s thinking were reported saying last week.

On the gold front, the focus was almost entirely on what the Labor Department would report on Friday for nonfarm payroll growth for September. 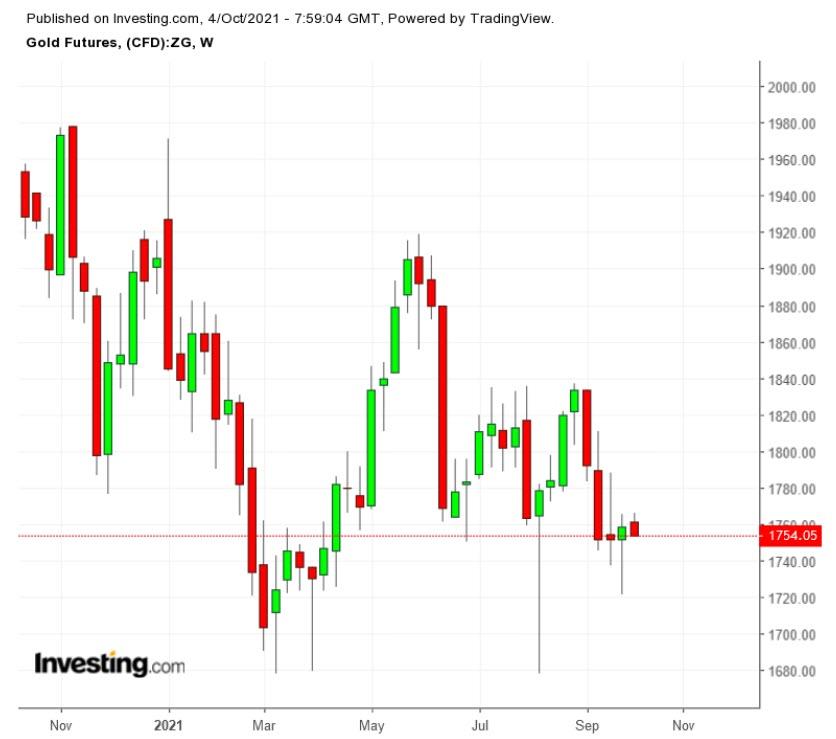 In August, the department reported an underwhelming escalation of 235,000 jobs versus forecasts for 750,000 and a July acceleration of 1.05 million.

Aside from reflecting labor market recovery from the COVID-19 pandemic, the monthly jobs numbers have become a key indicator for deciding when the Federal Reserve should start tapering its monthly stimulus of $120 billion and raise interest rates for the first time that have been at near zero for 19 months now.

“All roads of course, will lead to the US non-farm payrolls data. A number much lower than 500k will see Fed taper expectations dialled back, although probably at the expense of increasing stagflation noise. Conversely, a much higher number will lock and load a December taper start.”

Gold has barely lived up to its safe-haven tag this year— dipping more than 7% since the start of 2021—despite inflation expanding at its fastest pace in 13 years. The rallying yield on the 10-year US Treasury note has done more damage to gold’s safe haven standing than any other variable as it continuously spiked on rate hike expectations, hammering gold.

If the September jobs numbers turn out to be lower than expected, gold could have another lease on life.