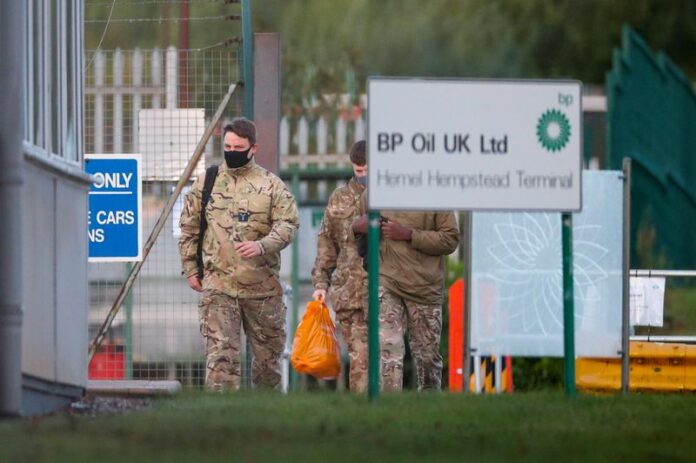 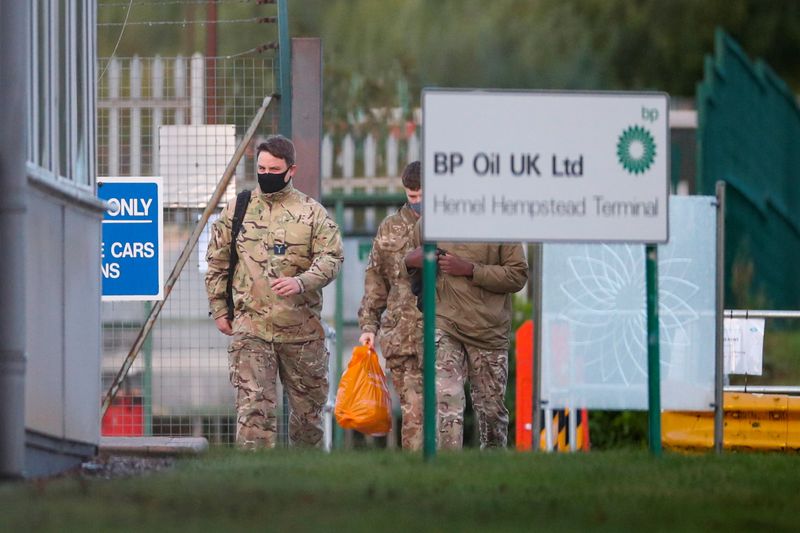 HEMEL HEMPSTEAD, England (Reuters) -British military personnel in combat fatigues arrived on Monday at a BP (NYSE:BP) storage depot after the government ordered the army to help deliver fuel to help compensate for an acute shortage of truckers, a Reuters reporter said.

Britain’s supply chains for everything from pork, petrol and poultry to medicines and milk have been strained to breaking point by shortages of labour in the wake of the Brexit and COVID crises.

Panic buying of fuel amid the shortage of truckers triggered chaotic scenes across major cities last week with queues of drivers stacked up. Some have had fist fights over the pumps while others hoarded fuel in old water bottles.

“The situation has been improving now for I think over a week every day … it is getting better and as demand settles back to more normal levels the strong expectation is things will resolve themselves.”

The Petrol Retailers Association said about 22% of fuel stations in London and the southeast were still without fuel, and the association’s executive director, Gordon Balmer, said it might take a week to 10 days to get stocks back up to normal.

British ministers have repeatedly denied that the fuel crisis has anything to do with Brexit and have cast the trucker shortage as a global problem, though other European neighbours have not experienced queues at gas stations.

“The HGV drivers is not a UK issue, it’s a Europe wide issue and beyond,” Sunak said. “I want people to know that we are doing everything we can to mitigate some of those challenges, where we can make a difference.”

Amid the gas station crisis, farmers have repeatedly warned that a shortage of butchers and abattoir workers could force a cull of more than 100,000 pigs backed up on farms.