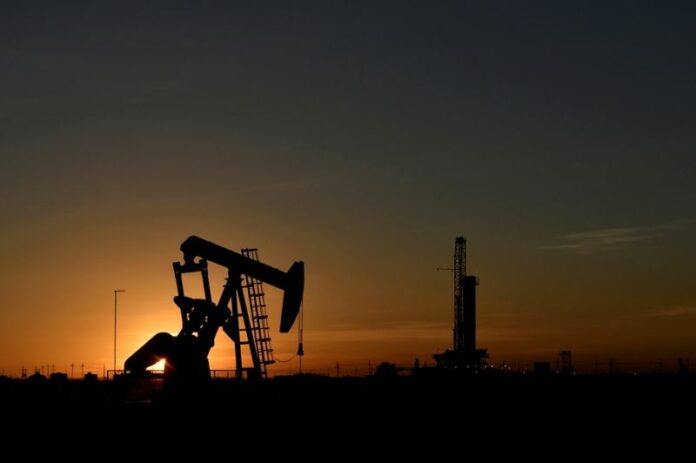 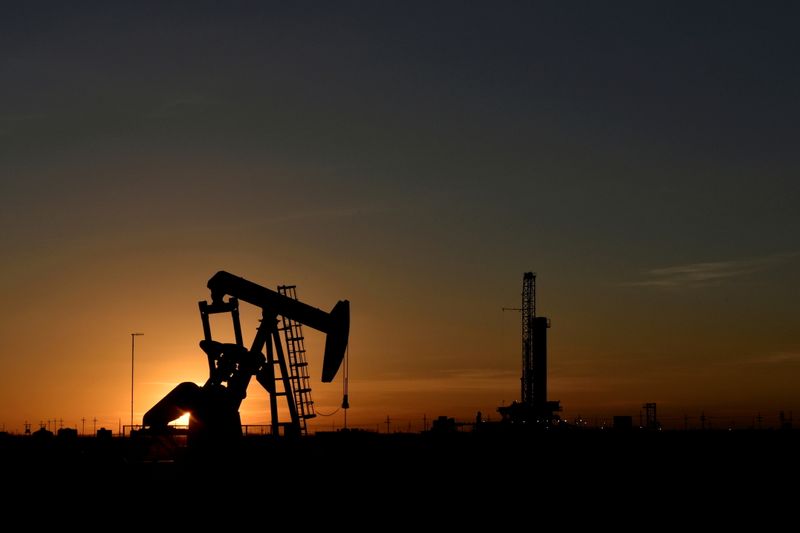 © Reuters. FILE PHOTO: A pump jack operates in front of a drilling rig at sunset in an oil field in Midland, Texas U.S. August 22, 2018. REUTERS/Nick Oxford

By Chris Prentice and Jody Godoy

WASHINGTON (Reuters) – The U.S. Department of Justice is investigating suspected manipulation of energy pricing benchmarks published by S&P Global (NYSE:SPGI) Platts, expanding the agency’s crackdown on misconduct in the global commodities market, according to four people familiar with the matter.

London-based Platts is a data and news provider which focuses on energy, metal and agricultural commodities. The company collects data from traders on their deal prices to determine a daily market price for a number of physical commodities.

U.S. prosecutors are probing suspected manipulative behavior by individual traders when submitting those deal prices to Platts’ price assessments for oil and other energy benchmarks, the four people said, without specifying which ones.

The people declined to be named as the probes are not public.

Over the past year, U.S. authorities have brought two cases of alleged manipulation of Platts’ oil benchmarks by traders at two different companies, but prosecutors are now probing similar behavior across the market, the sources said.

The previously unreported, industrywide probe opens up a new front in the Justice Department’s crackdown on fraud, bribery and manipulation in the commodities market https://www.reuters.com/subjects/banks/article/us-usa-doj-trading-insight/traders-beware-u-s-taps-new-tools-to-find-fraud-in-volatile-commodities-market-idUSKBN22X14E, raising the stakes for traders and companies globally which daily use Platts’ benchmarks to price billions of dollars’ worth of contracts.

The sources said prosecutors are focused on traders’ behavior and gave no indication of suspected wrongdoing by Platts.

In response to a request for comment by Reuters, Platts said it conducts reviews to ensure the integrity of its price assessments. Platts publishes data and correspondence used to determine a price assessment and provides this data to regulators when requested, said Dave Ernsberger, global head of pricing and market insight for S&P Global Platts.

“We’ve spoken with U.S. and global authorities across a whole range of markets for many years,” Ernsberger said.

A spokesperson for the Justice Department declined to comment.

Over the past decade, authorities globally have levied multibillion-dollar fines and pursued criminal charges against banks and traders for banding together to rig global benchmarks, most notoriously the London Interbank Offered Rate.

While U.S. criminal authorities pursued cases against energy traders in the 2000s related to benchmark-rigging, in the years that followed commodities market manipulation was largely the domain of civil agencies including the Commodity Futures Trading Commission (CFTC) and the Federal Energy Regulatory Commission.

Since 2019, however, the Justice Department, working with the CFTC, has ramped up scrutiny of the commodities market via a specialist unit within its Washington-based fraud division. That unit has developed sophisticated data analytics tools to more quickly detect misconduct, Reuters reported https://cn.reuters.com/article/us-usa-doj-trading-insight-idUSKBN22X14E last year.

While the unit initially focused on commodities futures spoofing, a type of futures market manipulation, it now has the tools and expertise to dig into other areas of the market, including industry benchmarks operated by price reporting agencies, said one of the sources.

The agency has also investigated some of the world’s largest energy trading companies for bribery, including Dutch trading giant Vitol.

That and another recent case identified misconduct in relation to Platts’ benchmarks.

When settling bribery charges with the Justice Department in December last year, Vitol also settled related charges brought by the CFTC. As part of that settlement, Vitol paid a civil penalty to the CFTC to resolve charges of attempted manipulation of two Platts physical oil benchmarks.

Vitol said at the time it was committed to upholding the law and had cooperated “extensively” throughout the investigation. The company neither admitted nor denied the CFTC’s allegations.

In March, a former oil trader for Glencore (OTC:GLNCY) Plc pleaded guilty to Justice Department charges that he conspired to manipulate the Platts benchmark for a type of oil.

Heredia successfully swayed benchmark prices in order to benefit himself and his employers, the Justice Department alleged.

He is cooperating with an ongoing U.S. investigation, authorities have said in court filings as recently as August.

“In both these cases, the regulators did not accuse Platts of wrongdoing or provide any evidence that attempts to manipulate our assessments were successful or that our assessments did not reflect market value,” Platts said in a statement.

Other commodities traders are under Justice Department scrutiny. Energy trader Gunvor Group has said it is being probed by U.S. authorities https://www.reuters.com/business/energy/energy-trader-gunvor-group-says-us-cftc-investigating-ecuador-dealings-2021-09-28 for corruption in Ecuador after a former employee pleaded https://www.reuters.com/business/energy/man-pleads-guilty-ny-money-laundering-charge-linked-petroecuador-2021-04-06 guilty to bribery charges in April.