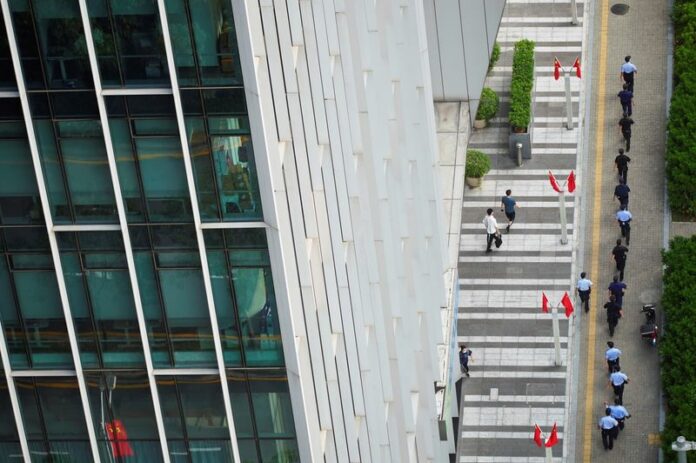 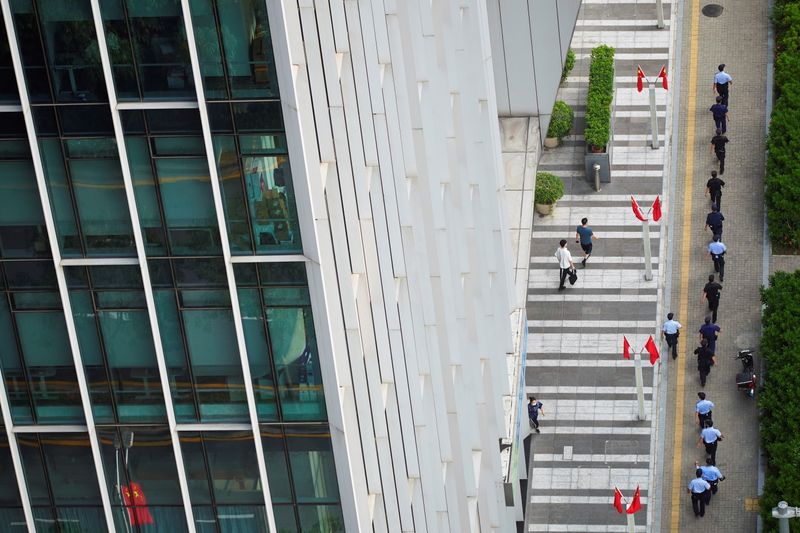 HONG KONG (Reuters) – As investors were abuzz on Tuesday with cash-strapped China Evergrande Group’s possible sale of a stake in a unit to raise as much as $5 billion, more Chinese property developers grappled with ratings downgrades on worries about their ability to repay debt.

Evergrande is facing one of the country’s largest-ever defaults as it wrestles with more than $300 billion of debt. The company last month missed making coupon payments on two dollar bond tranches.

The possible collapse of one of China’s biggest borrowers has triggered worries about contagion risks to the property sector in the world’s second-largest economy, as its debt-laden peers are hit with rating downgrades on looming defaults.

Chinese developer Sinic Holdings (Group) Co Ltd became the latest to be downgraded by Fitch Ratings on Tuesday on uncertainty over the repayment of its $246 million bonds maturing Oct 18.

Sinic’s long-term issuer default rating was cut to ‘C’ from ‘CCC’, and came after the company announced that certain subsidiaries have missed interest payments on onshore financing arrangements, Fitch said in its report.

Sinic could not immediately be reached by Reuters for comment.

The move comes amid persistent uncertainty over the fate of Evergrande, once China’s top-selling developer and now set to be one of the country’s biggest restructuring exercises.

The company on Monday requested a halt in the trading of its shares in Hong Kong pending an announcement about a major transaction. Evergrande Property Services Group, a spin-off listed last year, also requested a halt and said it referred to “a possible general offer for shares of the company.”

China’s state-backed Global Times said Hopson Development was the buyer of a 51% stake in the property business for more than HK$40 billion ($5.1 billion), citing unspecified other media reports. Hopson also said it had suspended its shares, pending an announcement related to a major acquisition of a Hong Kong-listed firm and a possible mandatory offer.

A spokesperson for Evergrande did not immediately respond to a request for comment.

Separately, Chinese homebuilder Fantasia Holdings’ dollar-denominated bonds lost nearly half their market value in a massive Monday selloff, after it said it had failed to make a $206 million international market debt payment on time.

In a statement, the property developer said it will assess the potential impact of the non-payment on the group’s financial conditions.

An index of China high-yield debt, which is dominated by developer issuers, hit its lowest since the pandemic drawdown in 2020 on Monday, and has lost almost 20% since May – while comparable U.S. and European indexes have rallied.