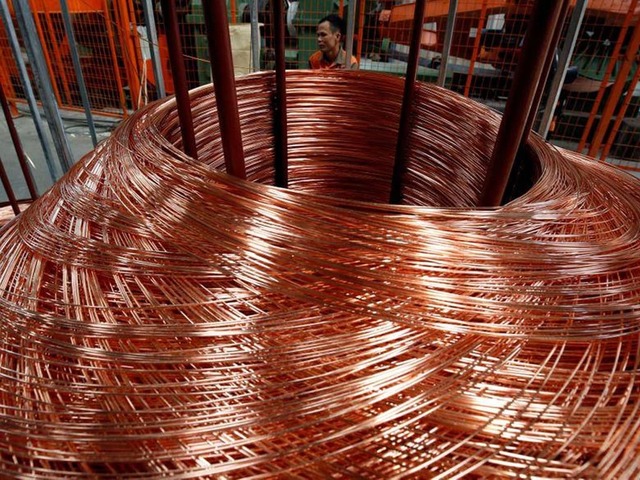 LONDON: Copper prices buckled under a stronger dollar on Tuesday ahead of key US payroll data later this week and on lingering concerns over the fate of China Evergrande.

The US dollar edged toward a one-year high against major peers, making greenback-priced metals more expensive to holders of other currencies, in anticipation of Friday’s non-farm payrolls data which is expected to give the Federal Reserve ammunition to start unwinding its easy monetary policy soon.

Worries over defaults at Chinese property developers and the potential impact on metals demand grew on Tuesday, amid fresh credit rating downgrades and uncertainty about the fate of China Evergrande.

There were bearish macro factors dragging metals prices down, including China Evergrande and the threat of stagflation due to power price increases, said Alastair Munro at brokerage Marex.

He added that declining inventories in exchange warehouses was a positive factor.

On-warrant copper stocks in LME-registered warehouses that are available to the market have more than halved since mid-August to 100,250 tonnes.

Meanwhile, in warehouses monitored by the Shanghai Futures Exchange, copper stocks are at their lowest since 2009 at 43,525 tonnes.

Three-month copper on the London Metal Exchange shed 1.2% to $9,144 a tonne by 1633 GMT. The metal is seen as a sensitive gauge of global economic growth.

OUTLOOK: Saxo Bank analyst Ole Hansen said in a note that a break above $10,000 a tonne for copper would “likely be the signal that triggers a fresh move towards new all-time highs (of $10,747.50).”