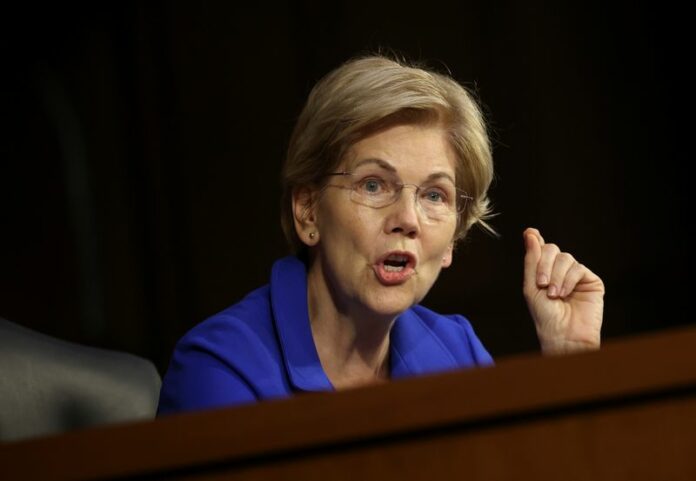 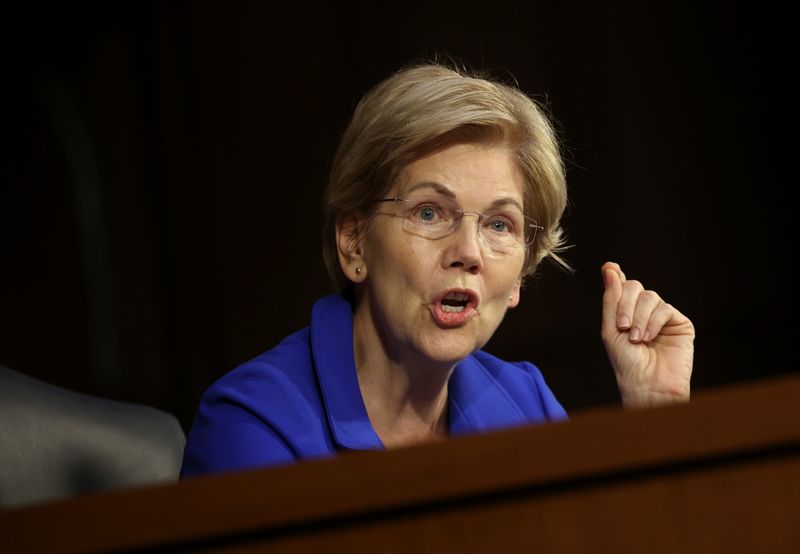 (Reuters) -Senator Elizabeth Warren on Monday called on the U.S. Securities and Exchange Commission to investigate trading by top U.S. central bankers, including that of two Fed bank presidents who resigned after public outcry over their transactions.

In a letter to SEC Chair Gary Gensler, Warren also cited trading by Fed Vice Chair Richard Clarida in February 2020, shortly before Fed Chair Jerome Powell issued a warning about risks from the coronavirus and pledged a Fed response if needed.

“The reports of this financial activity by Fed officials raise serious questions about possible conflicts of interest and reveal a disregard for the public trust,” Warren wrote in the letter, released publicly. “If these trades were based on Fed officials’ knowledge of non-public, market moving information, they may have represented potentially illegal activity.”

The Fed launched its own review of ethics and trading rules last month after disclosures that Boston Fed President Eric Rosengren had traded real-estate securities and Dallas Fed President Robert Kaplan had traded millions of dollars of individual stocks last year even as the Fed undertook a rescue of the U.S. economy and financial markets with massive purchases of Treasuries and housing-backed bonds.

Both said they had followed the Fed’s trading rules.

Separately the Fed said Monday it had started discussions last week with its office of inspector general to look into whether trading by “certain senior officials” was in compliance with ethics rules and the law.

“We welcome this review and will accept and take appropriate actions based on its findings,” a Fed spokesperson said.

Rosengren left his job last week, citing a kidney condition. Kaplan is due to leave on Friday.

The spotlight on ethics come at an awkward time for Powell, as U.S. President Joe Biden decides whether to reappoint him for another four-year term or choose someone else to take the central bank’s reins starting next February. Clarida’s term as vice chair also ends early next year.

Clarida’s trade, reported late on Friday by Bloomberg News, involved selling between $1 million and $5 million of a bond fund and buying a similar amount of two stock funds on Feb. 27 2020, a day before Powell issued a statement calling out the “evolving” risks to the U.S. economy from the pandemic.

The value of all three funds dropped sharply in the weeks following, as the Fed slashed rates and bought bonds to cushion the blow from government-mandated business shutdowns.

Today the bond index fund is trading barely above where it had been when Clarida sold; the funds indexed to stocks have risen 16% and 38%, respectively, since Clarida bought them.

The Fed told Bloomberg that Clarida’s transactions were a “pre-planned” rebalancing and the selection of funds approved by the Board’s ethics official.

Warren last week called Powell a “dangerous man” and said she would oppose his reappointment because of what she sees as a weakening of bank oversight during his tenure.