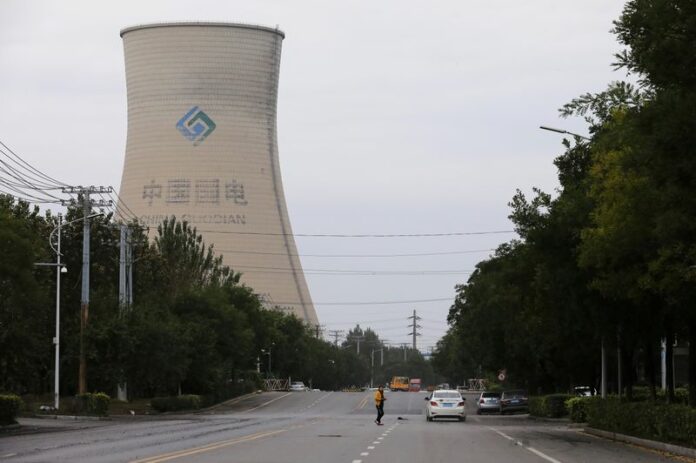 (Reuters) – The COP26 global climate conference will miss its goal of weaning the world off fossil fuels unless developing economies heavily reliant on coal are given the help they need to adapt, decision-makers told a Reuters climate conference on Tuesday.

Usha Rao-Monari, associate administrator of the U.N. Development Programme, said less than a fifth of global investment in clean energy currently went to help the poorest two-thirds of the world’s population.

She said greenhouse gas emissions from power plants in the industrial world had fallen 20% since 2012 but coal, one of the dirtiest fuels, still accounted for 44% of power consumption in emerging economies, where emissions had in turn jumped 20%.

Rao-Monari said that out of an estimated $90 trillion that needed to be spent on infrastructure to help the world meet 2030 emissions goals, two-thirds should go to emerging countries – in many cases to prevent them locking in ostensibly cheaper long-term investments, such as polluting coal-fired power stations.

“I believe that in the future, all activity related to climate change will be perceived as much less risky than it was in the past,” he said.

Inger Andersen, executive director of the U.N. Environment Programme, said it was critical that the finance industry started thinking longer-term to support the transition away from fossil fuels, and that a global carbon market taking account of the full impact of emissions would help.

POWER TO THE PEOPLE

Francesco Starace, chief executive of Europe’s biggest utility firm, Italy’s Enel (MI:ENEI), said the transition from fossil fuels had to include making sure all people on Earth had access to electricity – and that meant clean, affordable and renewable electricity.

The 800 million people who lack access to affordable energy “won’t care about the climate” if their need for power continues to be an existential question for their well-being, he said.

Spanish Energy and Environment Minister Teresa Ribera said she hoped COP26 would reinforce the rich world’s commitment to spend $100 billion a year on the energy transition in emerging nations, and also ensure it went to climate-friendly projects.

Rich nations first committed to the $100 billion figure at COP16 in 2009 but the 2020 deadline set then has come and gone without the target ever being hit.

Ribera also called for action on the issue of “loss and damage” – the demand of poorer countries for an agreed basis to assess liability and compensation for the harm done to the climate, largely by the rich, industrialised world.

“In the Glasgow conference, adaptation and loss and damage, to my mind, will be the very key milestone to what extent we are credible in terms of this type of solidarity and credible solutions,” she said.

The IFC’s Diop also said that getting enough resources, collectively, to the countries that needed to adapt most because of desertification or coastal erosion was one of the biggest challenges facing the decision-makers at COP26.

Ahead of the talks, which kick off in Glasgow, Scotland, on Oct. 31, global business leaders and politicians are taking part in the Reuters Impact conference to discuss efforts to mitigate climate change and drive sustainable growth.

For Enel’s Starace, who has spent years turning the utility into a green powerhouse, one of the key questions for COP26 and beyond was whether the inevitable transition from fossil fuels would be turbulent or orderly – and therefore also inclusive.

“Transitions typically are not inclusive, they are divisive,” he said.