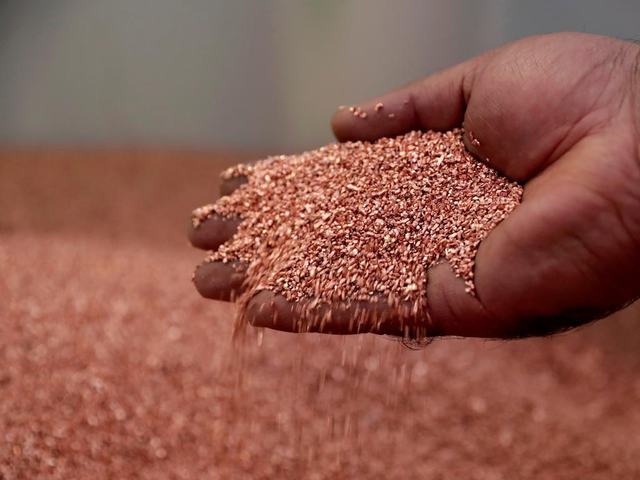 Volatility rose due to the LME options expiry on Wednesday and thin volumes since China is on holiday from Oct. 1-7, a trader said.

Construction is a major driver of copper demand and other Chinese property companies have seen their bonds battered by uncertainty surrounding debt troubles at China Evergrande .

“That (Evergrande debt) issue is weighing on the market because that probably will have an impact on construction and industrial activities from a sentiment perspective,” said Xiao Fu, head of commodity market strategy at Bank of China International.

Copper slips on strong dollar as focus turns to US payrolls

“The sentiment drag and the power constraints are likely to curb growth, but we’re not expecting a ‘falling off the cliff’ scenario, just slower growth in the coming months.”

While sentiment has been knocked, actual consumption of base metals in construction will still continue due to the large number of housing projects ongoing, although at a slower pace, Fu added.

“The projects that Evergrande started will likely be completed, although it may take longer, and at the late stage of construction, base metals are actually used more.”

LME on-warrant copper stocks have continued to slide to 90,725 tonnes, data showed on Wednesday, bringing the total losses over the past week to 27%.

The implicit market balance in the global nickel market is forecast to move to a surplus of 76,000 tonnes in 2022 from a deficit of 134,000 tonnes in 2021, the International Nickel Study Group said on Wednesday.