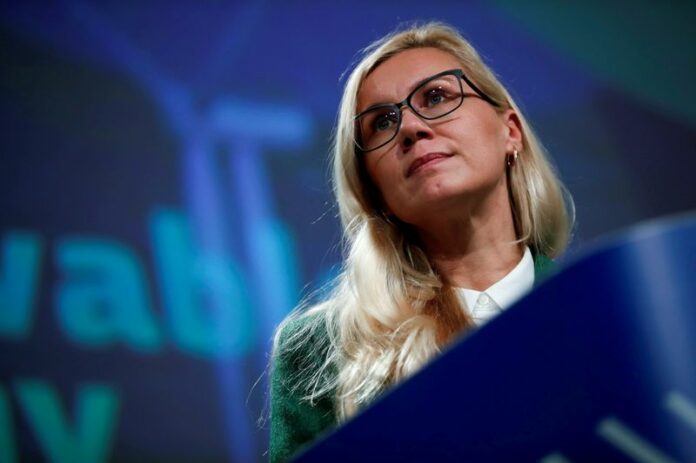 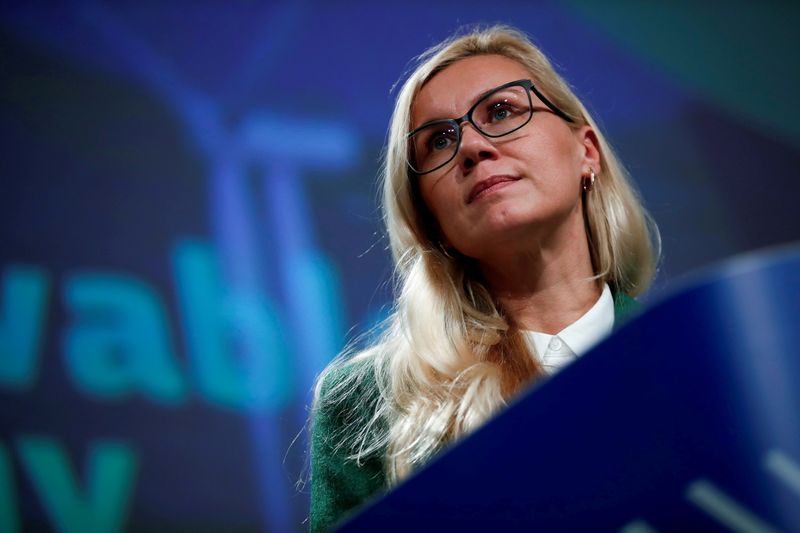 BRUSSELS (Reuters) -The European Union said on Wednesday it will examine the way its power market is run and consider proposals to revamp regulations within the bloc, as it seeks to keep plans to tackle climate change on track amid record-high energy costs.

European electricity and gas prices have rocketed this year as tight gas supplies have collided with strong demand in economies recovering from the COVID-19 pandemic.

Energy prices topped the EU’s political agenda on Wednesday, with environment ministers and the European Parliament each debating the issue after country leaders discussed possible responses on Tuesday.

The crisis has divided member states over whether Brussels should intervene.

“There is no question that we need to take policy measures,” EU Energy Commissioner Kadri Simson told the EU’s parliament.

The Commission will next week publish a “toolbox” of options for how governments and the EU could react. It will also launch a study into whether the EU’s power market is fit to deliver the bloc’s planned transition to green energy, Simson said.

EU countries agreed on Wednesday to wait for the Commission toolbox before considering a joint EU response. Some governments have already rolled out national subsidies and tax breaks to cut consumers’ bills.

Spain has led calls for a revamp of EU electricity regulation to decouple the price of power from the cost of gas, and joint gas buying to increase EU countries’ bargaining power in global markets.

Spanish Prime Minister Pedro Sanchez said he and other countries had asked Brussels to offer an “audacious” response. “We need extraordinary, innovative measures,” he said.

Not all countries agree. EU regulators expect gas market conditions to ease next spring, and some states warned against rushing into action that would have lasting consequences.

“Trying to influence the free market is something we are highly sceptical about,” German Environment Minister Svenja Schulze said.

The Netherlands cautioned against interfering in Europe’s power and CO2 markets, while Belgium said it was “not convinced” joint gas buying would help fend off soaring prices.

The price spike has arrived as the EU prepares to upgrade its policies to tackle climate change. It has stoked concerns among countries including Poland and Romania that steps to increase the cost of polluting fuels could add to households’ bills.

Analysts have said gas prices are the main driver behind surging power costs in Europe, while the cost of permits in Europe’s carbon market has contributed up to a fifth of the increase.

Brussels maintains that its climate plans will cut bills by reducing their exposure to volatile fossil fuel prices and that if countries fail to quickly cut emissions they could face far greater costs in the form of deadly floods, heatwaves and wildfires.