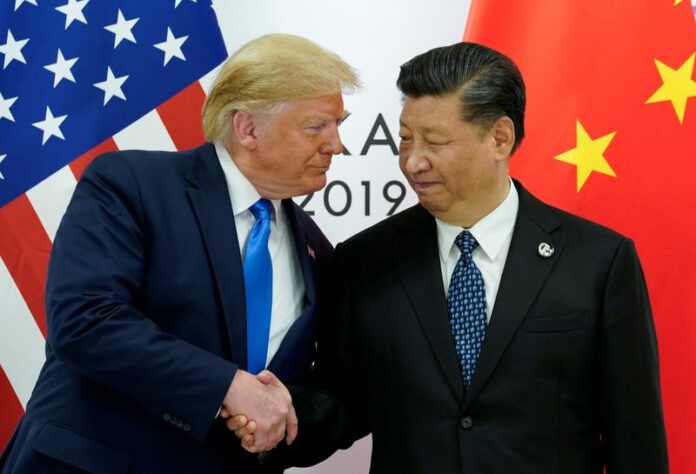 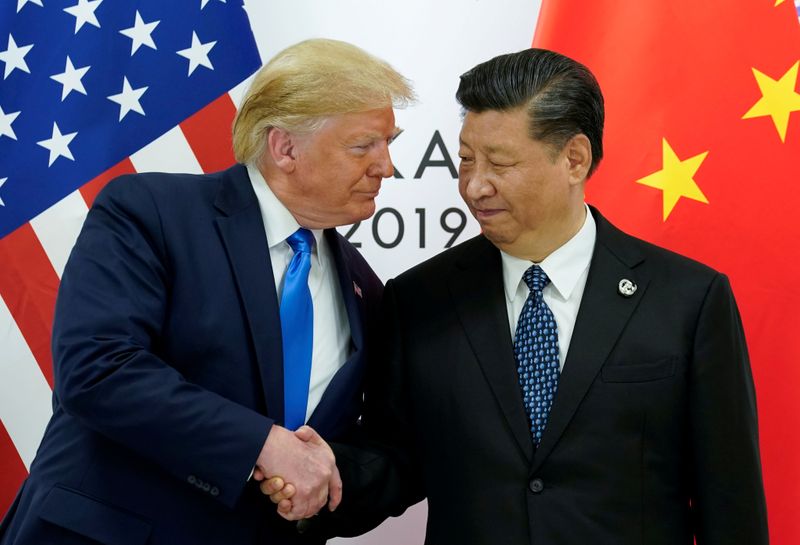 ORLANDO, Fla. (Reuters) – The intense Washington-Beijing tariff war of 2018 has been put on ice since Donald Trump vacated the White House, but investors are wary of how markets reacted to the original escalation as Sino-U.S. trade relations return to the agenda this week.

The trade standoff between the two countries during Trump’s presidency saw significant financial market dislocation that year, including one of Wall Street’s worst quarters in decades, a sustained dollar rally, and a historic fall in the Chinese yuan.

The current economic, political and market environment, of course, is different from what it was three years ago. But the issues are still in play and some conditions still apply.

A “Phase 1” trade deal was signed in January last year, the publicly traded barbs between the two countries are fewer and blunter, and on the face of it, Trump’s successor is a more conciliatory presence on the global stage.

But the Biden administration is leaving most of Trump’s tariffs on hundreds of billions of dollars of Chinese goods in place, it is holding a firm line against China in other key areas of foreign policy, and China’s property sector crisis and slowing economy may have weakened Beijing’s hand.

As economists at JPMorgan (NYSE:JPM) note, any perceived upside risk for markets under Biden on China is quickly evaporating, and U.S.-China trade is now a “two-side wild card”.

Investors may want to remind themselves of what happened in 2018.

Financial conditions were tightening, with the Federal Reserve in its third and final year of a rate-hiking cycle. The federal funds target rate range peaked at 2.25%-2.50% that December, up from a record low 0%-0.25% in the seven years through late 2015.

As Trump upped the ante on U.S.-China trade, the S&P 500 fell 14% in the fourth quarter, one of its worst quarters in decades. The index briefly entered a technical bear market, slumping 25% peak-to-trough, only recovering in the last week of the year.

The dollar began attracting safe-haven inflows earlier in the year and surged 5% against a basket of currencies in the April-June period. It strengthened for the next three quarters too, marking its longest run of quarterly gains since the Great Financial Crisis of 2007-09.

The Chinese yuan’s decline was even greater. It fell 5.2% against the dollar in the second quarter and weakened a further 3.6% in the third, going from around 6.25 per dollar to just under 7.00.

That was, and still is, the Chinese currency’s biggest ever depreciation against the greenback since it was launched in its current guise in 1994.

Credit markets felt the heat too, as global high yield spreads widened out 200 basis points to around 550 bps late that year. The previous widening out in spreads, a period of even greater risk aversion, was in 2015 and also triggered by China-triggered jitters, this time over the yuan’s exchange rate.

Could history repeat itself?

The Biden administration’s policy review lacked specifics. But it keeps most of Trump’s tariffs, and Washington has indicated it will not pursue “Phase 2” negotiations over Beijing’s state subsidies. Nor has it ruled out new tariffs to push China to meet its Phase 1 commitments.

Biden’s international political standing suffered a heavy blow from the U.S. military’s controversial withdrawal from Afghanistan, and his domestic approval ratings have never been lower.

Yet Chinese President Xi Xinping is not in a position of strength either as the economy struggles to cope with a fresh COVID outbreak, and his regulatory squeeze on the property and tech sectors.

The Evergrande crisis threatens to destabilize the real estate sector, which is highly leveraged and accounts for up to 20% of China’s economy. Growth is already slowing and may struggle to hit Beijing’s 5.5% target next year.

Figures from the International Institute of Finance this week showed that Chinese assets may now be feeling the squeeze: debt saw the largest outflows in six months in September, and equity inflows were also the lowest since March.

World markets are wobbling again too. Wall Street just had its worst month since March 2020, the dollar is hovering near its highest level in a year, and high yield spreads are not far from making new six-month peaks.

But as Stephen Jen at London-based Eurizon Capital notes, China’s renminbi may be better protected this time around by a much higher current account surplus.

“The overall balance of payments position is very supportive for the RMB – something the RMB bears should take a look at before they put on short RMB positions or urge others to short the RMB,” Jen wrote in a note last week.