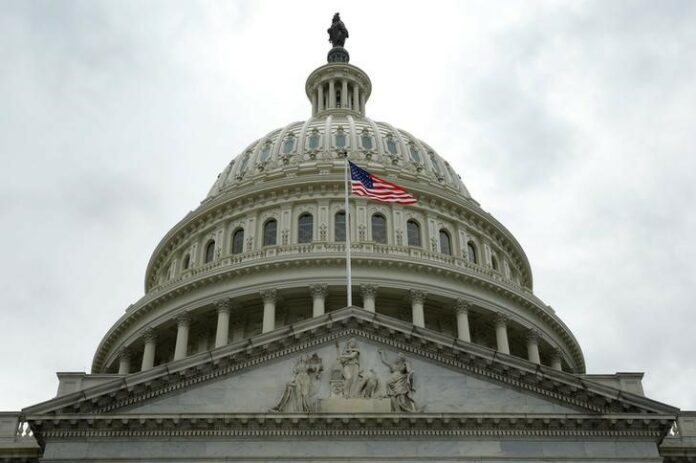 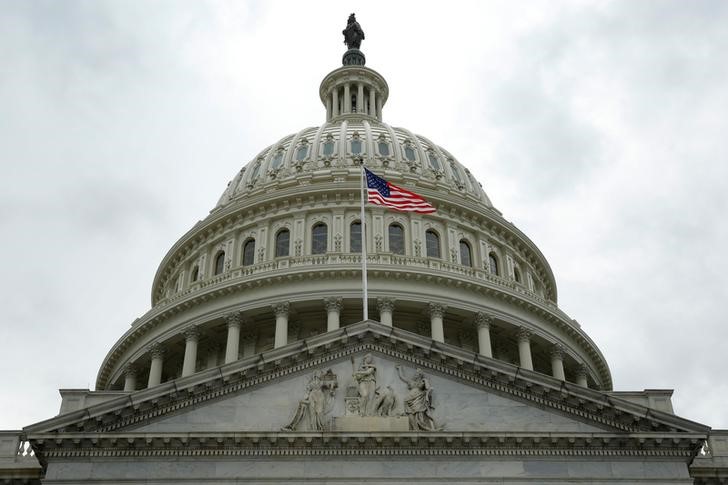 Investing.com — Stocks are set to extend their recovery at the open, supported by an imminent deal to put off the debt ceiling crisis temporarily, and by a sharp reversal in natural gas prices in the wake of Vladimir Putin’s jawboning on Wednesday. Weekly jobless claims are due, and Amazon’s (NASDAQ:AMZN) Twitch service suffers a major hack. German industrial production slumped in August, and Joe Biden and Xi Jinping have agreed in principle to meet virtually before the end of the year, in what looks like another tentative sign of improvement in U.S.-Chinese relations. Here’s what you need to know in financial markets on Thursday, 7th October.

1. Can you kick a ceiling down the road?

The U.S. averted – for now – the risk of a damaging default on its debt as Senate Minority Leader Mitch McConnell proposed a temporary suspension of the debt ceiling until early December.

The offer comes with a string attached: Democrat lawmakers must attach a dollar level to the new ceiling that the extension will require. Senate Majority Leader Chuck Schumer indicated that the offer was likely to be accepted.

The market reaction to the news on Wednesday underlined the degree to which such concerns had weighed on recent performance in U.S. markets, even though the ritual political theater accompanying the debate has been a feature of U.S. politics for the last 25 years.  It’s also a reminder of the heavy political price that could be paid by any party seen to be responsible for causing the government to default. U.S. 10-year Treasury yields drifted around the 1.52% level overnight.

Another market getting at least a temporary reprieve was the European natural gas market, where  U.K. spot prices retraced by as much as 49% in response to signs that Russia is willing to increase supplies to Europe. The front-month futures contract eased by some 7%

A carefully stage-managed intervention by President Vladimir Putin on Wednesday held out the prospect of increased flows, against an unspoken sub-text that this would be dependent on allowing a quick start to shipments through the Nord Stream 2 pipeline. He was also scathing of Europe’s attempts to give the spot market a greater role in price formation and repeated Russia’s offer of new long-term contracts, and its continued desire to own and operate storage facilities in Europe.

Political opposition to both of those points in Europe remains high, on security of supply grounds. However, the European economy’s precarious position may undermine that.  German industrial production fell 4% on the month in August, the second set of disappointing data from Europe’s biggest economy in as many days.

U.S. stocks are set to extend their recovery when markets open later, supported by both the debt ceiling agreement and the relief from energy prices.

Stocks likely to be in focus later include Amazon, after its Twitch service suffered an extensive hack, and Royal Dutch Shell (LON:RDSa), which said it expected a substantial bump to cash flow despite a $400 million hit to earnings from Hurricane Ida.  ConAgra Foods reports earnings, shedding fresh light on the ability of companies to pass higher input prices on to consumers.

U.S. President Joe Biden and his Chinese counterpart Xi Jinping have agreed to hold a virtual meeting by the end of the year, the White House said.  The news adds to signs of a thaw in U.S.-Chinese relations, despite the Biden administration’s refusal so far to lift any of the sanctions imposed by his predecessor Donald Trump.

U.S. officials who met in Zurich briefed media that talks had been more productive than the previous exchange in Anchorage, Alaska, a few weeks back.

The development follows the resolution of a long-standing issue in bilateral relations in September, which saw Huawei’s chief financial officer released from custody in Canada and allowed to return home, in return for agreeing to a statement of fact from the Justice Department that may give the U.S. a stronger legal case for sanctions against the Chinese telecoms firm.

Crude oil prices fell overnight, dragged lower by the move in natural gas prices and weighed on by reports that the U.S. may sell oil from its Strategic Petroleum Reserve. That comes on top of government data showing a surprising 2 million barrel increase in U.S. inventories last week.

Reports also suggested that the Biden administration is considering the reintroduction of a ban on crude oil exports, which was lifted by Donald Trump after being in place for nearly four decades.