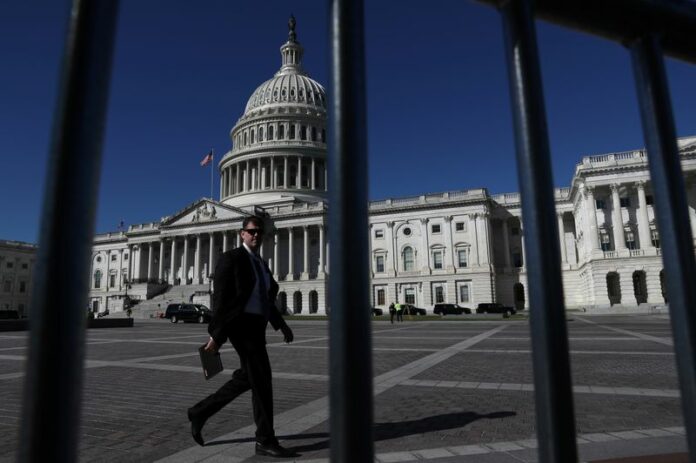 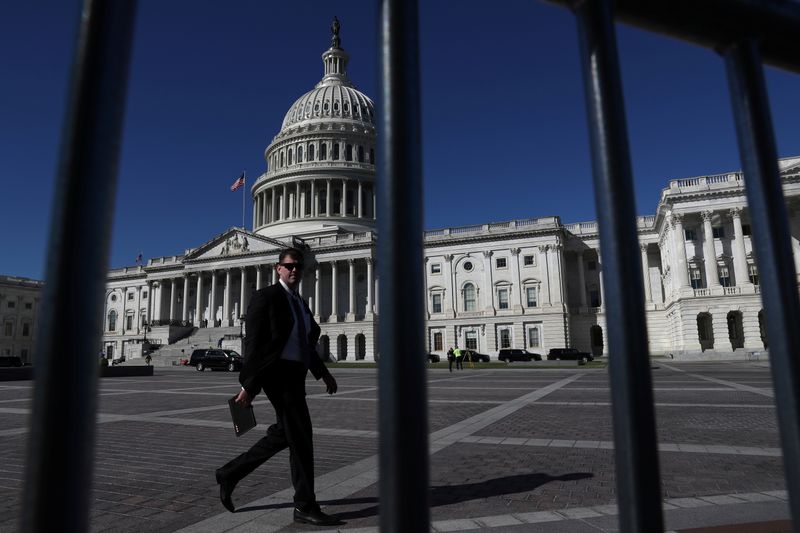 WASHINGTON (Reuters) – A threat by Democrats to do away with the U.S. Senate’s filibuster rule colored Wednesday’s behind-the-scene efforts to avert a looming federal debt default, which economic analysts say could upend the global financial system.

President Joe Biden, a former senator who has long defended the filibuster rule that requires 60 of the chamber’s 100 members to agree on most legislation, said late on Tuesday that Democrats would consider making an exception to the filibuster https://www.reuters.com/world/us/what-is-us-senate-filibuster-why-is-everyone-talking-about-it-2021-10-06 to hike the government’s $28.4 trillion debt ceiling and defend the economy.

Democrats called off an early Wednesday afternoon vote after the Senate’s top Republican, Mitch McConnell, floated a plan that would buy more time https://www.reuters.com/world/us/us-senate-democrats-plan-debt-limit-vote-after-biden-hints-filibuster-could-go-2021-10-06 to resolve the issue. Without congressional action to raise the debt limit, the Treasury Department has forecast that it will run out of ways to meet all its obligations by Oct. 18.

While McConnell did not explicitly tie his offer to back a temporary extension of the debt limit through early December, both he and his fellow top Republicans raised concerns in public remarks.

Hours before announcing his offer, McConnell made a direct reference to the filibuster by warning on the Senate floor that Democrats could be “intentionally playing Russian roulette with the economy to try to bully their own members into going back on their word and wrecking the Senate.”

Democrats hold just 50 Senate seats, with their majority coming in Vice President Kamala Harris’ ability to break ties. But that has allowed Republicans to use the filibuster to block many of their priorities, including bills on immigration reform and voting rights.

Some in the caucus have called for blowing up the filibuster, a Senate tradition not enshrined in law, though Biden and two moderate Democrats, Joe Manchin and Kyrsten Sinema, have objected.

Manchin on Wednesday reiterated his opposition to ending the filibuster, a term that the Senate says is descended from a Dutch word for pirate.

Proponents of the filibuster say it ensures stability in the law, preventing major elements of American life from changing every time control of the Senate shifts from party to party

But the threat of soaring interest rates, a surge of layoffs and a sharp drop in the stock market if the United States were to default would have upped pressure on the holdouts to agree to eliminate it.

Senator John Thune, the chamber’s No. 2 Republican, told reporters that doing away with the filibuster would be “a horrible option for this institution (and) for the country.”