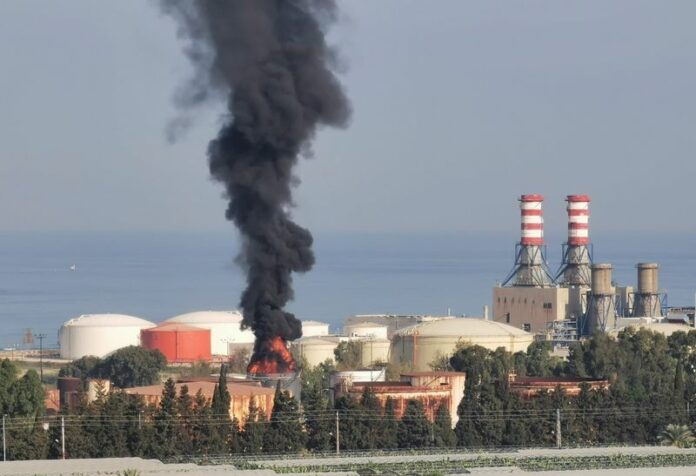 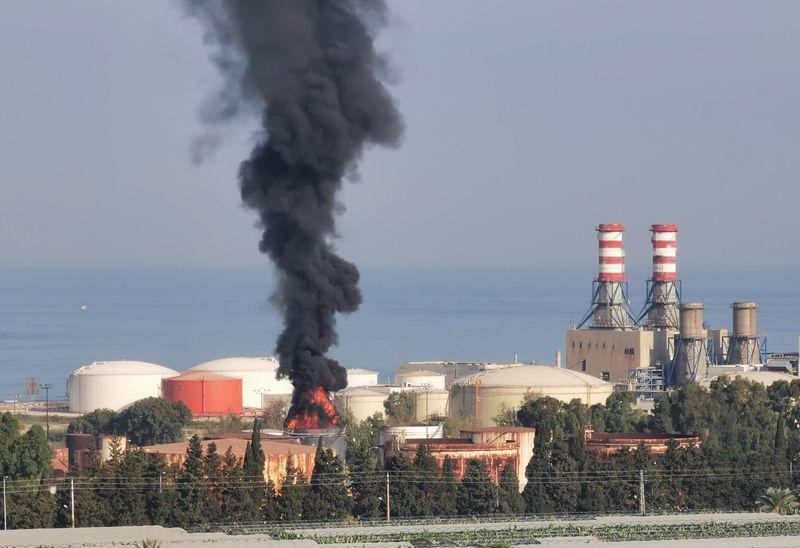 BEIRUT (Reuters) – A fire broke out at an oil facility fuel storage tank in southern Lebanon on Monday, sending a column of smoke into the air as firefighters doused the flames and a security source said the army was cooling nearby tanks to stop the blaze spreading.

There was no immediate official comment or reports of casualties at the Zahrani oil facility on the Mediterranean coast. The security source said the fire at a gasoline tank had yet to be brought under control.

The army was diverting traffic away from the facility, the security source said, adding that the area was sparsely populated.

The facility at Zahrani, around 8 km (5 miles) south of the city of Sidon, houses one of the country’s main power stations.

Al Jadeed TV channel reported the Lebanese army was evacuating the area amid fears that the fire would spread and cause an explosion.

Lebanon, which is in the throes of a crippling economic meltdown, has been hit by a string of calamities including the catastrophic chemicals explosion at Beirut port last year which killed more than 200 people and devastated swathes of the city.

The country has been suffering dire power and gasoline shortages as a result of its economic and financial meltdown.

At the weekend, fuel shortages led the country’s two biggest power plants – the one in Zahrani and another in Deir Ammar in the north – to shut down completely, adding to the hardship of Lebanese who have been struggling with meagre supplies of state-generated power for months.

The energy ministry said on Sunday that power had been restored to the levels before the blackout, after the Lebanese army provided 6,000 kilolitres of gas oil to the two power stations.

The World Bank has called Lebanon’s economic crisis one of the deepest depressions of modern history. Three quarters of its population have been plunged into poverty and the currency has lost 90% of its value in the past two years.

Lebanese have had to increasingly rely on private generators for power, with expensive fuel oil bills, as the state electricity company provided a few if any hours of service a day to their districts.