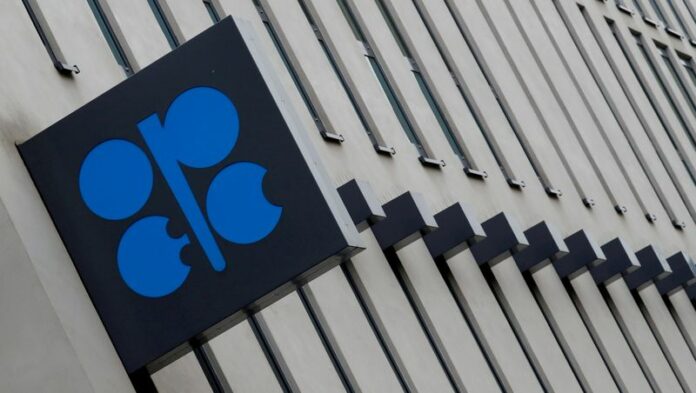 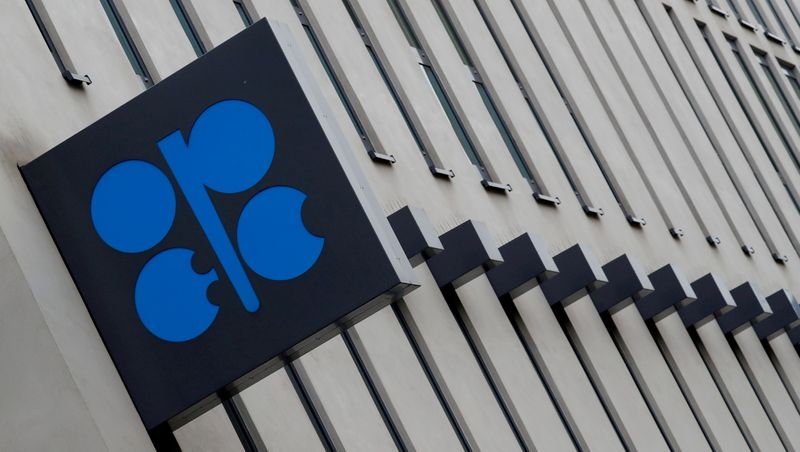 © Reuters. FILE PHOTO: The logo of the Organisation of the Petroleum Exporting Countries (OPEC) sits outside its headquarters ahead of the OPEC and NON-OPEC meeting, Austria December 6, 2019. REUTERS/Leonhard Foeger

WASHINGTON (Reuters) -The White House stands by its calls for oil-producing countries to “do more” to support the global economic recovery, an official said on Monday, as crude prices hit multi-year peaks.

The official said the administration was closely monitoring the cost of oil and gasoline and “using every tool at our disposal to address anti-competitive practices in U.S. and global energy markets to ensure reliable and stable energy markets.”

It has raised the concern at a senior level with several members of the Organization of the Petroleum Exporting Countries and their allies, known as OPEC+, according to the official.

Benchmark Brent is at a level not seen since 2018, while U.S. crude prices hit highs not reached since 2014 due to a combination of factors. Worldwide demand has rebounded faster than anticipated, and high natural gas prices are spurring some nations to switch power generation to oil from gas.

Meanwhile, OPEC+ has maintained limits on supply since the outset of the pandemic. At one point, it cut more than 10 million barrels of daily supply from the market due to weak demand. As of July, it agreed to boost output by 400,000 barrels per day (bpd) to phase out the continued 5.8 million bpd in cuts.

The producing group, led by Saudi Arabia, has been wary of subsequent coronavirus outbreaks undermining demand and attentive to members’ finances, which benefit from higher prices.

U.S. oil production, which peaked near 13 million bpd in late 2019, remains far below that level even though daily fuel demand has rebounded to pre-pandemic levels.