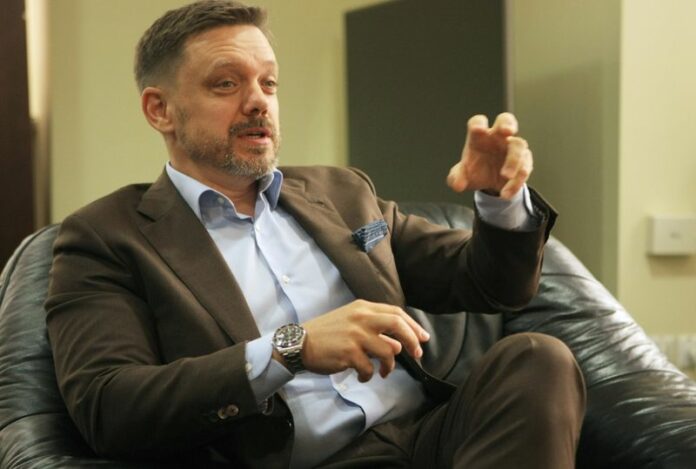 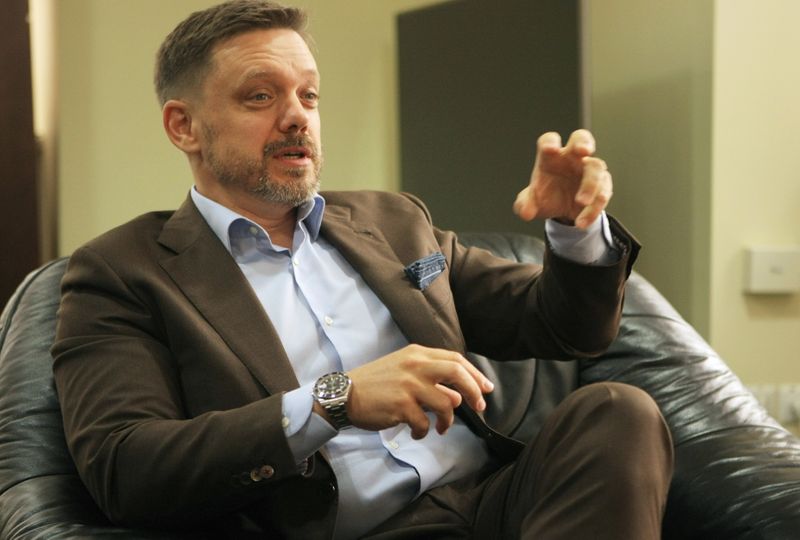 © Reuters. FILE PHOTO: Yevgen Metsger, Chairman of the Management Board of the Ukreximbank, speaks during an interview in Kyiv, Ukraine August 19, 2021. REUTERS/Yevhen Kotenko

KYIV (Reuters) – Ukraine’s third-largest bank dismissed its chairman on Monday after a Kyiv court ordered him to be put under house arrest while police investigate a scuffle with journalists in his office.

Last week, police and prosecutors launched an investigation after the news outlet Radio Liberty said staff at the state-run Ukreximbank attacked a team of its journalists who were investigating the bank’s lending practices.

Ukreximbank’s supervisory board suspended its chairman, Yevgen Metsger, and apologised to the journalists after Radio Liberty aired footage and audio of the incident. Metsger has said he would resign if police found him guilty of a crime.

On Monday a court ordered Metsger to remain under house arrest between the hours of 10 p.m. and 6 a.m. every night, the Kyiv city prosecutor’s office said in a statement.

“Two persons, the head of the bank and the official in charge of information policy. have been placed under night house arrest,” it said.

Metsger could not immediately be reached for comment but he has previously apologised for what he described as an “overly emotional reaction and unrestrained behaviour towards the journalists”.

The bank’s supervisory board issued a statement on Monday evening saying Metsger himself had formally initiated the “termination of fixed-term employment contract on his own initiative” and was subsequently dismissed.

The bank said it had appointed an interim chairman until a permanent replacement was found by next April at the latest.

Radio Liberty said reporters from its programme “Schemes” are investigating a loan made by the bank. The bank has denied any wrongdoing over loans and said banking secrecy laws prevented it from discussing the matter.

Radio Liberty said it had managed to restore footage of the confrontation with Metsger despite the bank’s attempt to delete it. In the video, Metsger is heard refusing to give an interview and ordering staff to seize the cameras and destroy all footage.