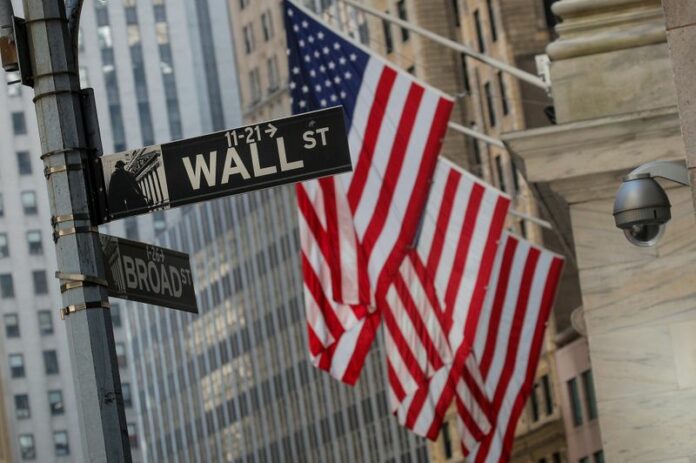 Investing.com — Earnings from four of the U.S.’s largest banks will show whether the weak lending trends reported by JPMorgan (NYSE:JPM) are a sector-wide problem. Producer price inflation is expected to hit a new multi-year high (after hitting a 26-year high in China overnight). Oil prices are surging after a warning from the International Energy Agency, and the chip market is going to stay tight all through 2022, says one of the world’s biggest makers of semiconductors. Here’s what you need to know in financial markets on Thursday, 14th October.

A wave of bank earnings hits the screens this morning, a day after JPMorgan put out a quarterly report that depended heavily on reserve releases to deliver the obligatory “beats expectations” headlines.

Citigroup (NYSE:C), Bank of America (NYSE:BAC) and Wells Fargo (NYSE:WFC) will all report early and will be scrutinized for signs of the weak loan growth that stood out in JPM’s report. JPM blamed a preference for prepayment for that development, suggesting that consumers became more cautious in a summer dominated by the Delta-variant wave of Covid-19.

Morgan Stanley (NYSE:MS) will also report, and as a pure play investment bank may fare better by comparison – especially given the ongoing strength of the M&A market. However, JPMorgan’s numbers also hinted that even that may be starting to cool.

Weekly jobless claims numbers at 8:30 will give a fresh sight into labor market developments.  Initial claims are expected to inch down to 319,000 from 326,000 last week.

Last week’s numbers suggested that the U.S. economy was getting over the temporary softness caused by the summer Covid-19 wave, which is now fading fast in the rear-view mirror. The 7-day nationwide average for new cases fell to its lowest in over two months on Wednesday.

Of more interest potentially will be U.S. producer price data due out at the same time. Producer price inflation has soared to 8.3% as of August, and figures from the rest of the world suggest another increase in September. Analysts expect a rate of 8.7%.

Speeches from the Federal Reserve’s Thomas Barkin, Mary Daly and Raphael Bostic may show some reaction to either set of numbers.  Overnight, producer price inflation in China rose to 10.7%, its highest in 26 years.

Chipmakers in particular seem set to be well bid after Taiwan Semiconductor Manufacturing (NYSE:TSM), one of the world’s biggest contract manufacturers of silicon chips, said it expects its supply to remain tight through the whole of next year. It had previously expected some moderation in supply-demand pressure from early in 2022.

The chip shortage continues to take its toll on manufacturing around the world. Germany’s five leading economic think-tanks slashed their forecast for GDP growth in Europe’s largest economy to 2.4% from 3.7% earlier, blaming supply chain problems that have been concentrated in shortages of chips for the key automotive industry.

Elsewhere in Europe, Italian industrial group CNH Industrial (NYSE:CNHI) said it would shut several of its European plants temporarily due to the same problems.

The institutes also raised their forecast for German inflation to 3% this year, and 2.5% next year, up from 2.4% and 1.7% respectively. That points to fresh tension within the European Central Bank, which has so far refused to jump on the monetary tightening bandwagon. The latest central bank to join the trend is Chile’s which raised its key rate by 125 basis points to 2.75% on Wednesday.

Crude oil prices rose again, as the International Energy Agency rammed home the familiar message that, with the fading of the summer Covid-19 wave and the lifting of restrictions in many parts of the world, global demand is rising faster than OPEC and its allies are raising supply.

“Demand will outpace supply until at least the end of 2021,” the IEA said in its monthly report, adding that high oil prices could threaten the global economic recovery from the pandemic.