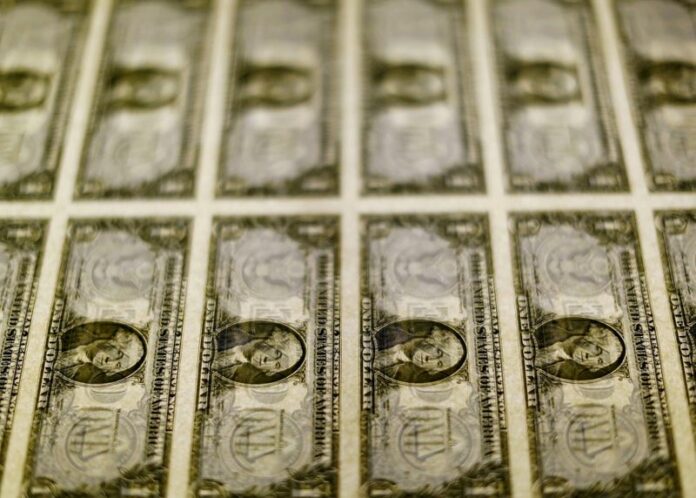 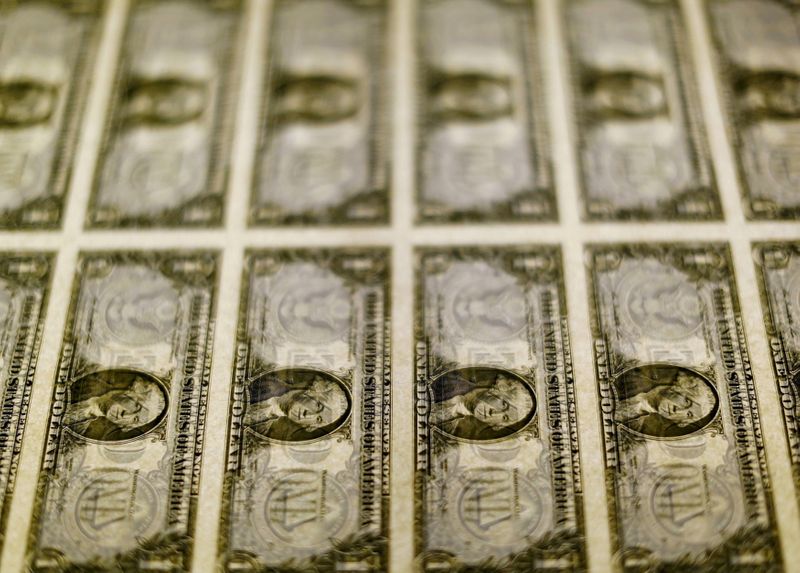 © Reuters. FILE PHOTO: U.S. dollar bills are seen on a light table at the Bureau of Engraving and Printing in Washington, November 14, 2014. REUTERS/Gary Cameron

NEW YORK (Reuters) – U.S. consumer prices increased solidly in September and are poised to rise further in the months ahead amid a surge in the costs of energy products, which would cast doubts on the Federal Reserve’s view that high inflation is transitory.

“It’s a fairly modest move. CPI leveled off last month, so that doesn’t surprise me too much… it’s the PPI that’s been a bigger challenge. That’ll be one to pay attention to, but this one is not too far out of line with what was expected.”

“Most people understand that supply chain disruptions and inventory shortages are ongoing; there’s very little few people out there forecasting that those are going to go away anytime soon…I think they’re on target for tapering. This data isn’t going to change any of that. I think the thing to keep an eye on is bank earnings reports coming out this week and the PPI number.”

“The headline came in a little hotter than expected but the core was in line with what we were anticipating and I think the worst is not behind us because our belief is that fourth quarter CPI year-on-year will come in at 5.5% on average and then start to moderate as we move into 2022. So the worst is yet to come. The higher inflation will keep the Fed on target to announce a tapering program at the November meeting and then to start immediately thereafter and carry through to the middle of 2022.”

“Wednesday’s still elevated Consumer Price Index marks about 6-months worth of hot inflation data, suggesting that inflation is not as transitory as many investors previously expected. It coincides with the start of third quarter earnings season, and investors will be looking to see if inflation is starting to negatively affect corporate profits in a significant way.”

“The Inflation data is unlikely to change the Federal Reserve’s view on tapering. The Fed is already expected to announce its tapering plans and the central bank likely wants to preserve optionality with their hiking cycle. If the recent pace of elevated inflation continues, that could push the Federal Reserve to start removing accommodation sooner rather than later, which could hurt stocks and other risk assets.”

“The headline line was a little higher than expected, the core a little lower than expected, but I think we’re forming consensus here that inflation is going to be around somewhat longer than the Fed originally thought. The Fed is now coming around to that view, and I would expect them to start taper at their next meeting and to finish it between the spring and June and to start raising rates next year.”

“There’ll be renewed interest in some of the cyclical stocks. Traditionally, this has not been good for the technology sector and for stocks that have high multiples.”

“The Fed will probably make some noise about being concerned with the inflation numbers, but they still believe inflation to be transitory, and so will continue on the same path where they begin to end buybacks and focus on higher rates in 2022.”

“The overreaching theme has been inflation for the past two or three weeks now and I think the data really came in in-line with expectations – obviously the numbers were a little bit above expectations, but I don’t think that really surprises a lot of folks. You don’t have to go very far, just to your grocery market or pump gas to know that prices are higher, for at least the last four of five months.”

“When it comes to the Fed, it gives them more support for a change in monetary policy stance in regards to tapering, in regards to potentially higher rates.”

“I think that’s why the dollar will remain firm … overall the dollar has been rallying relatively strong for the last, I would say month or two.”

“Core rate was in-line with expectations. The bottom line is it indicates persistent inflation. Inflation is going to be more long-lasting than the Fed expects.”

“In my opinion this accelerates the tapering move and we’ll probably get an announcement next month.”

“Inflation was a bit stronger than expected, driven I would probably say a lot by Covid-impacted components. The decline in autos was not as big as expected, at the same time rents were quite a bit higher, which is a concerning factor. You could chalk that up to a return to normal, so to speak, a return to the post-Covid normality as people move back into the cities.”

“But certainly, quite a bit more price pressure here than was previously showing up, so this is a much stronger print than expected even though if you look at core prices overall they were actually a little bit weaker.”

“For markets this is going to continue to reinforce the theme that the Fed may hike earlier, but perhaps not hike as high as they anticipated, as they really move preemptively to crush inflation.”

“It’s modestly hotter, on the headline number, and basically in line in the core. So, not disruptive necessarily. This doesn’t change the impression of where we stand, both on inflation and monetary policy.”

“The good news is the sequential increases have decelerated for three months in a row. So what does that mean? Yes, we’re seeing increases, but they’re decreasing by an order of magnitude. It’s showing improvement. So I think that’s what investors will focus on.”

“This doesn’t really change consensus that at the next Fed meeting, which will be in November, we’ll likely hear about a tapering process. So I think the Fed is still in line with what consensus is for their next steps.”

“We have a market that sees more headwinds than tailwinds as we enter earnings season here. … The path of least resistance continues to be a bit sluggish here.”

“We’re going to have a market that shifts its focus from the macro to the micro during earnings season.”

“Obviously there is enough there for people to continue the flattening trade and just take intermediate Treasury yields to fresh highs. So the inflation story just continues to mount with just sort of any news people will find reasons to be more concerned about inflation.”

“The next big thing for the 10-year is how the 30-year auction goes, if the 30-year auction continues the flattening trade and we get an award somewhere around 2.06%, that should keep tens below 1.60%, but what your eyes just immediately gravitate to right now is the 5-year is above 1.10%, that is beginning to enter into territory where the Fed is increasing rates next May. That is really hard to put together, even if the Fed becomes concerned about inflation, it is probably still going to argue about it for four months.”

“Nothing surprising. We know that inflation is elevated due to commodities prices being up and the supply chain disruptions that we’re witnessing.”

“It reassures the Fed because there were no surprises.”

“I don’t see stagflation happening. The economy is going to continue to grow, albeit bumpier than over the last 12 months, but generally we’re in good shape and the consumer seems to still have an appetite and that’s good for the economy.””

“We need to bifurcate and see where the inflation is. It’s not a one-size fits all answer.”

“If wages rose 5% over the last 12 months, that’s significant but it also has economic benefits. What we’re concerned about is if they keep on rising at a rapid pace, and that’s unlikely.”

Ireland hopes for agreement on Northern Irish trade within weeks