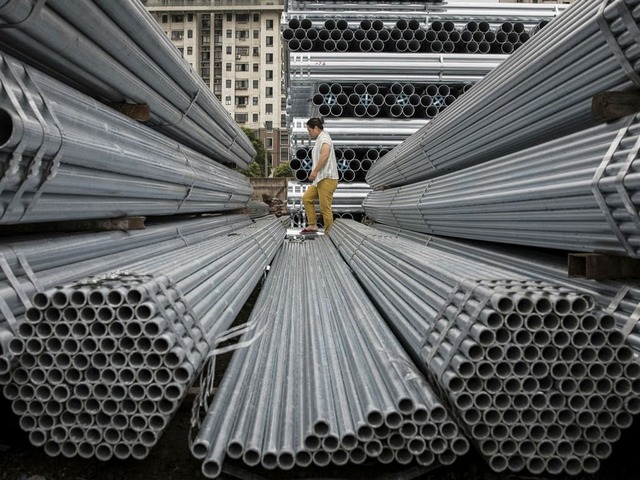 MELBOURNE: Rio Tinto Ltd is trialing new technology that would use biomass in place of coking coal in the steelmaking process, the company said on Thursday, adding it could be a cost-effective way to cut industry carbon emissions.

The world’s largest iron ore miner has developed a process over the past decade that combines the use of “sustainable” biomass – a plant or animal material used as fuel to produce electricity or heat – with microwave technology to convert iron ore to metallic iron during the steelmaking process, it said.

Steel and iron ore producers are pushing to develop technology to cut carbon emissions in line with global climate commitments by 2050 but most have focused on using hydrogen in that technology, which is not expected to be cost effective until well into the next decade.

“While it’s still early days and there is a lot more research and other work to do, we are keen to explore further development of this technology,” said Rio Tinto Iron Ore Chief Executive Simon Trott in a statement.

The process is now being tested in a small-scale pilot plant in Germany, Rio said, adding it was looking at other ways to lower emissions in the steel value chain.

More than 70% of Rio’s Scope 3 emissions, the carbon emissions produced by Rio’s customers when using its products, come from converting iron ore into steel, which is among the world’s most heavily polluting industries.

If this and larger-scale tests are successful, there is the potential over time for this technology to be scaled up commercially to process Rio Tinto’s iron ore fines, the company said.

Rio Tinto’s process uses plant matter known as lignocellulosic biomass, instead of coal, primarily as a chemical reductant. The biomass is blended with iron ore and heated by a combination of gas released by the biomass and high efficiency microwaves that can be powered by renewable energy.

In Taiwan tea country, a scramble to adapt to extreme weather

In Taiwan tea country, a scramble to adapt to extreme weather