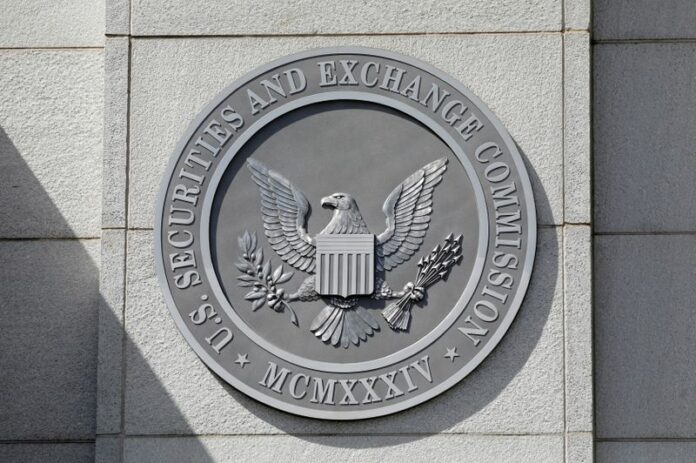 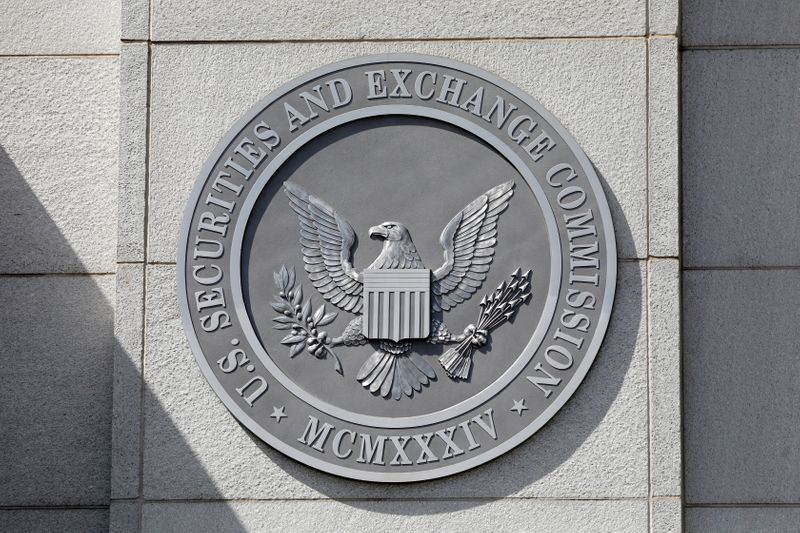 © Reuters. FILE PHOTO: The seal of the U.S. Securities and Exchange Commission (SEC) is seen at their headquarters in Washington, D.C., U.S., May 12, 2021. REUTERS/Andrew Kelly/File Photo

WASHINGTON (Reuters) – The U.S. Securities and Exchange Commission (SEC) on Wednesday said it voted to adopt a rule modernizing the process for paying filing fees when operating and investment companies engage in certain transactions, including registered securities offerings, tender offers, and mergers and acquisitions.

The SEC amendments, which generally become effective on Jan. 31, 2022, with some updates phased in over the coming years, would also require filers to present the information required for filing fee calculation in a separate interactive format known as Inline eXtensible Business Reporting Language (XBRL), the agency said.

It added that the changes would improve filing fee preparation and payment processing by increasing the speed, accuracy and usability of financial disclosure, and eventually reduce costs.

The unanimous vote to adopt the rule in Wednesday came after it proposed in October 2019 to address the way the SEC processes thousands of filings from public companies and other issuers.

Historically, SEC staff had manually calculated the fees associated with registered securities offerings and tender offers, while filers themselves had to manually input numbers, a process that invites opportunities for errors, SEC Chair Gary Gensler said in a statement.

The Wednesday measure is expected to be applauded by industry groups which have long argued that modernization would lead to enhanced validation and improved efficiency of the payments process.

“Today’s rule will transition these forms to a structured data format. As a result, the SEC will be able to automatically detect errors and calculate fee amounts,” Gensler said.