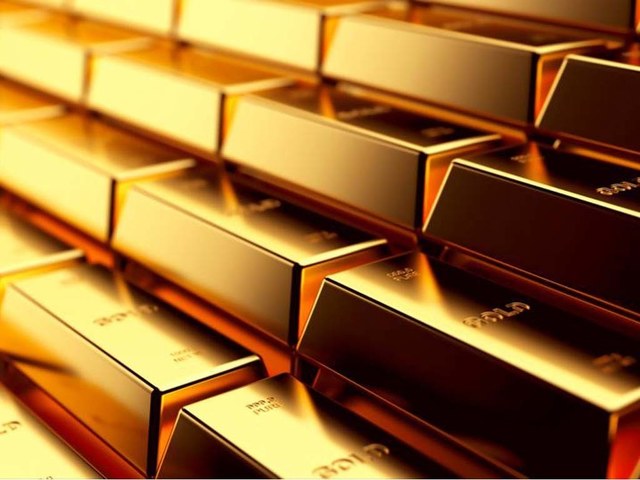 NEW YORK: Gold prices rose 2% on Wednesday as the dollar and US Treasury yields retreated, with investors’ focus on minutes from the Federal Reserve’s latest policy meeting for confirmation of its tapering strategy.

“Gold is just following yields at the moment. The initial reaction after CPI (consumer price index) data was a big spike in yields, which is now starting to fade away,” said Daniel Pavilonis, senior market strategist at RJO Futures.

Gold initially pared gains as benchmark US 10-year Treasury yields rose above 1.6% following data showing US consumer prices increased solidly in September and were poised for a further rise in coming months.

But a subsequent pullback in yields, which reduced the opportunity cost of holding non-interest bearing gold, drove a strong rally in precious metals.

The metal also drew support from a slide in the dollar and worries that high inflation would hit global economic growth.

“Inflation expectations mixed with global growth concerns have made many investors nervous that the business and the consumer will be much weaker in the second half of 2022. Safe-haven flows are starting to come gold’s way,” Edward Moya, senior market analyst at brokerage OANDA, said in a note.

Investors now await the release of minutes from the US central bank’s September meeting at 1800 GMT, amid expectations for tapering of economic support as soon as next month.

Meanwhile, a group of banks that partnered with the London Metal Exchange to launch gold and silver futures in 2017 is preparing to abandon the project after hoped-for volumes did not materialise.