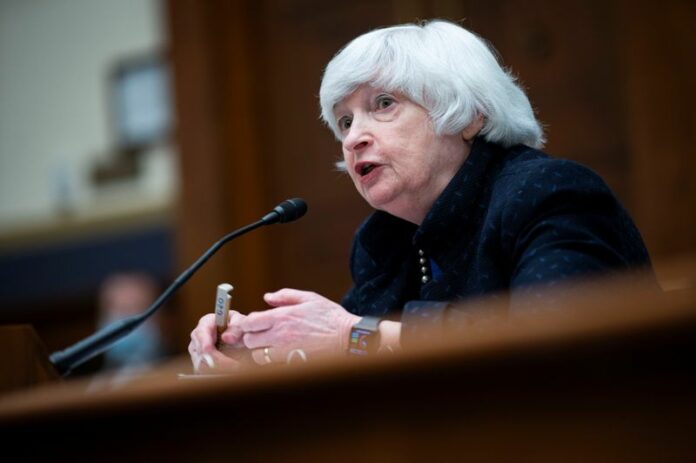 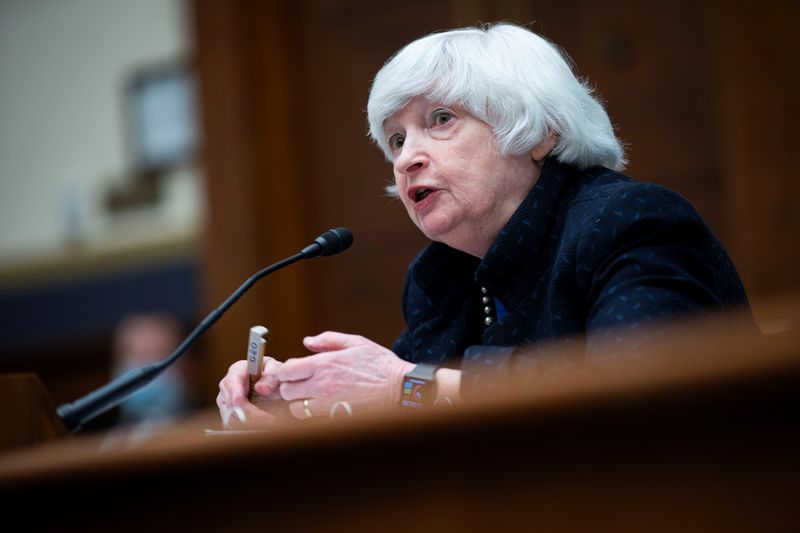 Yellen, in a statement to the steering committee of the International Monetary Fund, also called for moves by international financial institutions to enhance their internal systems for whistleblower protections.

The U.S. Treasury chief said Washington would monitor developments closely and evaluate any new facts and findings should they become available.

The IMF’s executive board on Monday cleared IMF Managing Director Kristalina Georgieva of wrongdoing after reviewing claims that https://www.reuters.com/business/imf-board-resume-debate-over-georgievas-future-later-monday-2021-10-11she and other World Bank officials put “undue pressure” on bank staff to alter data in the Doing Business 2018 report to favor China.

Yellen put Georgieva on notice at the time that, although there was not enough direct evidence to warrant her removal, Washington viewed the allegations as legitimate and serious. She also demanded proactive steps to ensure the integrity of IMF data and protection of any whistleblowers.

In her statement to the IMF’s International Monetary and Financial Committee and the World Bank’s Development Committee on Thursday, Yellen warned that the investigation’s findings could harm both institutions unless they were addressed.

“Results of the investigations into Doing Business irregularities could reduce confidence in the international financial institutions if there is not strong action to boost accountability, protect data integrity, and prevent misconduct,” she said.

Yellen has faced criticism from some members of Congress who say she bowed to pressure from other countries and allowed the IMF board to wrap up its review too quickly.

“We don’t know what happened, and now we may never know what really happened, leaving a cloud of suspicion over future World Bank and IMF reporting” of research, Senator James Risch, the top Republican on the Senate Foreign Relations Committee, said on Thursday.

Risch, along with the panel’s Democratic chairman, Senator Robert Menendez, had previously called for full accountability https://www.foreign.senate.gov/imo/media/doc/09-22-21%20Menendez%20Risch%20letter%20to%20POTUS%20re%20Georgieva%20World%20Bank%20investigation.pdf in the matter.

IMFC Chair Magdalena Andersson, who is Sweden’s finance minister, said she believed the IMF board conducted a thorough review before expressing its support for Georgieva.

“It’s truly a thorough work that was done by the IMF board, and the conclusion from that thorough analysis is that there is a unanimous, and full support for Kristalina … the way she is conducting her work as managing director of the IMF,” Andersson told reporters at an IMFC news conference.

The saga is far from over for the IMF, said one source familiar with the matter, underscoring the serious nature of the findings of the WilmerHale investigative report.

Treasury will monitor the IMF’s follow-up closely and expects its “asks” of Georgieva to be fulfilled, said the source, who spoke on condition of anonymity.

WilmerHale, the law firm that investigated the matter for the World Bank’s board, is working on a separate report about possible wrongdoing by bank staff with regard to the data manipulation found in the 2018 and 2020 Doing Business reports.

Treasury officials will evaluate that second report when it is released, the source said.

The World Bank said there no specific deadline for WilmerHale to complete the report, noting that the law firm had been tasked to carry out a thorough review and follow all leads.

A World Bank spokesperson also noted that the report would go to the bank’s human resources department and was unlikely to be publicly released since investigations involving staff are confidential.