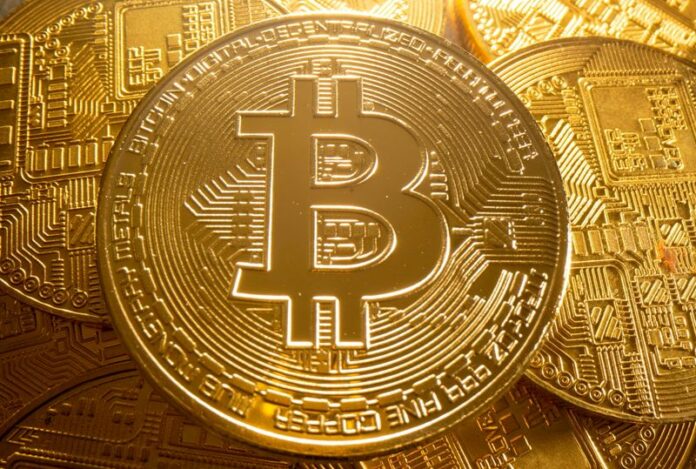 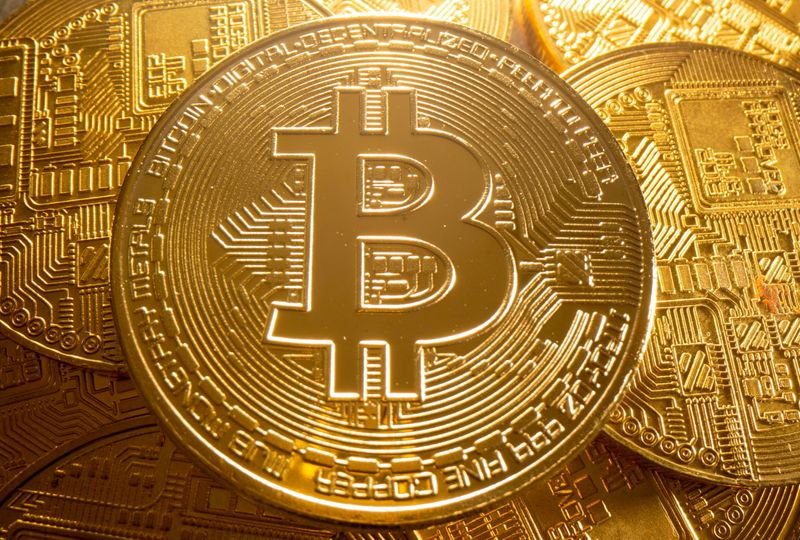 LONDON/NEW YORK/HONG KONG (Reuters) – Bitcoin topped $60,000 for the first time in six months on Friday, nearing its all-time high, as hopes grew that U.S. regulators would allow a futures-based exchange-traded fund (ETF), a move likely to open the path to wider investment in digital assets.

Cryptocurrency investors have been waiting for approval of the first U.S. ETF for bitcoin, with bets on such a move fuelling its recent rally.

The U.S. Securities and Exchange Commission (SEC) is set to allow the first American bitcoin futures ETF to begin trading next week, Bloomberg News reported on Thursday. Such a move would open a new path for investors to gain exposure to the emerging asset, according to traders and analysts.

“Crypto ETFs are inevitable. A product like this will eventually come to fruition since there is a demand for it,” said Chris Kline, chief operating officer and co-founder of Bitcoin IRA.

“It seems clear that regulators will approve some version of a crypto ETF soon, most likely by Monday,” Kline added. “As regulators become more familiar with the space, the SEC is starting to understand how these assets are stored, secured and reconciled so that it makes sense in traditional finance.”

Bitcoin on the rise https://fingfx.thomsonreuters.com/gfx/mkt/movanjqkapa/bitcoin.PNG

The Nasdaq on Friday approved the listing of the Valkyrie Bitcoin Strategy ETF.

After months of back-and-forth between the SEC and potential bitcoin futures ETF issuers, the regulator appears prepared to greenlight a handful of filings that will open the door to wider access to cryptocurrencies to retail and institutional investors alike.

Under the rule sets used by the ETF issuers, the SEC does not have to give explicit approval to the ETFs, which can be launched at the end of a 75-day period if the U.S. regulator has no objections.

The 75-day time period for the ProShares Bitcoin Strategy ETF ends on Monday, and the ETF can be launched on Tuesday.

Crypto ETFs have launched this year in Canada and Europe, growing in popularity amid surging interest in digital assets.

Futures exchange operator Cboe Global Markets (NYSE:CBOE) Inc applied for a rule change with the SEC that would allow it to list certain complex ETFs. The SEC approved that application on Oct. 1.

SEC Chair Gary Gensler has previously said the crypto market involves many tokens that may be unregistered securities and leaves prices open to manipulation and millions of investors vulnerable to risks.

Citing people familiar with the matter, the Bloomberg report said proposals by ProShares and Invesco, based on futures contracts, were filed under mutual fund rules that Gensler has said provide “significant investor protections”.

“It’s one of the final frontiers for mandate access,” said Joseph Edwards, head of research at crypto broker Enigma Securities. “Plenty of Americans in particular have strings attached to how they deploy a lot of their wealth. It allows bitcoin to get in on the sorts of windfall that keep U.S. equities as consistently strong as they are.”