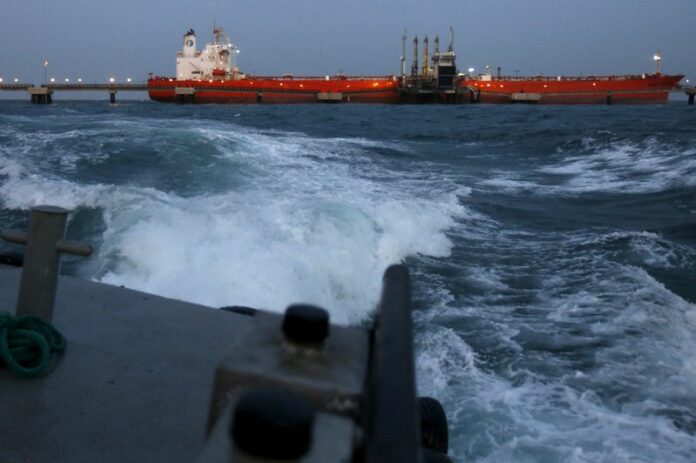 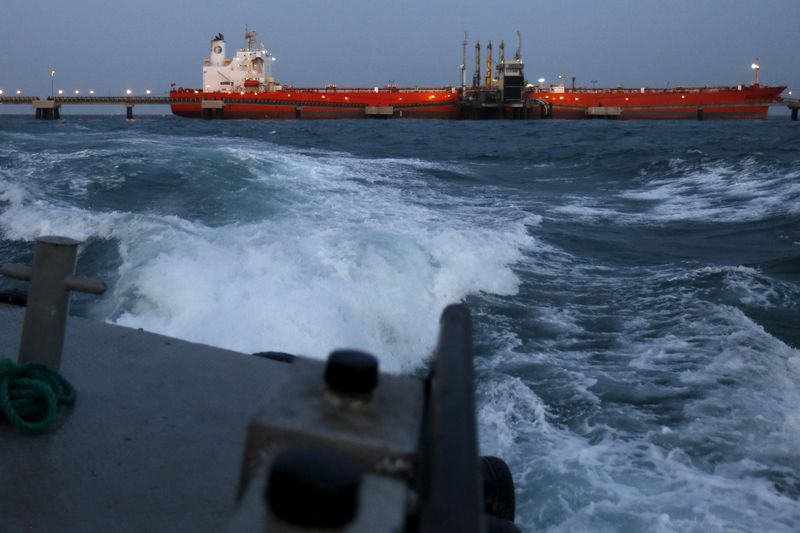 © Reuters. FILE PHOTO: An oil tanker is docked while oil is pumped into it at the ships terminal of PDVSA’s Jose Antonio Anzoategui industrial complex in the state of Anzoategui April 15, 2015. REUTERS/Carlos Garcia Rawlins/File Photo

By Marianna Parraga and Deisy Buitrago

HOUSTON/CARACAS (Reuters) – An Iran-flagged supertanker on Saturday was about to set sail from Venezuelan waters carrying 2 million barrels of heavy crude provided by state-run oil firm PDVSA, according to documents seen by Reuters and vessel tracking services.

The shipment is part of a deal agreed by PDVSA and its counterpart National Iranian Oil Company (NIOC) that exchanges Iranian condensate for Venezuela’s Merey crude. The swaps aim to ease an acute shortage of diluents that has cut Venezuela’s oil output and exports, Reuters reported last month https://www.reuters.com/business/energy/exclusive-under-us-sanctions-iran-venezuela-strike-oil-export-deal-sources-2021-09-25.

The bilateral oil trade could be a breach of U.S. sanctions on both nations, the U.S. Treasury Department told Reuters last month, citing government orders that establish the punitive measures.

The vessel arrived in Venezuela in September with its transponder turned off while carrying 2.1 million barrels of Iranian condensate. The light oil fed PDVSA’s Petrolera Sinovensa, Petropiar and Petrocedeno projects in the country’s Orinoco Belt.

A second condensate cargo of similar size is expected to be delivered to Venezuela in the coming weeks as part of the swap routine, which will be in effect for six months in its first phase.

Venezuela’s oil ministry, PDVSA and NIOC did not reply to requests for comment.

The exchange provides the OPEC nation with a stable supply of blending material needed to convert its extra heavy oil into exportable grades. The pact also delivers heavy oil to Iran for blending, refining or marketing to Asian customers.

Iran and Venezuela have strengthened their cooperation in the last year even under the watchful gaze of the United States, which has in recent years reimposed sanctions on Iranian state entities, including NIOC, and in 2019 blacklisted PDVSA.