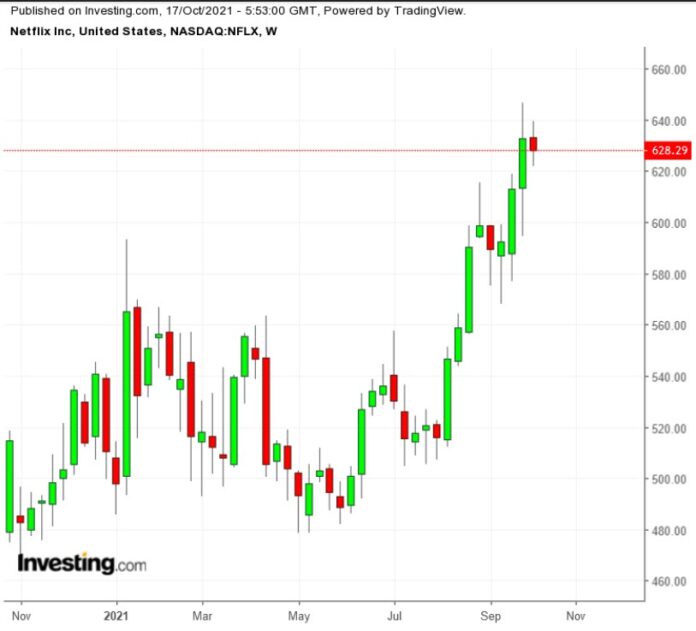 Earnings will take center stage in the week ahead as some of the largest U.S. companies from different sectors report Q3 2021 results.

As the U.S. economic recovery accelerates and COVID infections show a downward trend, investors will focus on inflationary pressures, supply-chain disruptions, and whether these factors are squeezing corporate margins.

Riding on earnings optimism, all three major U.S. indices, the S&P 500, Dow Jones and NASDAQ, closed the past week higher, with the NASDAQ taking the lead, gaining 2.2%. According to Refinitiv data, companies are beating earnings expectations so far by 15.6%, compared to the long-term average of 4%, but below the 18.4% average of the last four quarters. 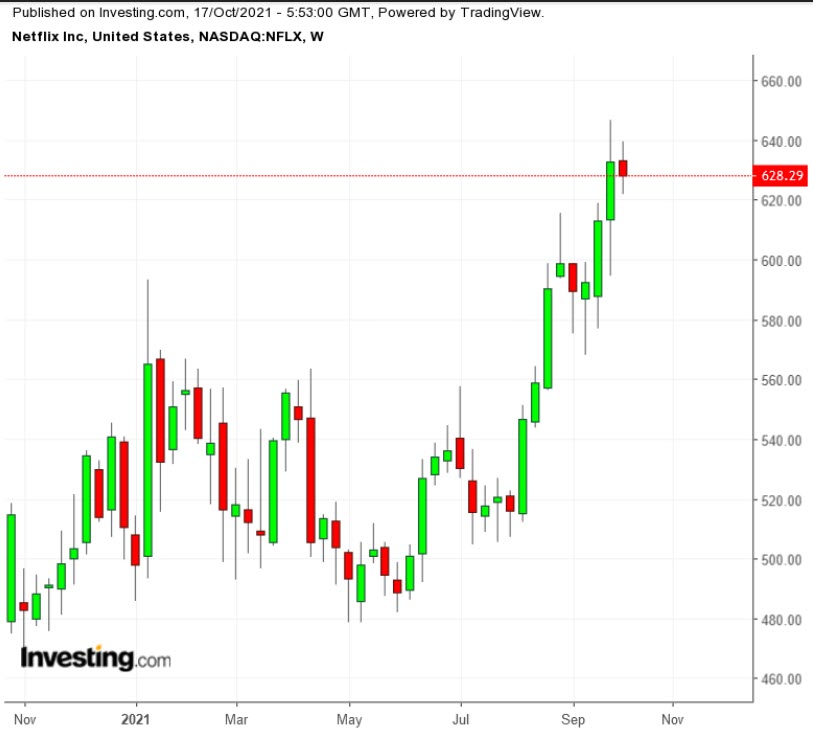 Netflix stock has rebounded strongly during the past quarter, on optimism that the company remains the best bet in the crowded streaming market, given the strength of its content and its global reach.

Last week, Netflix said its South Korean show “Squid Game” has become its biggest series launch ever. The series has attracted 111 million views since its release on Sept. 17, according to a Netflix tweet on Wednesday. That surpasses its previous top show, “Bridgerton,” which was seen by 82 million households in the first 28 days after its release.

As of Friday’s $628.29 close, shares of the Los Gatos, California-based company are up 16% during the past quarter, compared with the tech-heavy NASDAQ’s 2% expansion over the same period. This coming week’s earnings report will be crucial if the stock is to continue this rally. 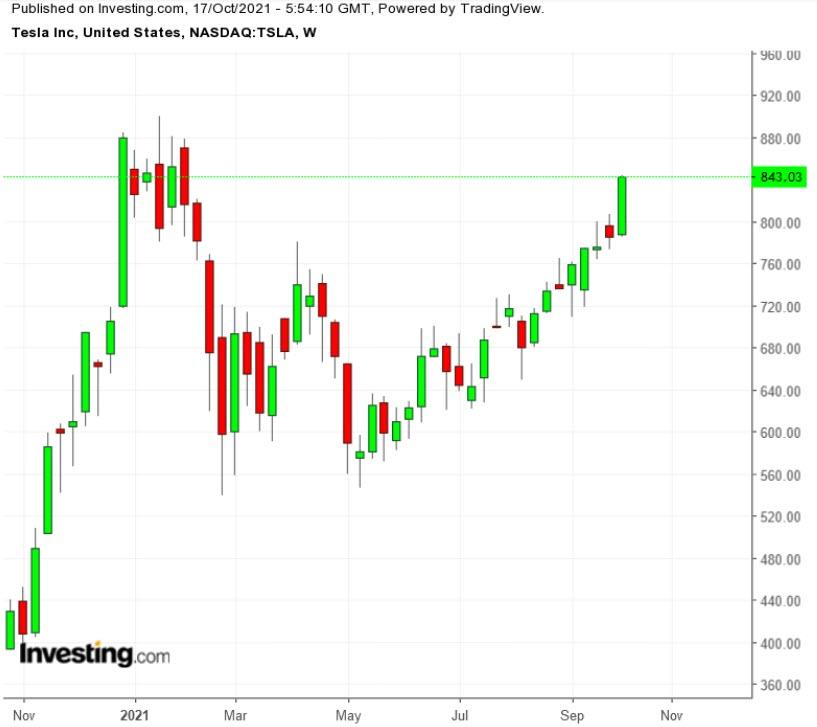 Tesla reported early this month that it delivered 241,300 electric vehicles during the period, beating analyst consensus estimates of around 220,900 cars. The company produced 237,823 cars in the period ending Sept. 30, 2021, Tesla said in its report. Of that, 228,882 were its Model 3 and Y vehicles, Tesla’s more affordable mid-range offerings.

The stock has gained 30% during the past quarter, on expectations that Tesla is on course to expand its margins as its sales volume improves. The higher sales figures also show that the company is in a better position to overcome the supply shortages that are hurting other car makers. TSLA shares closed on Friday at $843.03.

Chipmaker Intel (NASDAQ:INTC) is yet another tech heavyweight set to release earnings during the upcoming week. The Santa Clara, California-based company will report its latest quarterly earnings on Thursday, Oct. 21, after the close. 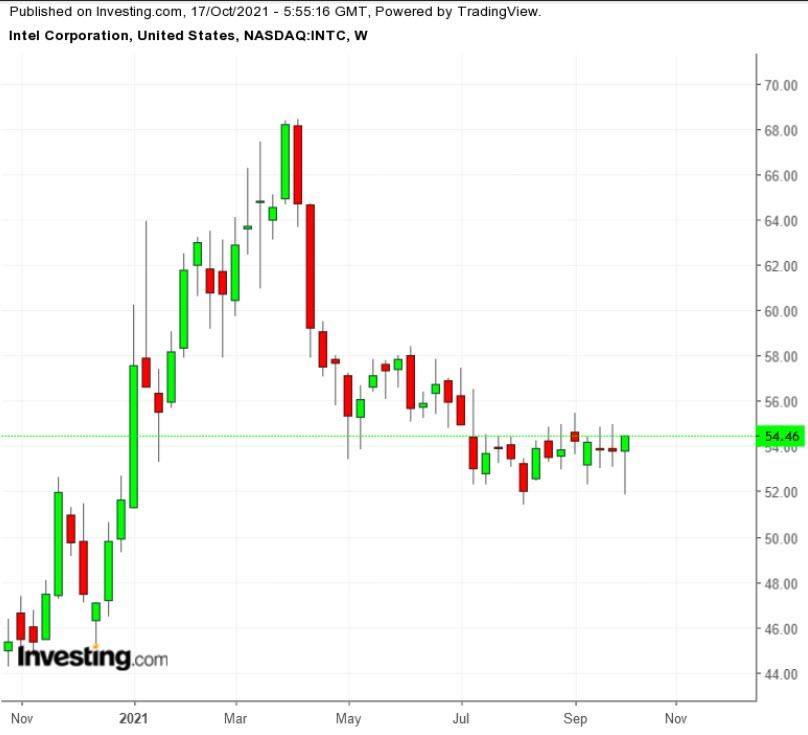 The semiconductor giant is projected to report $1.1 a share profit on revenue of $18.24 billion, according to analyst consensus. But earnings will perhaps take a backseat as investors focus on the company’s turnaround efforts to shepherd the chipmaker out of a crisis threatening its leadership of the chip industry.

Intel has lagged in introducing newer and faster products and has lost some of its biggest customers, such as Apple (NASDAQ:AAPL), which has decided to manufacture its own chips.

Intel shares, which closed at $54.46 on Friday, have underperformed in the current market rebound, when compared to other chip producers.

The stock has mostly traded sideways during the past year, even as the benchmark Philadelphia Semiconductor Index gained about 40% during the same period.