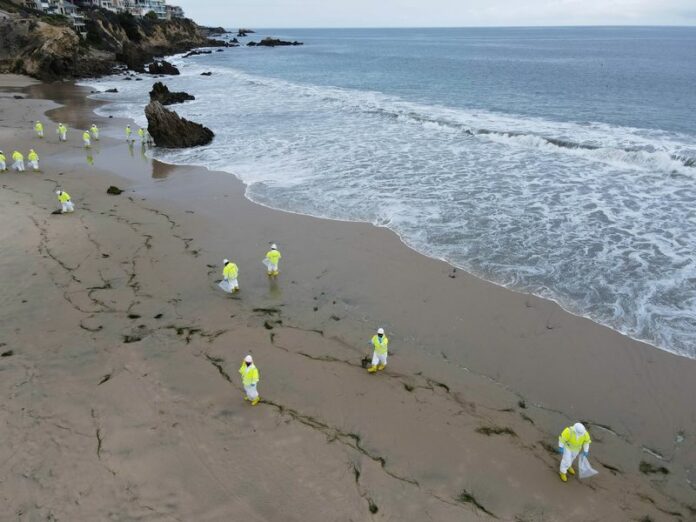 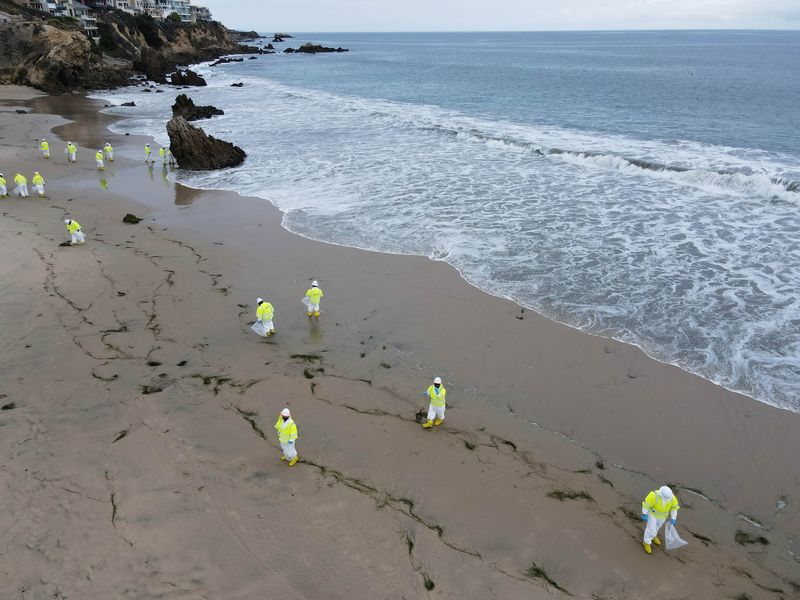 (Reuters) – The U.S. Coast Guard boarded a container ship on Saturday in the Port of Long Beach that dragged its anchor close to a subsea pipeline found to be the source of an oil spill off Orange County, California, it said in a press release.

The spill released some 3,000 barrels (126,000 gallons) of crude oil into the Pacific Ocean, killing wildlife, blackening the coastline and forcing officials to close beaches south of Los Angeles.

In its statement, the Coast Guard said an investigation had determined that the MSC DANIT was involved in the anchor-dragging incident “during a heavy weather event” that impacted Long Beach and Los Angeles ports in January.

As a result, it said, MSC Mediterranean Shipping Company S.A., which operates the vessel, and Dordellas Finance Corporation, the ship’s owner, have been designated by the Coast Guard as parties of interest in the investigation.

The designation allows the companies to be represented by counsel, examine and cross-examine witnesses, and call witnesses who are relevant to the investigation, the Coast Guard said.

The Coast Guard said the investigation was ongoing and that “multiple pipeline scenarios” as well as additional vessels of interest continue to be investigated.

Amplify Energy (NYSE:AMPY), which owns the pipeline, has said it was “pulled like a bowstring” about 105 feet (32 meters) from where it should have been.