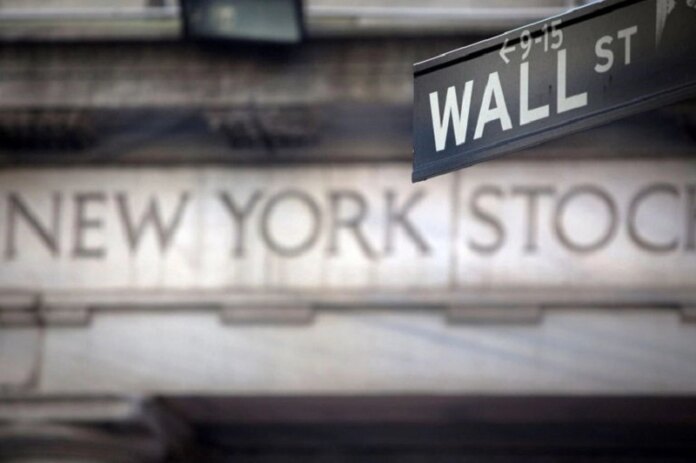 Investing.com — China’s economy slowed more sharply in the third quarter than expected, with industry in particular ending the quarter on a weak note. U.S. industrial production data for September are due later. U.K. bonds fell as the Bank of England gave its clearest warning yet of an imminent interest rate hike, while even the ECB raised an eyebrow at signs of rising price expectations. Bitcoin approached an all-time high as regulatory approval neared for the first Bitcoin-based ETF. Oil prices continued to rise, and natural gas prices shot up in Europe as Russia indicated it wasn’t going to open the taps for November. Here’s what you need to know in financial markets on Monday, 18th October.

The Chinese economy slowed more than expected in the third quarter, as a wave of Covid-related lockdowns disrupted activity across key sectors and the slow-motion trainwreck of China Evergrande and other overleveraged developers shifted up a gear.

Annual gross domestic product growth slowed to only 4.9% from 7.9% in the three months through June, as falling home sales and tightening credit conditions hit the real estate sector and pollution regulations forced a broadening shutdown of energy-intensive industry. Lockdowns meanwhile depressed retail sales, despite a rebound in September as they were lifted.

In quarter-on-quarter terms, the economy grew only 0.2%, less than the 0.5% expected, with industrial production weakening sharply as the quarter ended due to a worsening energy market balance.

Such a move would instantly expand the access of both retail and institutional investors to Bitcoin movements – although it would not by itself immediately affect the adoption of the digital asset as a means of payment, given that both funds under consideration – backed by Invesco and Proshares – are based on cash-settled Bitcoin futures that already trade on the Chicago Mercantile Exchange, rather than Bitcoin itself.

The ProShares Bitcoin Strategy ETF (NYSE:BITO) has Monday as its listing date on the New York Stock Exchange, but that doesn’t necessarily mean trading in it will begin today.

U.S. stock markets are set to open the week cautiously both in response to the Chinese data and with an eye to the flood of quarterly earnings due this week.

That said, the week gets off to a relatively quiet start with grocery chain Albertson’s, and the banks State Street (NYSE:STT) and Zions heading a short list of companies reporting. Overnight, Dutch medical devices Philips became the latest blue-chip to revise down its guidance due to semiconductor shortages and shipping problems.

The data calendar meanwhile has only the NAHB’s housing market index and September’s industrial production of note.

The corpse that is the European interest rate futures market twitched after Bank of Italy Governor Ignazio Visco – not one of the European Central Bank’s most hawkish members – acknowledged that inflation expectations were running higher than the ECB would like.

Euro short-term interest rate futures ticked up on the comments on growing speculation that the ECB will have to reluctantly follow other central banks in starting to remove stimulus.

Crude oil prices continued to advance, shrugging off rather clear evidence that marginal buying from China is slowing in line with the rest of the economy.

In Europe, meanwhile, benchmark natural gas futures in the Netherlands leaped 11% after Russian gas monopoly Gazprom (MCX:GAZP) declined to ship any extra gas through the Ukrainian pipeline system in November, an act that further raises the pressure on the EU to finish regulatory approvals for the Nord Stream 2 pipeline. The line was filled with technical gas at the weekend, an essential preliminary to commercial shipments.