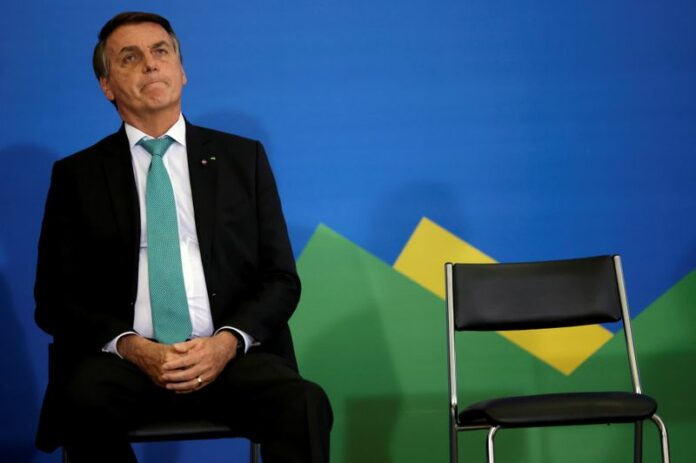 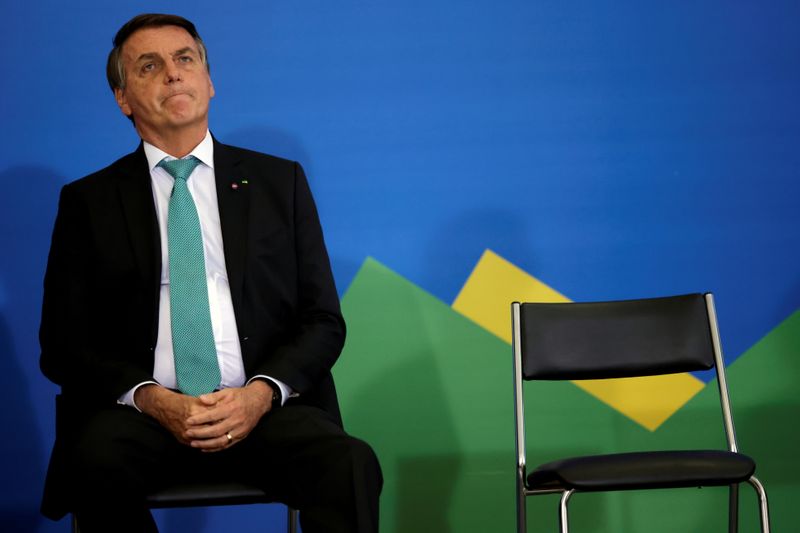 By Marcela Ayres and Ricardo Brito

BRASILIA (Reuters) -Brazil’s economy minister opened the door on Wednesday to a one-off breach of a constitutional spending cap to pay for a bigger welfare program proposed by Brazilian President Jair Bolsonaro.

Economy Minister Paulo Guedes made his comments after financial markets closed. They appeared to contradict Bolsonaro’s assurances, hours earlier, that Brazil could more than double payouts of its main welfare program without stretching the strict fiscal rules.

“Yesterday we decided to raise the old ‘Bolsa Familia’ to 400 reais, given that the emergency (pandemic) cash aid is coming to an end,” Bolsonaro said in Ceara state, referring to a welfare program now paying an average of 190 reais per month.

“We have the responsibility to make these resources come from within the budget,” he added.

The president’s comments helped to calm Brazil’s financial markets, which were pummeled on Tuesday when reports on the new welfare proposal suggested it would require an exemption from the government’s spending cap.

Guedes revived those concerns in a remote address to a real estate forum on Wednesday evening, suggesting the government might request a waiver of 30 billion reais ($5.4 billion) to cover the short-term welfare expansion.

Bolsonaro’s popularity has been slipping one year ahead of the 2022 election due to rising inflation and his hands-off approach to the pandemic. He has looked to expand a welfare program he had compared to vote-buying schemes during his 2018 campaign.

In a news conference on Wednesday, Citizenship Minister Joao Roma said the new program, renamed “Auxilio Brasil,” would begin paying at least 400 reais per month, from November, to some 17 million families. The ‘Bolsa Familia’ program now pays an average 190 reais to about 14.7 million families.

Additional spending for the more generous benefits Bolsonaro wants may cost an additional 50 billion reais, part of which could exceed the spending limit, a source with knowledge of the matter told Reuters on Wednesday.

On Tuesday, reports the program would breach the spending cap sparked a selloff in financial markets, prompting the government to scrap a scheduled event to announce the program.

On Wednesday, the Brazilian real rebounded after Bolsonaro’s reassurances of fiscal discipline, up more than 0.5%. The benchmark Bovespa stock index was little changed a day after losing 3%.

Guedes canceled a trip to Sao Paulo on Wednesday amid negotiations in the capital Brasilia.

Guedes said the government was now looking to trim other expenses or request an exception to its spending cap in order to pay poor families 400 reais per month.