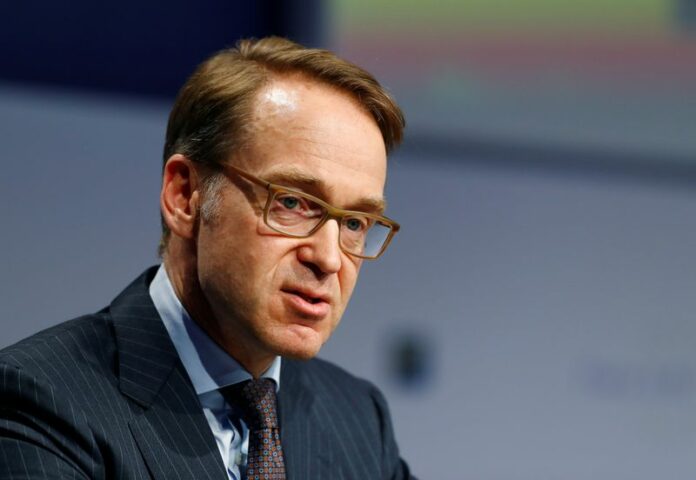 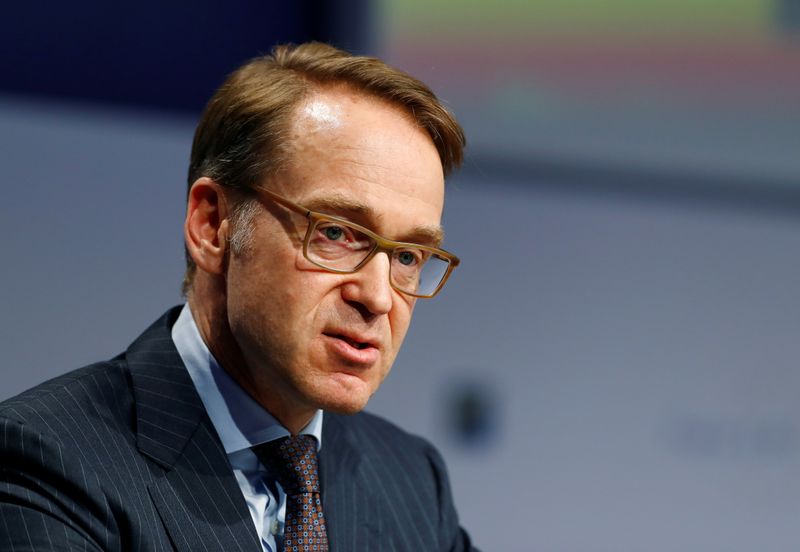 Following are reactions to his resignation:

“Jens Weidmann was a strong president at the Bundesbank for a decade and an internationally respected voice on monetary policy. Even during turbulent times, among others during the euro crisis and the coronavirus pandemic, he defended the course of stable monetary policy but at the same time kept his eye on the overall economic situation. For that, he deserves great appreciation and our respect.”

“Jens Weidmann has earned a high reputation as Bundesbank President thanks to his expertise in economic questions beyond monetary policy and as an important voice for stability-oriented monetary and fiscal policy.

“His resignation comes at a time when the future of monetary policy and the rules of the European Stability and Growth Pact are being discussed intensely. His high level of technical competence and his personal authority are needed in this debate.

“It is important in my view that his successor advocates similarly for stable monetary policy and solid government finances in Europe.”

“Jens Weidmann has been an exemplary president of the Bundesbank and has made an incredibly important contribution to European monetary policy.

“He is a very good economist and a shrewd leader who brought the German perspective into discussions and thus contributed significantly to the success of European monetary policy. As president of the Bundesbank, he has constantly stood up for the independence of the ECB and was thus a formidable voice in the ECB Governing Council.

“An independent monetary policy stance is essential for financial markets, trust and confidence in national central banks and the ECB, which allows for the ultimate goal of price stability to be achieved.”

“This resignation is not surprising. It is even understandable and resolute. Nobody can support policy that goes against his own convictions for more than a decade.

“Weidmann’s straightforward manner deserves full respect. He always agreed to compromises on the ECB governing council that were not honoured.

“Part of the reason for his weakened internal position was certainly the low priority that the German government gave the appointment of a successor to the ECB President in 2019.”

“My thanks go to Jens Weidmann for his extraordinary dedication at the helm of the Bundesbank over the past 10 years. He not only significantly shaped the monetary policy of Germany and Europe during that time but also advanced the development of international financial markets. Jens Weidmann has very much proven his worth to our country.”

“The resignation of Jens Weidmann is a bitter loss for the ECB governing council. Weidmann is one of few on the council that caution, that continuously warn against overstraining monetary policy and of too great a proximity to fiscal policy.

“The year 2022 could bring the decisive test of whether the ECB will take its goal of fighting inflation more seriously than the finance minister’s interest in low interest rates and bond purchases. Weidmann will be missed here.

“The new government has a great responsibility when it comes to naming a successor. It would be fatal if Germany sent a monetary policy dove into the ECB governing council.”

“All in all, Weidmann’s statement once again makes clear the already well-known fact that his positions are not widely reflected in the majority opinion of the ECB council. That Weidmann usually did not prevail with his positions could have played a role in his resignation.

“A new German government is unlikely to again appoint a Bundesbank president who stands at odds with the majority opinion of the ECB council. In this respect, Weidmann’s successor is likely to be less hawkish as Jens Weidmann. This surely does not make it more likely that the ECB will exit its very expansive monetary policy in the foreseeable future, even as the inflationary risks have significantly risen recently.”

“This comes at a crucial time for the ECB. The camp of the hawks is losing an important voice – at a time that increasing inflationary pressure seems to have fuelled a more balanced inflation assessment than in the summer.

“Even if board member Philip Lane yesterday reiterated that the ECB’s forward guidance currently did not really justify financial markets’ speculation about future rate hikes, higher inflation (prospects), herd immunity and an economy returning to pre-crisis levels before the end of the year are creating a strong argument to withdraw the ECB’s emergency stimulus and start reducing asset purchases.

“Maybe the decision to do the latter will be Weidmann’s last success as Bundesbank president at the ECB’s December meeting.”

“Jens is a good personal friend on whose loyalty I could always count. While Jens had clear views on monetary policy I was always impressed by his search for common ground in the Governing Council, by his empathy for his Eurosystem colleagues, and his willingness to find a compromise.”

“(Weidmann) stood for stability-oriented monetary policy, whose importance is growing in the face of inflationary risks.”

“The new German government will likely appoint a less hawkish successor. Perhaps Isabel Schnabel (currently on the ECB board) or somebody with similar mainstream views.

“Weidmann’s resignation ‘for personal reasons’ may tilt the debate within the ECB a bit more in a dovish direction. But not very much. He is not the only hawk on the ECB council. Also, many mainstream members on the ECB governing council would also be ready to phase out asset purchases earlier and raise rates earlier than current ECB guidance indicates if inflation were to surprise the ECB to the upside.

“Weidmann will still be there when the ECB council decides on 16 December by how much it will scale up the standard APP asset purchases and make them more flexible upon the likely end of – or phasing out of – its pandemic emergency purchases (PEPP) from April 2022 onwards.”

“For me, there are two specific events that will leave a negative mark in Jens Weidmann’s legacy: the reaction to the OMT (public opposition, and testimony at the German Constitutional Court. Not only it hurt the programme but it highlighted the dissensions at the ECB, weakening the overall credibility of the ECB. Same in September 2019, when he publicly opposed to the new APP (asset purchase programme).

“Nevertheless, and more importantly, for me Jens Weidmann has had a way more balanced approach than previous German central bankers: he tolerated the APP, he supported the PEPP, and has had overall a ‘constructive’ opposition to the accommodative monetary policy. And the fact that most of the time, he remained constructive, despite his opposition, allowed the ECB to be more proactive and more efficient.”