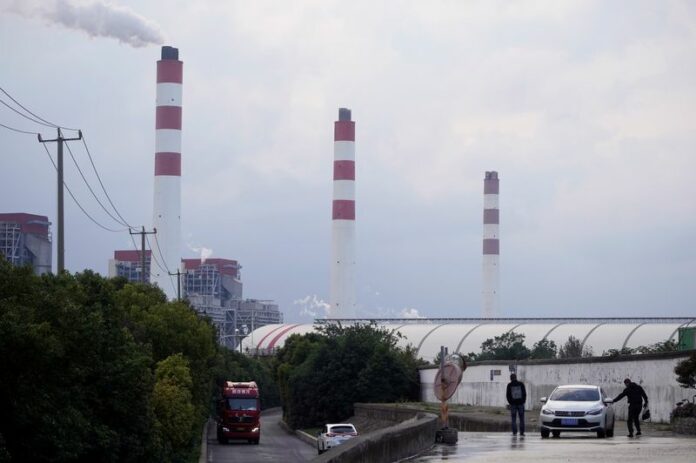 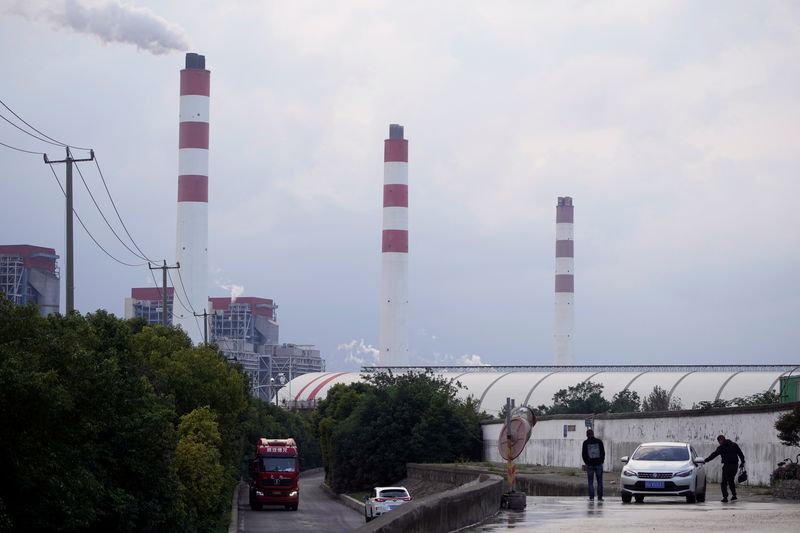 By Shivani Singh and Muyu Xu

BEIJING (Reuters) – China’s thermal coal futures plunged on Friday and turned in their worst week in five months, following Beijing’s strongest intervention in years to boost supply and cool runaway prices of the commodity amid a widespread power crunch.

The most-traded contract on Zhengzhou Commodity Exchange, for delivery in January, hit the lower daily trading limit of 14% and settled at 1,408.4 yuan ($220) a tonne.

That was nearly 30% below a record high hit on Tuesday and down nearly 15% for the week, the biggest weekly drop since May.

Coking coal shed 11.1% and coke futures dropped 9% on the Dalian Commodity Exchange on Friday, extending losses from prior sessions.

“We’re now seeing the fruits of China’s supply response, as the government has given miners carte blanche to produce at full tilt – even permitting the relaxation of safety inspections in some cases,” said Atilla Widnell, managing director at Navigate Commodities in Singapore.

“Therefore, we can expect prices to fall almost as fast as they’ve risen now that a wave of supply is inbound,” he added.

China has been pushing coal miners to ramp up output and hiking imports so that power stations can rebuild stockpiles before the winter heating season, but analysts say shortages are likely to persist for at least another few months.

On Friday, President Xi Jinping said China will make efforts to ensure the stable supply of coal and electricity for economic and social use and also called up more exploration and development of oil and gas, state media reported.

China’s state planner, the National Development and Reform Commission (NDRC), has put out several statements since Tuesday night that it was studying ways to guide prices back to a “reasonable range” and to crack down on “excessive profits” at coal firms.

On Friday, the NDRC said it held a meeting with large state-run companies including oil refiner Sinopec (NYSE:SHI), aluminium giant Chinalco and steelmaker China Baowu on “rational” energy usage by industry on Thursday and said they should take the lead in energy-saving and carbon reduction.

The NDRC “has concluded that the unbridled soaring of coal prices is partly driven by those hoping to hit the jackpot by taking advantage of the power supply falling short of actual need”, Chinese state media outlet China Daily wrote on Thursday.

There should be “zero tolerance to the hoarding of coal”, the newspaper added. “It is of the utmost importance to rein in coal prices as they will pose a threat to people’s daily lives when winter sets in.”

Due to cold winds and rain, temperatures in most parts of central and eastern China are currently lower than normal, the National Meteorological Center said.

Spot coal prices also hit the brakes after a week of daily increases as some of China’s major coal producers vowed to cap thermal coal prices in the winter and next spring. Key coal transporting ports such as Qinhuangdao have also pledged not to hike prices.

China’s coal output is rising after some 153 mines received approvals to expand capacity. As of this week, daily production rose 4% from a month ago to 11.6 million tonnes.

China’s second-biggest mining region, Inner Mongolia, expects its 2021 coal production to exceed 1.05 billion tonnes, state media Workers’ Daily reported, citing an Inner Mongolia conference. This would be up from 1 billion in 2020, according to National Bureau of Statistics data.

But traders and power plants are taking a wait-and-see approach.

“Prices fell because of government intervention, but it doesn’t mean that the supply and demand situation is seeing meaningful improvement,” a Shaanxi-based coal trader said on condition of anonymity.

The government has urged mines and railway departments to prioritise supply to power plants, while other energy-intensive users such as cement and steel plants have to fight for the little coal in the market at expensive prices, the trader added.

Danhua Chemical Technology, a coal chemical firm, has said it would stop ethylene glycol production due to coal shortage.

“The real challenge for coal supply would show after mid-November, when daily coal use at power plants increase but mining operation and transportation slow due to bleak weather,” said a coal trader with a major state-backed power plant on condition of anonymity due to company policy.

Coal imports have also been tepid since Wednesday as sellers and buyers wait to see the full impact of Beijing’s policies, traders said.

“No one wants to lower prices based on some government statements,” said a Shanghai-based trader dealing with Indonesian coal.