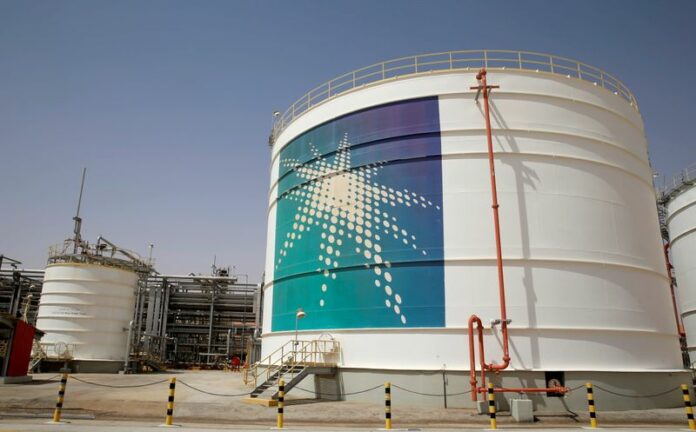 By Yousef Saba and Saeed Azhar

Nasser also warned that global spare capacity of crude was declining fast and there was a need for more investment, saying “demonising” the hydrocarbon industry was counterproductive to ensuring stable energy supplies.

” Saudi Aramco (SE:2222) will achieve the ambition of being net zero from our operations by 2050,” Nasser told the Saudi Green Initiative summit, where the kingdom’s crown prince earlier announced the Gulf Arab state would achieve net zero by 2060.

Nasser said investment in gas would allow Aramco to eliminate a lot of the liquid burning in the kingdom.

He said there was a need for an orderly energy transition with a parallel focus on existing and new energy sources, but warned Aramco could not work alone to ensure adequate crude spare capacity required by global economies as they emerge from the coronavirus pandemic.

“Spare capacity — this is our view — is around 3-4 million (bpd) and it is declining fast,” Nasser said, adding that if the global airline industry recovered then this would suck up some of that capacity.

“Our investment is not going to be enough. The rest of the world need to make the right investment now otherwise you will end up with a global economic crisis,” he said. “Demonising the hydrocarbon industry is not going to help anyone.”

In May, the International Energy Agency (IEA), the world’s top energy body, said in its “Net Zero by 2050” report that investors should not fund new oil, gas and coal supply projects beyond this year.

Ahead of a U.N. climate summit that starts at the end of October, the IEA said investment in renewable energy needs to triple by the end of the decade if the world hopes to effectively fight climate change and keep volatile energy markets under control.